All Prices mentioned below are supposed to be valid till 11:59 PM US PST November 2nd but Please double check the price before you download the book. Prices for eBooks changes every day (Sometimes, several times a day!)

Silence
For eleven years, Oakley Farrell has been silent. At the age of five, she stopped talking, and no one seems to know why. Refusing to communicate beyond a few physical actions, Oakley remains in her own little world. Bullied at school, she has just one friend, Cole Benson. Cole stands by her, refusing to believe that she is not perfect the way she is. Over the years, they have developed their own version of a normal friendship. However, will it still work as they start to grow even closer? When Oakley is forced to face someone from her past, can she hold her secret in any longer?
Kindle Price: $0.00
Click here to download this book.

Girl Number One: A Gripping Psychological Thriller
As a young child, Eleanor Blackwood witnessed her mother's murder in woods near their farm. The killer was never found. Now an adult, Eleanor discovers a woman's body in the same spot in the Cornish woods where her mother was strangled eighteen years before. But when the police get there, the body has disappeared. Is Eleanor’s disturbed mind playing tricks on her again, or has her mother’s killer resurfaced? And what does the number on the dead woman’s forehead signify?
Kindle Price: $0.99
Click here to download this book. 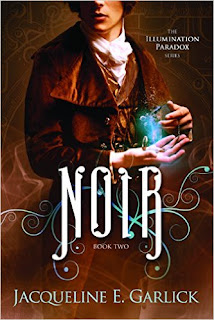 Noir (The Illumination Paradox Book 2)
Losing him would make her overcast world one shade darker.…Navigating her way through nightmarish lands devoid of sunlight, Eyelet Elsworth races to free her beloved Urlick Babbit, the first person to understand and accept her—differences and all. Framed for murder and sentenced to execution, Urlick is running out of time. And the Commonwealth’s tyrannical new ruler, Penelope Rapture, is strangely eager to speed up the clock. Aided by a band of unusual yet loyal associates, Eyelet stumbles upon a startling rumor. And as she unravels a secret that could challenge Penelope’s claim to the throne, Penelope vows to divert Eyelet’s journey—straight to a dark and deadly end.
Kindle Price: $1.99Click here to download this book. 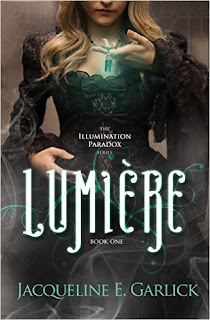 Lumière (The Illumination Paradox Book 1)
One determined girl. One resourceful boy. One miracle machine that could destroy everything. After an unexplained flash shatters her world, seventeen-year-old Eyelet Elsworth sets out to find the Illuminator, her father’s prized invention. With it, she hopes to cure herself of her debilitating seizures before Professor Smrt—her father’s arch nemesis—discovers her secret and locks her away in an asylum. Pursued by Smrt, Eyelet locates the Illuminator only to see it whisked away. She follows the thief into the world of the unknown, compelled not only by her quest but by the allure of the stranger—Urlick Babbit—who harbors secrets of his own. Together, they endure deadly Vapours and criminal-infested woods in pursuit of the same prize, only to discover the miracle machine they hoped would solve their problems may in fact be their biggest problem of all.
Kindle Price: $1.99Click here to download this book. 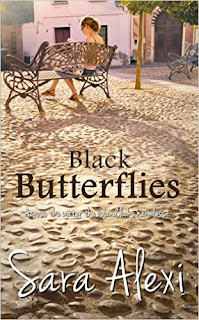 Black Butterflies. (The Greek Village Collection Book 2)
Marina has lived in the village for most of her life, rarely venturing beyond its safe boundaries, one day drifting into another, the passing of time only showing when she looks in the mirror. But she has a secret buried deep in the past is forcing her to make a journey to the island, and to face her demons..."Across the water the island looks harmless. From this distance it is a misty blue, undefined, drifting above the horizon. Floating like a mirage in the heat. The water is smooth, its shallow facets glinting in the sun, beckoning with beauty, giving the illusion that she can swim there. The sun shines without a care, lazy, hot. No sound except the lap of the water and the snuffle of a stray dog." Despite the heat of the sun and the ease of living she has much to do as time is running out for her to uncover the truth and protect her family from harm.
Kindle Price: $0.99Click here to download this book. 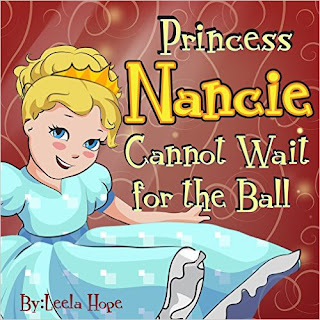 Children's Book:Princess Nancie Cannot Wait for the Ball (funny bedtime story collection,illustrated picture book for kids,Early reader book,Bedtime story for kids)
Princess Nancie is so excited, there is a big party at the castle tonight BUT the party does not start for many hours. Princess Nancie is getting very antsy, her arms are feeling dancy, and her feet are quite prancy. She really wants the Ball to start right away. She tries to sit on a chair and she tries to take a walk, but she just can not wait! Princess Nancie is so jumpy she knocks over the 999 suits of armor that line the castle's main hallway. So Nancie cleans up her mess and because she is doing something else and her mind is off the dance, time starts to pass. Before she knows it the Ball has started! Princess Nancie learns a useful strategy for waiting and being anxious about something.
Kindle Price: $0.99Click here to download this book. 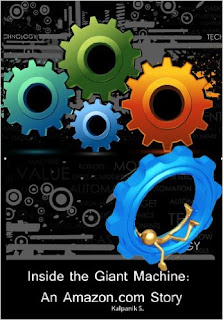 Featured Kindle Countdown Deal: Get 75% off Inside the Giant machine - An Amazon Story, Second Edition, Only $0.99, this week only.
Click here to download this book.