All Prices mentioned below are supposed to be valid till 11:59 PM US PST November 8th but Please double check the price before you download the book. Prices for eBooks changes every day (Sometimes, several times a day!)

My Husband's Boss
Summer was a young woman from the poor side of town with a dark past. She gave up on her dreams too young, but chance reunited her with a gorgeous alpha male she briefly met years earlier. He was a wild and strong alpha male, who also just happened to be a billionaire, untamed and unmasked. Against her better judgment, she explores her desires with the man who also happens to be her husband's boss, letting this taboo romance spiral quickly out of her control.
Kindle Price: $0.00
Click here to download this book.

One Last Lesson (DI Angus Henderson 1)
University has just become a dangerous place… The body of a young woman is found on a Sussex golf course. She is a student at a local university. She was a model on a pornographic web site, owned by two of her lecturers. DI Henderson believes the web site is key to unlocking this case. He digs deeper and deeper until…he is confronted by two vicious animals - but only one of them is human.
Kindle Price: $2.99
Click here to download this book. 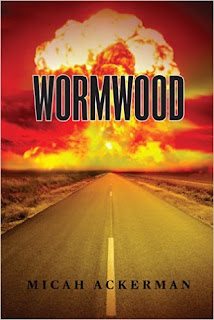 Wormwood
For Nate Wilder, anxiety is nothing new. Regularly suffering from panic attacks triggered by news reports of world catastrophes, he can barely handle his everyday life even when rationally, the events should not affect him. Nate becomes a prepper to help him cope with the anxiety, stocking a makeshift shelter. So when nuclear disaster actually strikes home, Nate must employ truly heroic courage or fold to his fears. But in the aftermath of the bombs, it quickly becomes apparent that surviving the attack is just the beginning—there is far worse yet to come.
Kindle Price: $0.99Click here to download this book. 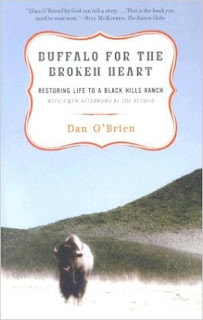 Buffalo for the Broken Heart: Restoring Life to a Black Hills Ranch
For twenty years Dan O’Brien struggled to make ends meet on his cattle ranch in South Dakota. But when a neighbor invited him to lend a hand at the annual buffalo roundup, O’Brien was inspired to convert his own ranch, the Broken Heart, to buffalo. Starting with thirteen calves, “short-necked, golden balls of wool,” O’Brien embarked on a journey that returned buffalo to his land for the first time in more than a century and a half.
Kindle Price: $0.99Click here to download this book. 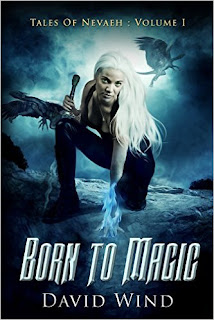 Born To Magic: Tales Of Nevaeh: Volume I
Welcome to Nevaeh— a world where technology no longer exists, but magic does. Long ago, the violence and radiation of the terrorist wars killed America. Those left dwell in a world of ritual and magic where ten dominions struggle for supremacy and a dark power rises to claim all. Areenna, the only daughter of the King of Freemorn, is barely eighteen, yet her psychic ability is strong. She is summoned to ‘The Island’ and learns that the fate of her world is in her hands. She must undertake a perilous journey to save Nevaeh from destruction. But she will not travel alone. Mikaal, the son of the High King of Nevaeh, has as much at stake as Areenna. Their quest takes them through haunted wastelands filled with mutants while an evil force does everything in its power to stop Areenna and Mikaal—for it wants Nevaeh as its own.
Kindle Price: $2.99Click here to download this book. 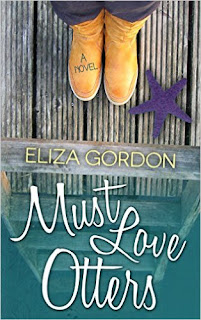 Must Love Otters
Hollie Porter is the chairwoman of Generation Disillusioned: at twenty-five years old, she’s saddled with a job she hates, a boyfriend who’s all wrong for her, and a vexing inability to say no. She’s already near her breaking point, so when one caller too many kicks the bucket during Hollie’s 911 shift, she cashes in the Sweethearts’ Spa & Stay gift certificate from her dad and heads to Revelation Cove, British Columbia. One caveat: she’s going solo. Any sweethearts will have to be found on site. Hollie hopes to find her beloved otters in the wilds of the Great White North, but instead she’s providing comic relief for staff and guests alike. Even Concierge Ryan, a former NHL star with bad knees and broken dreams, can’t stop her from stumbling from one (mis)adventure to another. Just when Hollie starts to think that a change of venue doesn’t mean a change in circumstances, the island works its charm and she starts to think she might have found the rejuvenation she so desperately desires. But then an uninvited guest crashes the party, forcing her to step out of the discomfort zone where she dwells and save the day … and maybe even herself in the process.
Kindle Price: $0.99Click here to download this book. 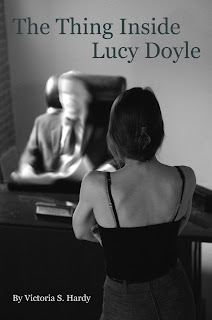 The Thing Inside Lucy Doyle
“I'm just as surprised as the reader is at what happens in my stories” says Georgia-born author Victoria S. Hardy about her “unconventional” style of writing. She plans nothing, makes no outlines and she doesn't even know how the story will end until the moments before she writes it.
Victoria's latest novel “The Thing Inside Lucy Doyle” is a “ Dean Koontz meets Stephen King” psychological thriller dealing with mind control, exorcism and a bit of the supernatural.
Kindle Price: $4.99Click here to download this book. 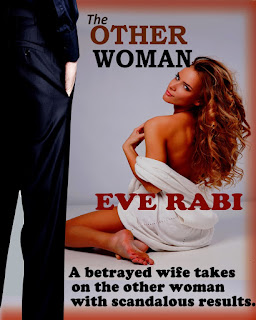 The Other Woman
These women steal our husbands, destroy families and shatter dreams because they can. Isn’t it time we wives fight back? A gripping suspense thriller.
Kindle Price: $3.99Click here to download this book.