All Prices mentioned below are supposed to be valid till 11:59 PM US PST November 9th but Please double check the price before you download the book. Prices for eBooks changes every day (Sometimes, several times a day!)

Married for Christmas (Willow Park Book 1)
After years of dreaming, Jessica is finally getting married, but the marriage isn't exactly what she thought. Daniel is her best friend, and she's known him all her life, but he's never gotten over losing his wife two years ago. His dream is to become the pastor of the church in their hometown, but the small-town congregation keeps balking over calling an unmarried minister. Since Daniel needs a wife and Jessica wants a husband and family, she proposes an arrangement that benefits both of them. They can get married. They can build a life together. They can celebrate Christmas as a couple. It's fine that he doesn't love her. And it's fine that she's not exactly suited to be a small-town pastor's wife. And it's fine that she's more attracted to her sexy, brooding husband every day. Jessica can be practical about this marriage. She knows what she's getting into, after all...
Kindle Price: $0.00
Click here to download this book.

CRASH POINT (DI Frank Miller Series Book 1)
While investigating the murder of a former detective, DI Frank Miller begins to see the connection between this and the murder of the head of Edinburgh’s Serious Crime Unit. As the investigation unfolds, a 25 year-old murder case is re-opened, and when Miller delves into the past, he finds that somebody had a secret that is costing people their lives. He also discovers the awful truth of who really killed his wife in a hit-and-run two years ago, and how his wife’s killer is coming after him…
Kindle Price: $0.99
Click here to download this book. 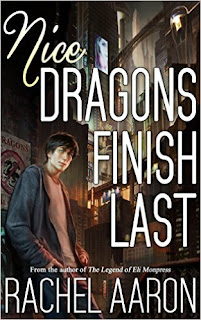 Nice Dragons Finish Last (Heartstrikers Book 1)
As the smallest dragon in the Heartstriker clan, Julius survives by a simple code: keep quiet, don’t cause trouble, and stay out of the way of bigger dragons. But this meek behavior doesn't fly in a family of ambitious magical predators, and his mother, Bethesda the Heartstriker, has finally reached the end of her patience. Now, sealed in human form and banished to the DFZ--a vertical metropolis built on the ruins of Old Detroit--Julius has one month to prove that he can be a ruthless dragon or kiss his true shape goodbye forever. But in a city of modern mages and vengeful spirits where dragons are considered monsters to be exterminated, he’s going to need some serious help to survive this test. He only hopes humans are more trustworthy than dragons...
Kindle Price: $1.99Click here to download this book. 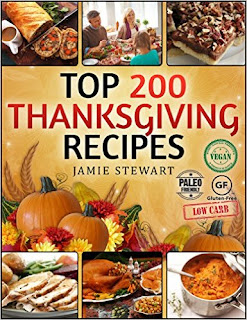 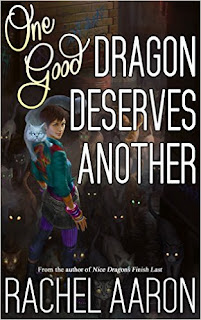 One Good Dragon Deserves Another (Heartstrikers Book 2)
After barely escaping the machinations of his terrifying mother, two all knowing seers, and countless bloodthirsty siblings, the last thing Julius wants to see is another dragon. Unfortunately for him, the only thing more dangerous than being a useless Heartstriker is being a useful one, and now that he’s got an in with the Three Sisters, Julius has become a key pawn in Bethesda the Heartstriker’s gamble to put her clan on top. Refusal to play along with his mother’s plans means death, but there’s more going on than even Bethesda knows, and with Estella back in the game with a vengeance, Heartstriker futures disappearing, and Algonquin’s dragon hunter closing in, the stakes are higher than even a seer can calculate. But when his most powerful family members start dropping like flies, it falls to Julius to defend the clan that never respected him and prove that, sometimes, the world’s worst dragon is the best one to have on your side.
Kindle Price: $1.99Click here to download this book. 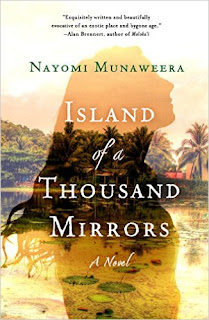 Island of a Thousand Mirrors: A Novel
Island of a Thousand Mirrors follows the fate of two families, one Tamil, one Sinhala as they straddle opposite sides of the long and brutal Sri Lankan civil war. Narrated by the eldest daughter of each family, the story explores how each woman negotiates war, migration, love, exile, and belonging. At its root, it s a story of a fragmented nation struggling to find its way to a new beginning.
Kindle Price: $2.99Click here to download this book. 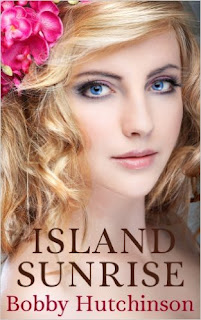 ISLAND SUNRISE
Carpenter Charlie Cossini has landed the gig of a lifetime, and she's in Hawaii to work.
Ben Gilmore, surfer and good time guy, can't believe he's been put in charge of the reno Charlie's been hired to do. Opposites attract--and mystery adds suspense.
Kindle Price: $0.99
Click here to download this book.
Posted by Joisel at 6:54 AM