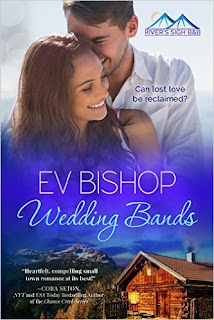 Wedding Bands
Ditched by her high school sweetheart, Callum Archer, on the night they’re supposed to elope, Jo Kendall casts out on her own, brokenhearted. Over the years, Jo reels in a life she loves, centered on the outdoors, fishing (favoring a lucky wedding band lure), and her fine dining restaurant—a life that crashes away when her husband and business partner cheats her, leaving her bankrupt and alone.
Kindle Price:  $0.00
Click here to download this book. 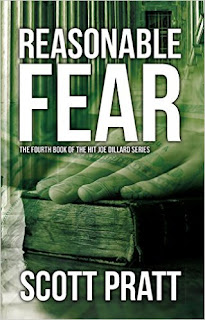 Reasonable Fear
In this novel, Dillard has become the district attorney in Northeast Tennessee. He becomes heavily involved in the investigation with Sheriff Leon Bates and soon realizes that he is up against an enemy that he has never before encountered -- someone so rich and so powerful that the course of justice could be altered by money and political influence. But when bodies start showing up in his driveway and his family is threatened with termination, Dillard must ask himself a previously unthinkable question. His life, and the lives of his family, depend on the answer.
Kindle Price:  $1.99
Click here to download this book. 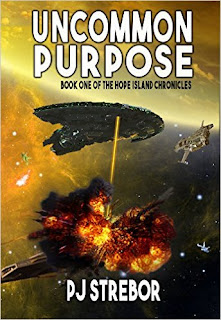 Uncommon Purpose
Following the bloody war between the Athenian Republic and the Pruessen Empire, an uneasy peace has settled over the region of space known as The Tunguska Fault. The Telford family’s independent trading vessel, the Belinda is captured by Pruessen slavers and the crew forced into a life of brutal servitude. Their desperate bid for freedom succeeds but a tragic price is paid.
Kindle Price:  $0.99
Click here to download this book. 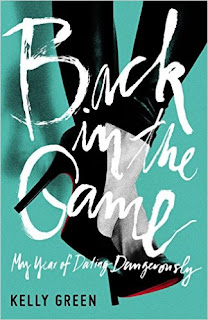 Back in the Game: My Year of Dating Dangerously
When your marriage fails, you have a choice. You can curl up on the couch with a tub of ice cream and wallow in self-pity…or you can pick yourself up and search for a better life with a better man. Kelly Green was faced with this choice.  She was the quintessential American wife and working mother of four small children. She had it all and did it all; her hobbies were interior decorating, Pilates, school fundraisers, and book clubs – basically, all the stuff women think they’re “supposed” to do. Then her “perfect” world was rocked by betrayal and divorce…and Kelly threw out her ice cream, put on a sexy dress, and spent a year re-discovering what it was really like to live.
Kindle Price:  $0.99
Click here to download this book. 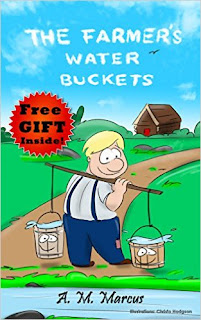 The Farmer's Water Buckets
This book shows a great example of looking at the bright side of things and aims to inspire children to embrace who they are with all their unique differences. This inspiring tale tells the story of The Farmer And His Watering Buckets in which one of the watering buckets unfortunately breaks. From then on, the broken bucket feels sad about not living to the expectations of others and not being able to help the farmer like he used to before he got broke.
Kindle Price:  $2.99
Click here to download this book. 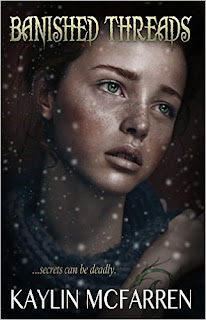 Banished Threads
After arriving in England on a much-deserved vacation, Rachel Lyons and Chase Cohen are quickly forced into becoming crime-stopping sleuths when a collection of priceless Morris Graves’ paintings turns up missing at her uncle's gallery. Determined to clear him of all wrong-doing and free his accused granddaughter, the treasure-hunting duo risk not only their relationship but also the life of their unborn child when it’s discovered that someone is determined to destroy the Lyons’ family by any means necessary.
Kindle Price:  $0.99
Click here to download this book. 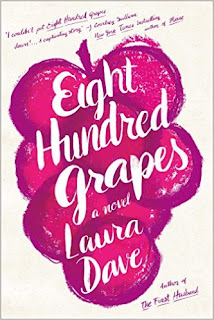 Eight Hundred Grapes
There are secrets you share, and secrets you hide…Growing up on her family’s Sonoma vineyard, Georgia Ford learned some important secrets. The secret number of grapes it takes to make a bottle of wine: eight hundred. The secret ingredient in her mother’s lasagna: chocolate. The secret behind ending a fight: hold hands. But just a week before her wedding, thirty-year-old Georgia discovers her beloved fiancé has been keeping a secret so explosive, it will change their lives forever.
Kindle Price:  $1.99
Click here to download this book. 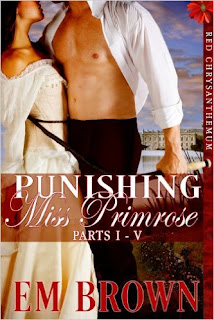 Punishing Miss Primrose
A member of the wickedly wanton Inn of the Red Chrysanthemum, where the most taboo and illicit pleasures are indulged, Miss Primrose—or Mistress Primrose, as she prefers—left Nicholas Edelton a shell of a man. Now his older brother, Spencer Edelton, the Marquess of Carey, intends to provide her a set-down she will never forget.
Kindle Price:  $0.00
Click here to download this book. 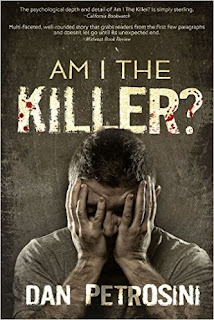 Am I the Killer?
Peter, a brain-injured veteran with a motive, is arrested for murder. The victim bullied Peter throughout his youth, and, on the night of the murder, he discovered the bully stole his fianceé while Peter served overseas. Detective Luca leads the investigation but believes the marine's inability to recall events on the fateful night are injury related and not an attempt by Peter to hide the truth. As political pressure to solve the case rises, Luca pursues other leads but evidence points at Peter. Even his brother, Vinny, who dropped everything to help his injured brother recover, begins to question Peter’s guilt.
Kindle Price:  $0.99
Click here to download this book. 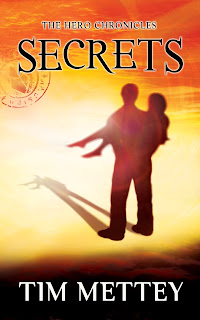