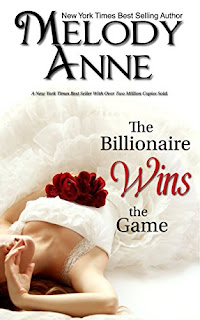 The Billionaire Wins the Game
Joseph Anderson has decided it's time for his three successful sons to find brides. Joseph wants grandchildren to fill his mansion, and he wants them immediately. His eldest son, Lucas, is successful in all areas of his life, except love, and Joseph begins matchmaking. He finds Amy Harper and deems her the perfect daughter-in-law. He just needs to get her and Lucas to both realize they're made for each other.
Kindle Price: $0.00
Click here to download this book. 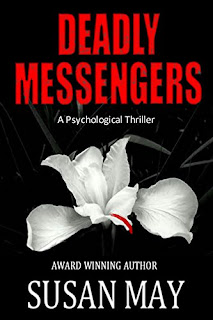 Deadly Messengers
Freelancer Kendall Jennings writes fluff pieces for women's magazines. When a horrific massacre occurs at Café Amaretto, she scores an exclusive interview with a survivor. Suddenly, she's the go-to reporter for the crime. Investigating veteran detective Lance O'Grady and his partner Trip are tasked with finalizing the open and shut case. Seven people are dead at the hands of an unprovoked killer wielding an axe. Then another mass killing occurs. This time, arson, and ten eldercare facility residents die in the blaze. Again the killer dies at the scene. The crimes have no motive, and Lance O'Grady is left wondering how evil can strike twice in such a short space of time. Then it happens again. Even more shocking: a mother with a gun goes on a rampage at a family birthday party. The killers share one odd detail: none have a murderer's profile. No history of violence. No connection to terrorists. No vendettas. Ordinary citizens suddenly just became killers.
Kindle Price: $0.99
Click here to download this book. 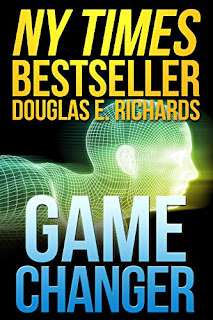 Game Changer
Kevin Quinn is a Secret Service agent who believes the president needs to die, and is determined to make this happen. But when Quinn becomes the most wanted man in America, he finds himself at the epicenter of an insidious and far-reaching plot. Are the Russians behind it? The Israelis? Some other powerful group? And why does Rachel Howard, a harmless civilian neuroscientist, appear to be the most critical piece of the entire puzzle?
Kindle Price: $1.99
Click here to download this book. 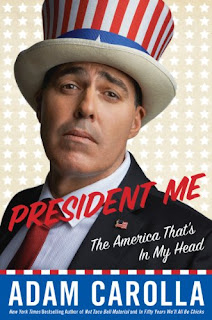 President Me: The America That's in My Head
Podcast king Adam Carolla first shared his unique, but always funny world view in his New York Times bestseller In Fifty Years We’ll All Be Chicks—but he’s not done. In President Me, Carolla shares his vision for a different, better America free from big issues like big government down to small problems like hotel alarm clock placement. Running on an anti-narcissism platform, President Carolla calls for a return to the values of an earlier time when stew and casserole were on every dinner table and there were no “service dogs” on airplanes. President Me hits right at the heart of what makes our country really annoying, and offers a plan to make all of our lives, but mostly Adam’s, much better.
Kindle Price: $1.99
Click here to download this book. 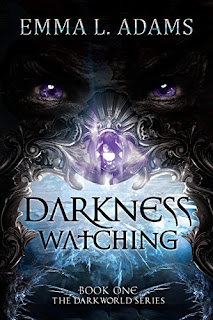 Darkness Watching
Eighteen-year-old Ashlyn is one interview away from her future when she first sees the demons. She thinks she's losing her mind, but the truth is far more frightening: she can see into the Darkworld, the home of spirits– and the darkness is staring back.
Kindle Price: $2.99
Click here to download this book. 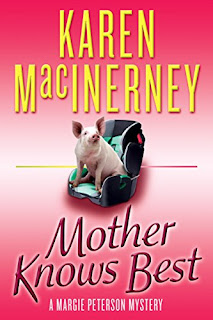 Mother Knows Best
Things aren’t going well for private investigator and mom Margie Peterson. Her husband, Blake, is claiming his taste for drag queens is “just a phase.” Her first-grade daughter isn’t fitting in at her new posh elementary school, Holy Oaks Catholic School. And her hippie mother has swept into town and replaced the family’s store of processed foods with seaweed snacks. To top it all off, a late-night phone call from her boss, Peaches Barlowe, has pulled Margie into a very strange murder case, one that involves the Holy Oaks headmaster, George Cavendish. Poor man—he just happened to die in a dominatrix’s pink vinyl wading pool while wearing nothing but Aquaman tights and goggles.
Kindle Price: $2.00
Click here to download this book.