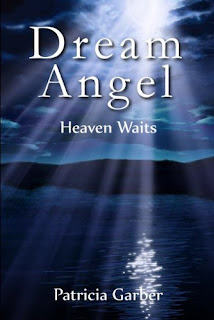 Dream Angel
Standing over the grave of Memphis Tennessee's most famous resident, Elvis Presley, in the conclusion of Eternal Flame (Xlibris, Corp, 2007), Samantha Lynn Bennett sheds one last tear. She'd wanted to be strong, and trust God to mend her broken heart. But the healing power of time was not her friend. Samantha lacked patience. She loved her gaurdian angel as she loved no other man and she'd waited for him longer than she had any other. Now, with the cascading water from the fountain in the gardens center comforting her, and the night invigorating her, she vowed to get her angel back. When a dashingly handsome stranger stepped out from the shadows, a plan formed.
Kindle Price: $0.00
Click here to download this book. 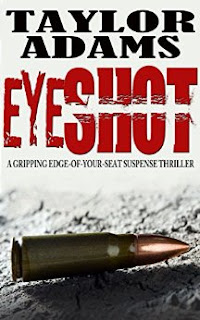 EYESHOT
James and Elle Eversman are a young couple travelling through the Mojave desert on their way to a new life. When their car mysteriously breaks down they are stranded in the middle of nowhere without much water and no cell-phone reception. A mile away a deadly sniper has them in his cross-hairs. They are pinned down behind their broken-down car, surrounded by open ground in all directions. There’s nowhere to run and no one to help them. How can they possibly survive?
Kindle Price: $0.99
Click here to download this book. 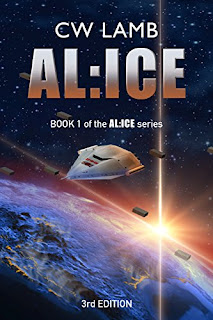 ALICE
Captain Jacob Thomas USMC is a divorced combat veteran just trying to get his life back on track. Returning to the Marine Corps after a failed attempt at reconciliation with his estranged wife, Jake volunteers for a DARPA experiment that catapults him into a future where humanity has been stripped of 200 years of technological advancements and more than half its population.With the help of a faceless benefactor named Alice, he escapes the confines of an abandoned lab facility and starts a journey to put earth back on a path to recovery. Jake's path begins in the rich farmlands of central California and eventually places him in orbit and face to face with the very evil that started it all.
Kindle Price: $0.99
Click here to download this book. 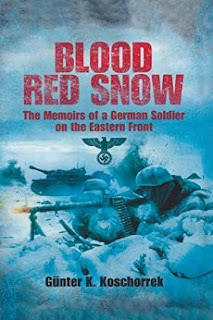 Blood Red Snow: The Memoirs of a German Soldier on the Eastern Front
For the German soldier fighting under Hitler, keeping a diary was strictly forbidden. So Gunter Koschorrek, a fresh young recruit, wrote his notes on whatever scraps of paper he could find and sewed the pages into the lining of his winter coat. Left with his mother on his rare trips home, this illicit diary eventually was lost—and did not come to light until some 40 years later when Koschorrek was reunited with his daughter in America. It is this remarkable document, a unique day-to-day account of the common German soldier’s experience, that makes up the memoir that is Blood Red Snow.
Kindle Price: $0.99
Click here to download this book. 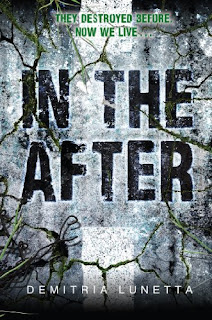 In the After
They hear the most silent of footsteps. They are faster than anything you've ever seen. And They won't stop chasing you...until you are dead. Amy is watching TV when it happens, when the world is attacked by Them. These vile creatures are rapidly devouring mankind. Most of the population is overtaken, but Amy manages to escape—and even rescue “Baby,” a toddler left behind in the chaos. Marooned in Amy’s house, the girls do everything they can to survive—and avoid Them at all costs. After years of hiding, they are miraculously rescued and taken to New Hope, a colony of survivors living in a former government research compound. While at first the colony seems like a dream with plenty of food, safety, and shelter, New Hope slowly reveals that it is far from ideal. And Amy soon realizes that unless things change, she’ll lose Baby—and much more.
Kindle Price: $1.99
Click here to download this book. 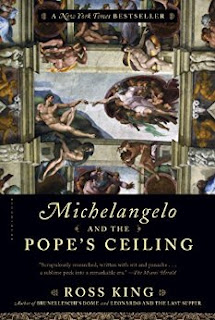 Michelangelo and the Pope's Ceiling
In 1508, despite strong advice to the contrary, the powerful Pope Julius II commissioned Michelangelo to paint the ceiling of the newly restored Sistine Chapel. With little experience as a painter (though famed for his sculpture David), Michelangelo was reluctant to begin the massive project. Michelangelo and the Pope's Ceiling recounts the four extraordinary years Michelangelo spent laboring over the vast ceiling while the power politics and personal rivalries that abounded in Rome swirled around him. Battling against ill health, financial difficulties, domestic problems, the pope's impatience, and a bitter rivalry with the brilliant young painter Raphael, Michelangelo created scenes so beautiful that they are considered one of the greatest masterpieces of all time. A panorama of illustrious figures converged around the creation of this great work-from the great Dutch scholar Desiderius Erasmus to the young Martin Luther-and Ross King skillfully weaves them through his compelling historical narrative, offering uncommon insight into the intersection of art and history.
Kindle Price: $1.99
Click here to download this book.