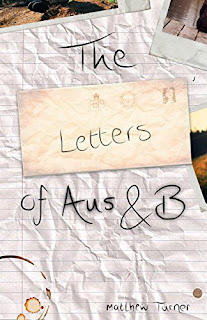 The Letters of Aus and B
"My name is Ausdylan Elvis Ashford, a twenty-two-year-old who leads a rather perfect life. Well, that is until my perfect girlfriend, B, changed both of our lives forever. But before the emotional rollercoaster of I Unlove You, comes a series of letters between B and me. You see, we’ve always refused to text and send email, instead turning to pen and paper to share our love, our lives, our everyday frustrations and worries about what lies ahead. These letters unearth who we are, and provide a peek into the words we struggle to say out loud. These letters define our new-adulthood, and our journey into the real world of careers, responsibility, and figuring out who we are and who we’re meant to be. These letters share a happy time before everything unravels and I lose all that’s important to me. My name is Aus, and these are the letters before my (un)love story begins . . ."
Kindle Price: $0.00
Click here to download this book. 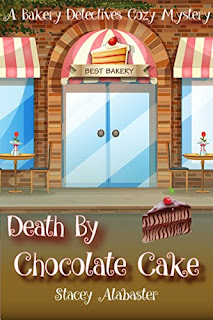 Death by Chocolate Cake
Rachael's business is taking off and starring on a reality TV show will only help her business grow ... unless someone winds up dead. When a judge on the reality show Baking Warriors gets poisoned, Rachael and Pippa find themselves involved in another murder investigation. Everyone from her fellow contestants to Pippa's new husband is a suspect and they must catch the killer quickly before someone else winds up dead.
Kindle Price: $0.99
Click here to download this book. Into the Dark
At fifteen, Alexis Carew has to face an age old problem - she's a girl, and only a boy can inherit the family's vast holdings. Her options are few. She must marry and watch a stranger run the lands, or become a penniless tenant and see the lands she so dearly loves sold off. Yet there may be another option, one that involves becoming a midshipman on a shorthanded Navy spaceship with no other women.
Kindle Price: $0.99
Click here to download this book. 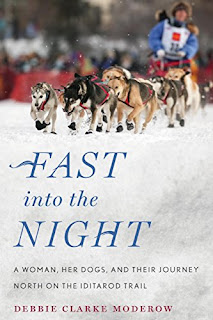 Fast into the Night: A Woman, Her Dogs, and Their Journey North on the Iditarod Trail
A captivating memoir of one woman’s attempt to finish the Iditarod, led by her team of spunky huskies with whom she shares a fascinating and inextricable bond. At age forty-seven, a mother of two, Debbie Moderow was not your average musher in the Iditarod, but that’s where she found herself when, less than 200 miles from the finish line, her dogs decided they didn’t want to run anymore. After all her preparation, after all the careful management of her team, and after their running so well for over a week, the huskies balked. But the sting of not completing the race after coming so far was nothing compared to the disappointment Moderow felt in having lost touch with her dogs.
Kindle Price: $2.99
Click here to download this book. 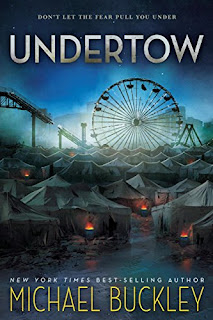 Undertow
Sixteen-year-old Lyric Walker’s life is forever changed when she witnesses the arrival of 30,000 Alpha, a five-nation race of ocean-dwelling warriors, on her beach in Coney Island. The world’s initial wonder and awe over the Alpha quickly turns ugly and paranoid and violent, and Lyric’s small town transforms into a military zone with humans on one side and Alpha on the other. When Lyric is recruited to help the crown prince, a boy named Fathom, assimilate, she begins to fall for him. But their love is a dangerous one, and there are forces on both sides working to keep them apart. Only, what if the Alpha are not actually the enemy? What if they are in fact humanity’s only hope of survival? Because the real enemy is coming. And it’s more terrifying than anything the world has ever seen.
Kindle Price: $2.99
Click here to download this book. 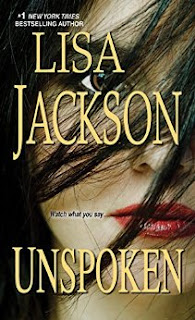 Unspoken
The More You Know
The envelope delivered to Shelby Cole's Seattle home contains no return address, just a photograph of a little girl. Shelby knows at once that this is the daughter she was told died at birth. And in that moment, Shelby knows something else: she needs to go back to Bad Luck, Texas.
The More You Tell
She's not the only one coming home. A long-ago killing is in the news again following recanted testimony. A violent nightmare from Shelby's past has been set free. And she can't shake a suspicion that someone is baiting her, luring her back here for their own ends.
The More There Is To Fear
Shelby's search for answers is met with stonewalling and hostility. Her only ally is a figure from her past--someone she has every reason not to trust. And in the midst of dark family revelations she uncovers a terrifying scheme of revenge. Because some secrets, once spoken, can never be forgotten--or forgiven. . .
Kindle Price: $1.99
Click here to download this book.
Posted by Joisel at 12:00 AM