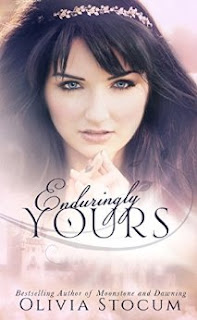 Enduringly Yours
England, 1192 Kingdoms throughout history have been won or lost upon a lady’s virtue. Men kill to have it. Men die for stealing it. Zipporah wished someone had warned her ahead of time… With her father ill, and the powerful Sir Gilburn now holding a claim on her family’s land through Prince John, Lady Zipporah’s fate hangs in the balance. Sir Peter, the knight she lost her greatest asset to three years ago, is the last person she should be relying on. If anyone knew the truth about their past, she could lose everything. Including Peter. Peter has seen her several times since returning from his tour in the Holy Land. Zipporah does her best to avoid him. He doesn't blame her. They have a past as long as the sea voyage he took from Antioch and back again. But Sir Gilburn has proven himself a dangerous rival, and Peter has to stop him—whether Zipporah will admit to needing him or not. Gilburn is sniffing around Zipporah like a hungry wolf. And Peter will do anything to save her…
Kindle Price: $0.00
Click here to download this book. 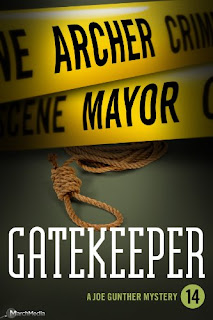 Gatekeeper
A known drug dealer is found hanging from a railroad trestle in Rutland, the daughter of a political bigwig is dead of an overdose in the man’s apartment, and a young woman (Gail Zigman’s niece) is shot while trying to rob a convenience store for drug money. Heroin is hitting Vermont in unprecedented quantities. Vermont Bureau of Investigation special agent Joe Gunther (and Zigman’s long time partner) is called upon by the governor to put his agency’s talents to work staunching this flood. Unfortunately for Joe, headstrong colleague Sammie Martens takes the initiative and goes undercover in Holyoke Massachusetts before a more organized operation can be put in place. Does Joe pull her out, or take advantage of this lucky but very risky break? Is Sammie fully prepared for what she’s about to encounter? Meanwhile, Gail Zigman, stunned by her niece’s plight, heads off on her own to discover what led to this tragedy, and Lester Spinney — another of Joe’s co-workers — finds that the scourge of drugs may have hit inside his own family, forcing him to put his job in jeopardy. Taking place in Holyoke and Brattleboro, Springfield, and Rutland, Vermont, Gatekeeper forces Joe Gunther to choose between possibly saving the lives of countless potential victims, and those of the friends he cherishes.
Kindle Price: $2.99
Click here to download this book. 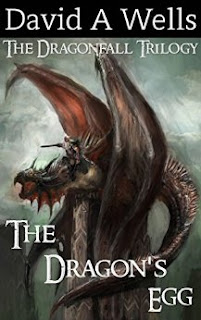 The Dragon's Egg
"Seventy-five years ago, the dragons fell from the sky. We thought they were just meteorites—six terrifying explosions rang the world like a bell. When the dust settled, we went on with our lives as though nothing had happened. More than a decade later, five of the eggs hatched. The dragons that emerged were small and weak. They kept to the shadows, working in secret to persuade people to do their bidding, offering magic as payment and reward. Years passed … and still we didn’t notice the evil growing in our midst. The war began suddenly. Survivors called it the ‘apocalypse’—nine billion people killed in an afternoon".
Kindle Price: $0.99
Click here to download this book. 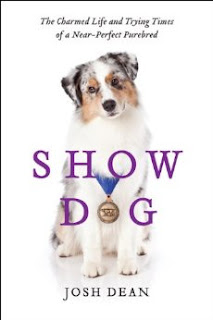 Show Dog: The Charmed Life and Trying Times of a Near-Perfect Purebred
A veteran magazine journalist captures the idiosyncratic world of professional dog showing, from the local competitions held in florescent-lit school gymnasiums to the granddaddy of them all, The Westminster Dog Show, as he follows a lovable novice dog through his inaugural year in competition.
Kindle Price: $1.99
Click here to download this book. 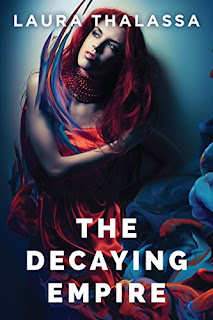 The Decaying Empire
When eighteen-year-old teleporter Ember Pierce wakes up in a Los Angeles hospital, she remembers only the basics: she’s been trained by the government as a spy, she’s sent on dangerous missions, and her last assignment—the one that landed her in the hospital—was a setup. Caden Hawthorne has spent the past ten months of his life grieving Ember’s death. So when she shows up in his room like an apparition, he can’t believe his eyes. But this Ember is different. Her hair is longer, her skin is paler, her gaze is haunted. She tells him what he’s already begun to suspect: someone he trusted betrayed her. Now, uncertain who is friend and who is foe, Ember and Caden face the toughest mission of their lives—to stay together and survive, as they run from danger toward an unknown future.
Kindle Price: $1.99
Click here to download this book. 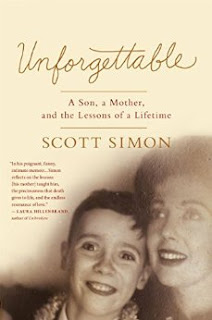 Unforgettable: A Son, a Mother, and the Lessons of a Lifetime
"UNFORGETTABLE is a son's spirited, affecting, and inspiring tribute to his remarkable mother and the love between parent and child. When NPR's Scott Simon began tweeting from his mother's hospital room in July 2013, he didn't know that his missives would soon spread well beyond his 1.2 million Twitter followers. Squeezing the magnitude of his final days with her into 140-character updates, Simon's evocative and moving meditations spread virally. Over the course of a few days, Simon chronicled his mother's death and reminisced about her life, revealing her humor and strength, and celebrating familial love".
Kindle Price: $2.99
Click here to download this book.
Posted by Joisel at 12:00 AM