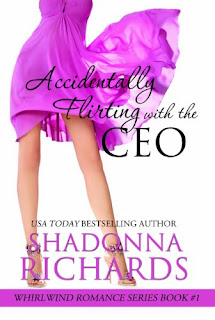 Accidentally Flirting with the CEO
What happens when a seductive e-mail goes to the wrong recipient - your boss? If Jess Tandon were any hotter, he'd be a fire hazard! The oh-so-sexy president of TLC Advertising is more than just delicious eye-candy. He's caught the eyes and heart of his normally play-it-safe executive assistant, Alexa Worthington. Too bad the only sex Alexa is having in safe text. She's only just gotten over tragic heartbreak in her life, but she now wants to move on. She takes a romance writing class for therapy and creates a sizzling fantasy love scene starring her boss, Jess, and herself. When she e-mails it to a friend to critique, it ends up going to the wrong recipient - to Jess himself. Is this a disaster waiting to happen - or the beginning of something too hot to handle?
Kindle Price: $0.00
Click here to download this book. 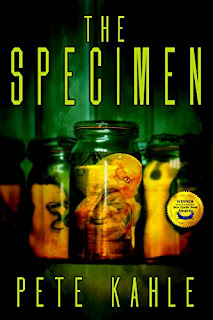 The Specimen
From a crater lake on an island off the coast of Bronze Age Estonia…To a crippled Viking warrior’s conquest of England …To the bloody temple of an Aztec god of death and resurrection…Their presence has shaped our world. They are the Riders. One month ago, an urban explorer was drawn to an abandoned asylum in the mountains of northern Massachusetts. There he discovered a large specimen jar, containing something organic, unnatural and possibly alive. Now, he and a group of unsuspecting individuals have discovered one of history's most horrific secrets. Whether they want to or not, they are caught in the middle of a millennia-old war and the latest battle is about to begin.
Kindle Price: $0.99
Click here to download this book. 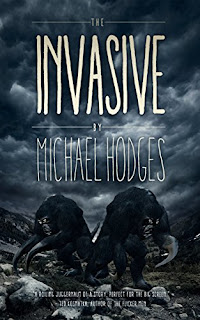 The Invasive
Bishop is trapped deep inside Montana’s Apex Valley along with his injured wife, a shotgun-wielding stranger named Colbrick, and a sneaking suspicion he's never making it back to Chicago. Things no man has seen before haunt the woods. Strange animal species creep behind pine trees. Giant birds mimic the sound of humans and lord over the sky. Leaf-shaped creatures attack anything that moves and flash vivid colors across their glistening backs. As Bishop and his companions scramble across the Montana wilderness, they find human remains and animal carcasses littering the woods. The small town of Elmore is empty, the windows broken and streaked with blood. Trout Bridge—their only way out—is blocked by abandoned cars, none that were inbound. With the strange animals species closing in, Bishop realizes his group must take a stand. He’s got a plan, and maybe they've got one last shot before the invasive species spread to the rest of the U.S.
Kindle Price: $0.99
Click here to download this book. 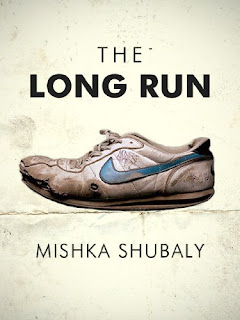 The Long Run
After nearly twenty years of chasing oblivion, a fight in a bar reveals to a newly sober Mishka Shubaly that he is able to run long distances. Despite his best attempts to dodge enlightenment and personal growth, the irreverent young drunk and drug abuser learns to tame his self-destructive tendencies through ultra running. His outrageous sense of humor, however, rages unabated.
Kindle Price: $1.99
Click here to download this book. 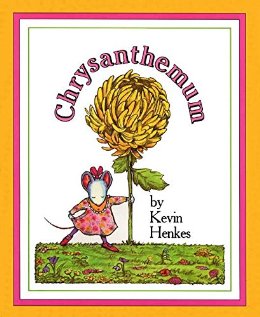 Chrysanthemum
Chrysanthemum thinks her name is absolutely perfect—until her first day of school. "You're named after a flower!" teases Victoria. "Let's smell her," says Jo. Chrysanthemum wilts. What will it take to make her blossom again?
Kindle Price: $1.99
Click here to download this book. 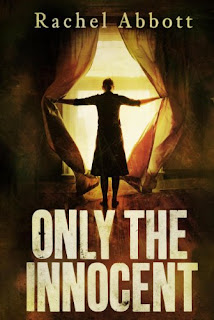 Only The Innocent
When philanthropist Hugo Fletcher’s dead body is discovered tied to a bed in his London home, Chief Inspector Tom Douglas determines right away that he’s hunting a female killer. Though Fletcher made countless enemies through his work with Eastern European prostitutes, the crime scene reeks of sex and revenge. This murder was personal. Douglas knows Fletcher’s unhappy wife, Laura, should be his prime suspect. She’s definitely hiding something. Something big. But he isn’t convinced it’s murder. Besides, she’s not the only woman with a motive to kill the manipulative billionaire. So he digs deeper, into a tangled web of secrets and lies, unraveling the sordid life Fletcher lived outside of the media spotlight. What he uncovers is shocking, forcing the veteran cop to ask himself: With a man like Fletcher, should the guilty be punished? Or should the innocent be protected?
Kindle Price: $2.00
Click here to download this book.