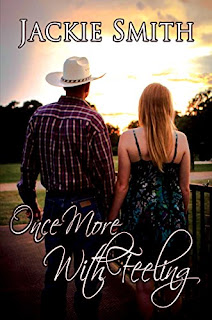 Once More With Feeling
Two people meet in a seedy country-western watering -hole called the "Giddiup." One is a young widow named Emma-Lou who feels responsible for the death of her family. The other is a young college-educated rancher named Jonas, who is without family except for a surrogate father who lives on a neighboring ranch. It is an odd trilogy of characters sharing only one common thread... their love of books. When Jonas begins to realize the "almost" in his seemingly "almost perfect" life may well be this confused and lost young woman, his life forever changes.
Kindle Price: $0.00
Click here to download this book. 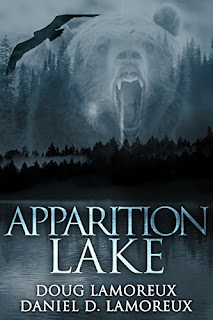 Apparition Lake
Horrific deaths have occurred throughout Yellowstone and everyone believes that a monstrous grizzly bear is on a rampage. Scientific evidence suggests another terrifying conclusion. For Chief Ranger Glenn Merrill, putting an end to the mysterious deaths is more than just his job, it is a mission that will take him to the brink of death and shatter the foundation of his beliefs. Apparition Lake plunges Glenn, his full-blooded Shoshone friend Johnny Two Ravens, and Jennifer Davies, an aggressive young biologist, into a world of Indian mysticism where mankind and nature struggle for control of Mother Earth. Apparition Lake races through its supernatural tale of an environment that has "had enough" and the Native American spirit it uses to mete out its revenge.
Kindle Price: $0.99
Click here to download this book. 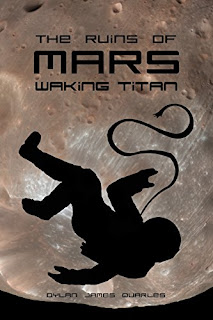 The Ruins of Mars: Waking Titan
Picking up the saga directly where The Ruins of Mars left off, Waking Titan continues the narrative of Harrison Raheem Assad and the Mars Mission as they explore the caves beneath the Martian ruins. Underground in the great statue chamber, Harrison and his team struggle to come to terms with the discovery of two apparently different alien races depicted in stone. However problematic this new revelation may be, it is Braun, the team's AI, who truly sees just how far the influence of the mysterious race has reached. Echoing through time and space, a force drives Braun far from his programmed limitations and into a reality that is fractured and broken. Meanwhile, Harrison and the Mars team push ever deeper into the caves propelled by discovery, tragedy, and blind human perseverance.
Kindle Price: $3.99
Click here to download this book. 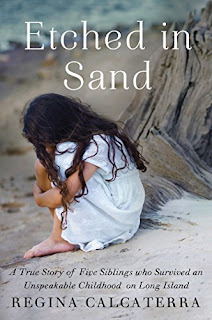 Etched in Sand: A True Story of Five Siblings Who Survived an Unspeakable Childhood on Long Island
Regina Calcaterra is a successful lawyer, New York State official, and activist. Her painful early life, however, was quite different. Regina and her four siblings survived an abusive and painful childhood only to find themselves faced with the challenges of the foster-care system and intermittent homelessness in the shadows of Manhattan and the Hamptons.
Kindle Price: $1.99
Click here to download this book. 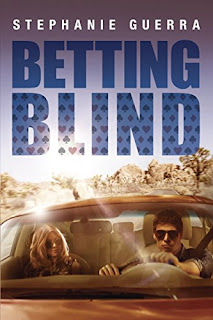 Betting Blind
The cards are stacking up against Gabriel James: first there’s Phil, the guy paying the bills for Gabe’s mom (but not leaving his wife). Then there’s Gabe’s new school, filled with kids competing for the Ivies, Silicon Valley, and Wall Street—while Gabe’s just trying to swing enough Cs to graduate. Gabe’s luck seems ready to change when he meets Irina Petrova: a hot violinist who is home-schooled by her strict Russian parents. When Gabe gets her number, he impresses the top guys at his school. When he becomes the drug connection for parties, his reputation is solidified. How else is he going to afford hanging with his new crew and impressing Irina? Anyway, it’s not really dealing if you’re just hooking up friends...right? Gabe’s never been loyal to a girl before, but he finds himself falling for Irina hard. As the stakes are raised, Gabe will have to decide how high he’s willing to bet on school, on friends, on Irina—but most of all, on himself.
Kindle Price: $1.99
Click here to download this book. 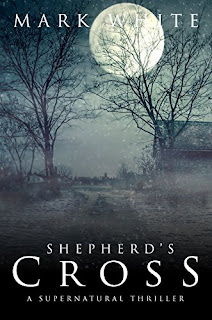 Shepherd's Cross
Shepherd’s Cross - an isolated, remote moorland village, renowned for being the last place in England to have executed a woman for witchcraft. Three hundred years later, the locals remain superstitious: aside from a handful of wealthy newcomers, modern society has passed by largely unnoticed….until the unexpected arrival of two mysterious strangers to nearby Fellside Hall; a derelict mansion that has stood empty for eighty years.
Kindle Price: $0.99
Click here to download this book.
Posted by Joisel at 12:00 AM