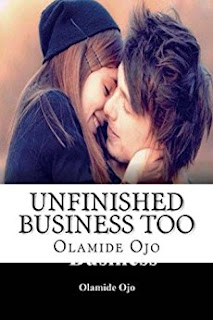 Unfinished Business Too
Join Christopher Flier's world of normality and let your mind be blown by how differences in life choices be it by choice or serendipity, makes the stereotypical idea of normal quiet idiotic.
Kindle Price: $0.00
Click here to download this book. 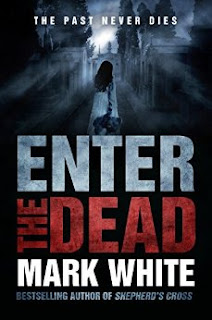 Enter The Dead
Haunted by memories of a dark and troubled childhood, Sam Railton has nevertheless managed to carve out a respectable position in society, with a successful career in advertising and a loving, supportive family. Or so he believes... As he approaches his fortieth birthday, life is ticking along without too many problems, until a chance encounter outside a hotel lobby turns his entire world upside down. Leaving London in order to clear his head, Sam soon suspects that all is not as it seems. One by one, a series of sinister, harrowing events begin to unfold, causing him to question his sanity and forcing him to confront the nightmares of his past, with terrifying consequences...
Kindle Price: $0.99
Click here to download this book. 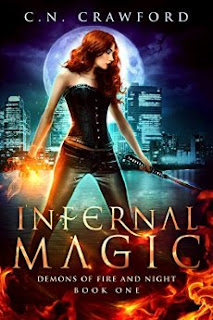 Infernal Magic
Ursula can't remember a single thing from before three years ago, so she has to keep her life simple. All she wants is to earn enough money for rent--and maybe a bit left over for a new pair of boots. But on her eighteenth birthday, all hell breaks loose... quite literally... when a hellhound shifter shows up in her kitchen. Kester's lethally gorgeous, and he's come with a terrifying message: Ursula owes her soul to a demon. No one seems to care that she doesn't remember striking that deal. Thrust in the middle of a demonic war, Ursula fights her way across New York--and through the fae realm to survive. Along the way, she must reclaim her magical knowledge and her long-forgotten skills with the blade if she wants to escape eternal damnation.
Kindle Price: $0.99
Click here to download this book. 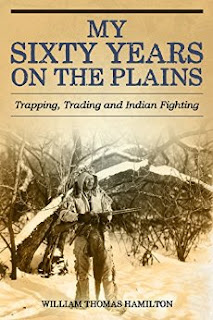 My Sixty Years on the Plains: Trapping, Trading, and Indian Fighting
Following the doctor’s orders for a change of climate, in 1842 William Hamilton found himself accompanying a party of trappers on a year-long expedition. Heading into the wild, Hamilton would prove himself to be a fast learner, as adept with a firearm as with sign language: this early experience would be the making of him. As the nineteenth century progressed, along with many other trappers Hamilton found himself drawn into the Indian Wars brought about by territorial expansion. Exploring, trapping, trading and fighting, Hamilton shows how every aspect of a mountain man’s life relied on his wits and knowledge in order survive the inhospitable environments. First published in 1905, when the experiences of such pushing, adventurous and fearless men were becoming a thing of the past, Hamilton’s unassuming memoir relates an extraordinary life in a disappearing American West.
Kindle Price: $0.99
Click here to download this book. 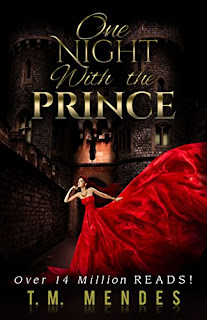 One Night with the Prince
The beautiful land of Bantaniomos had everything - the great smell of the ocean, the pathways were made of cobblestone, and the streets were gray bricks. The buildings looked like they were centuries old, but they had been kept up. And the best thing? They had a hunk as a Prince. But for Anna from Montana, going there was the perfect escape from her usual life, and she didn't care much for the Prince - until she was suddenly kidnapped and was woken up in a palace.She suddenly found herself in a competition for the Prince's heart - Anna sure doesn’t know how, but she knew that she had to stay away from the Prince as much as she could. With her mischievous ways and un-royal manners, she was sure that the Prince wouldn’t pick her. But what if the Prince was as determined to be with her as she was determined to stay away from him?
Kindle Price: $3.99
Click here to download this book. 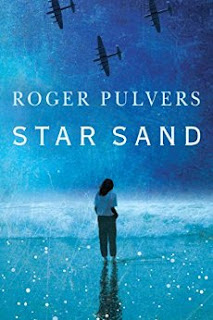 Star Sand
In 1958, a diary is found in a cave on the small Japanese island of Hatoma. Alongside it are the remains of three people.The journal reveals the story of Hiromi, a sixteen-year-old girl who’d grown up in the United States before living in Japan in the midst of World War II. One day, while collecting star sand—tiny star-shaped fossils—Hiromi finds two army deserters hiding in the seaside cavern—one American, one Japanese. The soldiers don’t speak the same language, but they’ve reached an agreement based on a shared hope: to cause no more harm and survive. Hiromi resolves to care for the men—feeding them and nursing their ailments—despite the risk that, if caught, she’ll die alongside them as a traitor. But when a fourth person joins in on their secret, they must face a threat from within. The diary abruptly ends, leaving everyone’s fate a mystery. Decades later, in 2011, a young female university student decides to finally determine who died in that cave and who lived. Her search will lead her to the lone survivor—and bring closure to a gripping tale of heroism at a time when committing to peace was the most dangerous act of all.
Kindle Price: $1.99
Click here to download this book.
Posted by Joisel at 12:00 AM