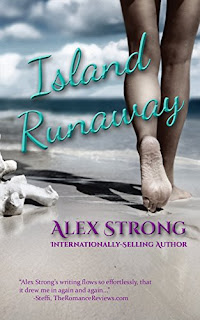 Island Runaway
Elana Tanner ran away to the island of Kauai to forget that fateful night and its high price, not that she'll ever really forget. It becomes all the more impossible with the unexpected arrival of the wealthy and sexy Kyle Barnett who doesn't know if he can ever forgive her for the death of his brother. Tempers flare and sparks fly, but loathing soon turns to lust and what once tore them apart, now brings them closer. But Kyle is very good at keeping secrets, and Elana doesn’t know if she can trust him, no matter what her heart may feel.
Kindle Price: $0.00
Click here to download this book. 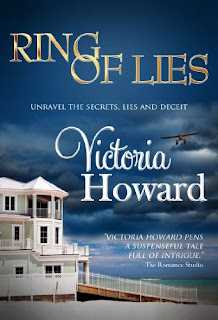 Ring of Lies
When accountant Daniel Elliott dies in a car accident, his widow, Grace, is overcome with grief...and panic. Daniel was controlling and their marriage loveless, but he always took care of her. Or so she thought.Grace soon discovers Daniel kept secrets: an alias, mob ties, a list of numbers, a mysterious beach house in Florida....and a girlfriend who looks like Grace. Swallowing her fear, she flies to Miami to claim the house Daniel left her. But the price of her curiosity is peril. Underworld figures stalk her. And handsome, troubled FBI agent Jack West has crossed precarious paths with Grace before. With little to go on and danger at every turn, Grace must depend on Jack to help her navigate the criminal world of south Florida, and find the truth behind the Ring of Lies.
Kindle Price: $0.99
Click here to download this book. 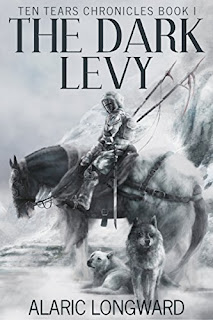 The Dark Levy
Sisters Shannon and Dana have always suffered from mysterious issues. On the verge of their adulthood they are visiting their wise, old grandmother in Ireland on a very special day, and finally learn why their life has been strangely affected by something they have not previously understood. That day is the very day a harrowing creature of the Nine Worlds calls out for special, talented humans of the Tenth world. Our world.
Kindle Price: $0.99
Click here to download this book. 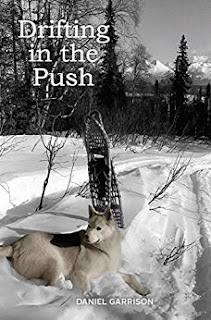 Drifting in the Push
Drifting in the Push is a fast-paced, comical romp that takes the reader on a journey through the unintentional adventures of one man’s reality. From the Rocky Mountains to the Pacific Ocean, from Mexico to Alaska, missteps, stubborn obstacles, and fate are his constant companions, along with an offbeat assortment of entertaining characters. From time to time, his escapades include his two childhood friends—Bryan, who follows him to the unforgiving Arctic, and Shane, who steers him down an unpleasant alley or two. Amid this craziness, he picks up another friend—Hank, his devoted dog. This chronological series of interdependent short stories will take you from fear to love, amusement to surprise, and it just might occasionally leave a tear in your eye.
Kindle Price: $3.99
Click here to download this book. 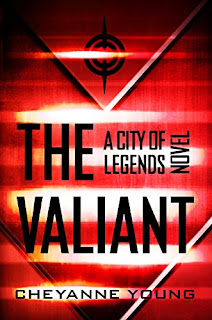 The Valiant
After the most vicious villain attack in centuries, Maci Knight is struggling to put the shattered pieces of her life back together. She survived, but barely, and her family will never be the same. The only good thing to come out of the attack is that the Elders have granted her probationary Hero status. Now she’s desperate to prove that she has what it takes to shine in the field. Maci gets her first chance when she’s called in to stop an illegal fighting ring where humans are battling to the death. But when she goes toe-to-toe with the fighters, she’s shocked to discover that even she can’t contain them. The humans are strong—supernaturally so. Maci knows that this is the work of the villain underground and is determined to put an end to it. But how do you fight an enemy who won’t show their face?
Kindle Price: $1.99
Click here to download this book. 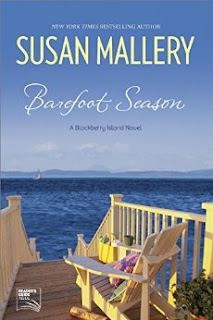 Barefoot Season
Michelle Sanderson may appear to be a strong, independent woman, but on the inside, she’s still the wounded girl who fled home years ago. A young army vet, Michelle returns to the quaint Blackberry Island Inn to claim her inheritance and recover from the perils of war. Instead, she finds the owner’s suite occupied by the last person she wants to see. Carly Williams and Michelle were once inseparable, until a shocking betrayal destroyed their friendship. And now Carly is implicated in the financial disaster lurking behind the inn’s cheerful veneer. Single mother Carly has weathered rumors, lies and secrets for a lifetime, and is finally starting to move forward with love and life. But if the Blackberry Island Inn goes under, Carly and her daughter will go with it. To save their livelihoods, Carly and Michelle will undertake a turbulent truce. It’ll take more than a successful season to move beyond their devastating past, but with a little luck and a beautiful summer, they may just rediscover the friendship of a lifetime.
Kindle Price: $1.99
Click here to download this book.
Posted by Joisel at 12:00 AM