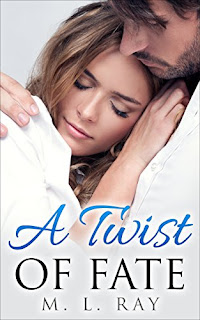 A Twist of Fate
Katherine Waring is a woman with a past. It’s true that everyone has a past of one kind or another. Kate’s, however, is particularly tragic and cruel. Deprived of her mother at a young age, shunted from foster home to foster home in often abusive situations, at last she manages to flee from Phoenix only to end up at a Los Angeles bus station. There she is rescued by a trucker, who, seeing potential, takes her under his wing and eventually into his bed. After his death, she is left alone and on her own once more, and falls into the dangerous life of an exotic dancer and sometime call girl. But Kate is a survivor.  With grit and courage, she is able to escape an inevitable downward slide, setting up and expanding a line of fine spa shops that cater to the business world and society matrons. Her situation is stable; her home is beautiful; her reputation is secure. And she has friends and associates with whom to share her life, even if she is lacking a family.
Kindle Price: $0.00
Click here to download this book. 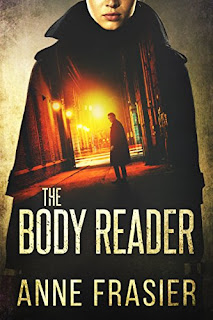 The Body Reader
For three years, Detective Jude Fontaine was kept from the outside world. Held in an underground cell, her only contact was with her sadistic captor, and reading his face was her entire existence. Learning his every line, every movement, and every flicker of thought is what kept her alive. After her experience with isolation and torture, she is left with a fierce desire for justice—and a heightened ability to interpret the body language of both the living and the dead. Despite colleagues’ doubts about her mental state, she resumes her role at Homicide. Her new partner, Detective Uriah Ashby, doesn’t trust her sanity, and he has a story of his own he’d rather keep hidden. But a killer is on the loose, murdering young women, so the detectives have no choice: they must work together to catch the madman before he strikes again. And no one knows madmen like Jude Fontaine.
Kindle Price: $1.99
Click here to download this book. 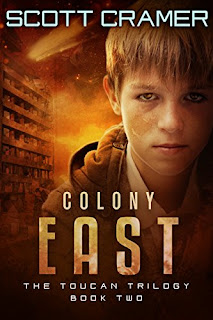 Colony East
Abby and Jordan Leigh have returned to Castine Island, distributing life-saving pills to their survivors of the purple moon. All of the island kids are now safe from the comet bacteria that entered the Earth’s atmosphere a year ago, killing all who have reached adulthood. A band of news gypsies arrives on the island to trade and barter, informing the Leighs and their friends about Colony East, a region of New York cordoned off and run by scientists caring for a select group of children, and a deadly disease called “The Pig” that is sweeping the continental United States. When their toddler sister Toucan contracts “The Pig,” Abby knows she must act fast. Her compass points to Colony East, where there are scientists – and hopefully a cure. On her dangerous journey from the island to New York, Abby quickly realizes a chilling fact: time is running out for everyone outside Colony East.
Kindle Price: $0.99
Click here to download this book. 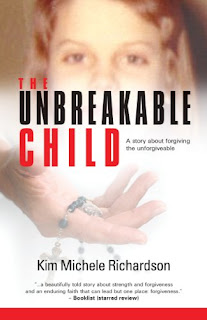 The Unbreakable Child
This is a story about forgiving the unforgivable is a riveting journey inside the secretive underbelly of the St. Thomas / Saint Vincent Orphan Asylum in rural Kentucky. It is the first book in the United States to confront the institutionalized physical and emotional abuse suffered by countless orphans at the hands of Catholic clergy over these last decades. It also documents the historic United States lawsuit and first-ever settlement paid by Roman Catholic nuns in the United States as recompense for decades of brutal institutional abuse of the author, her sisters and forty-two other children. The Unbreakable Child offers hope, justice, and forgiveness.
Kindle Price: $1.79
Click here to download this book. 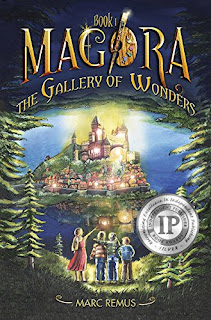 The Gallery of Wonders
When a mysterious fire ravages the town of Donkleywood, causing the death of her beloved grandfather Nickolas, eleven-year-old Holly O’Flanigan, numb with grief, loses all hope of ever becoming a famous artist like him or of escaping her abusive foster family, the Smoralls. While hiding from them, Holly discovers a secret attic where her grandfather left a decidedly unusual paintbrush and a canvas with the image of a fantasy world—one Holly and three friends literally fall into. The painting is a gateway to the parallel world of Magora, where everything and everyone are created by painting.
Kindle Price: $0.99
Click here to download this book. 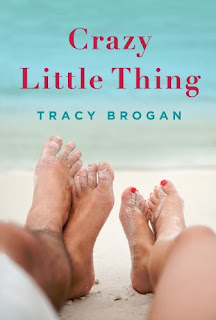 Crazy Little Thing
Sadie Turner can organize just about anything — except her own life. When her cheating spouse topples Sadie’s impeccably tidy world, she packs up her kids for a summer vacation at her aunt’s lake house, hoping to relax, reboot, and formulate a new plan — one that does not include men. Any men.  But eccentric Aunt Dody has other plans; she’s determined to see Sadie have a little fun—with Desmond, the sexy new neighbor. Tall, tanned, muscular—and even great with her kids, Desmond is Sadie’s worst nightmare. He must have a flaw—he’s a man, after all—so Sadie vows to keep her distance. But as summer blazes on, their attraction ignites, and the life Sadie is trying so hard to simplify only gets more complicated. But maybe a little chaos is just what she needs to get her future, and her dreams of love, back in order.
Kindle Price: $0.99
Click here to download this book.
Posted by Joisel at 12:00 AM