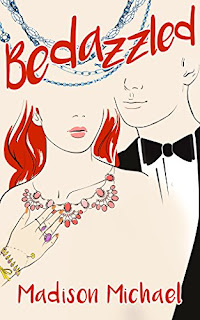 Bedazzled
Chance encounter and a misplaced hand upend everything just when fiercely independent Keeli Larsen's rapidly dwindling bank account threatens her dreams. Scared and alone, she fantasizes a rise to the top beside the sexy hunk in the penthouse office - her prince charming. Wyatt Lyons Howe IV, is trapped by four generations of family loyalty and tradition until an brief encounter in an elevator rocks his staid world. Can Keeli be his ticket to freedom or is he just her bankroll? Doubting her motives but unable to stay away, Wyatt is bedazzled.  Forging a new direction, Wyatt is encumbered with an evil fiancé and family scheming to keep him in line. Is the beguiling bachelor on a collision course with all around him or can love prevail against society, family and a wicked witch?
Kindle Price: $0.00
Click here to download this book. 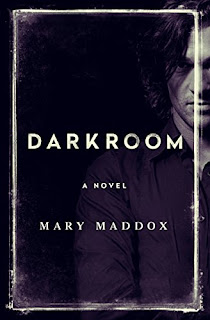 Darkroom
Talented but unstable photographer Day Randall has been living rent-free in Kelly Durrell’s Colorado condo for eight months. Day needs someone to keep an eye on her. Kelly needs someone to draw her out of her stable but not spectacular life . The arrangement works for both of them. Then Kelly comes home one day to find Day gone. There’s no note, no phone call. Day’s car is still parked out front, but her room is starkly, suspiciously spotless. No one seems to care. The police certainly aren’t interested in a missing bipolar artist, but Kelly knows something is wrong. Day wouldn’t just leave. Alone, Kelly traces Day’s last steps through shadowy back rooms of Boulder nightclubs and to a remote mountain estate, where the wealthy protect themselves behind electric fences and armed guards. Along the way, she uncovers a sinister underworld lying just below the mountain snow, and a group of powerful people who will do anything to protect the secrets hidden in Day’s enigmatic photographs. If she trusts the wrong person, Kelly herself will be the next to disappear.
Kindle Price: $0.99
Click here to download this book. 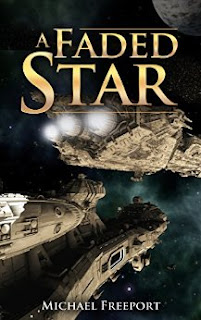 A Faded Star
A forgotten colony of humans live on a water world circling a tiny, faded star on the edge of the galaxy. The crew of their newest flagship, the Rampart encounters an alien scout who is being chased by a dangerous foe. The encounter shakes the beliefs held by the people of Lashmere. With the aid of the mysteries of the origin tablet, they discover the true origins of their colony. These may be the last humans in the universe. Can they survive against their ancient enemy? Their only choice is to embrace an unknown past and fight with everything they have.
Kindle Price: $1.99
Click here to download this book. 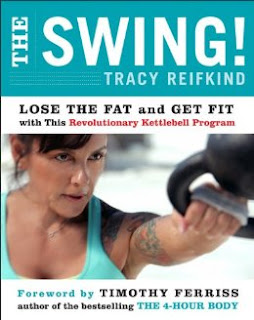 The Swing!: Lose the Fat and Get Fit with This Revolutionary Kettlebell Program
Join the kettlebell revolution and swing your way into a fitter, trimmer body—one you’ll keep forever. Self-made fitness guru Tracy Reifkind has a self-made physique, working off 120 pounds after harnessing the extraordinary power of kettlebells (as featured in Timothy Ferriss’s The 4-Hour Body). Now, Tracy delivers a power-packed exercise, diet, and lifestyle program for rapid but sustainable weight loss: The Swing! Reifkind’s program promises dramatic results in just two half-hour sessions each week—that’s just four hours a month! There are no gimmicks here: Reifkind offers strong coaching on developing a winning mindset and a protein-focused, transformational eating plan, and reveals the evidence of her own low-cost, no-gym-membership success story. The Swing! packs the power to teach, to inspire, and to help you break through to your real, ideal body.
Kindle Price: $1.99
Click here to download this book. 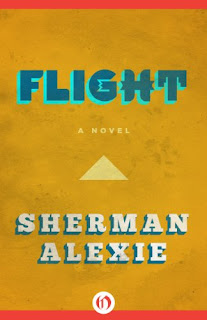 Flight
Half Native American and half Irish, fifteen-year-old “Zits” has spent much of his short life alternately abused and ignored as an orphan and ward of the foster care system. Ever since his mother died, he’s felt alienated from everyone, but, thanks to the alcoholic father whom he’s never met, especially disconnected from other Indians. After he runs away from his latest foster home, he makes a new friend. Handsome, charismatic, and eloquent, Justice soon persuades Zits to unleash his pain and anger on the uncaring world. But picking up a gun leads Zits on an unexpected time-traveling journey through several violent moments in American history, experiencing life as an FBI agent during the civil rights movement, a mute Indian boy during the Battle of Little Bighorn, a nineteenth-century Indian tracker, and a modern-day airplane pilot. When Zits finally returns to his own body, “he begins to understand what it means to be the hero, the villain and the victim. . . . Mr. Alexie succeeds yet again with his ability to pierce to the heart of matters, leaving this reader with tears in her eyes”
Kindle Price: $1.99
Click here to download this book. 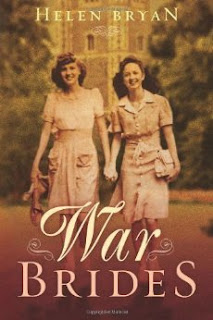 War Brides
With war threatening to spread from Europe to England, the sleepy village of Crowmarsh Priors settles into a new sort of normal: Evacuees from London are billeted in local homes. Nightly air raids become grimly mundane. The tightening vice of rationing curtails every comfort. Men leave to fight and die. And five women forge an unlikely bond of friendship that will change their lives forever.
Kindle Price: $1.99
Click here to download this book.
Posted by Joisel at 12:00 AM