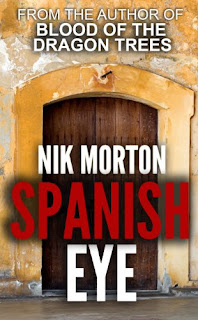 Spanish Eye
Through the eyes of Leon Cazador, half-English, half-Spanish private investigator, we experience the human condition in many guises. This collection covers twenty two cases, some insightful, some humorous, and some tragic. The tales evoke tears and laughter, pleasure at the downfall of criminals, and anger at arrogant evil-doers. Sometimes, Cazador operates in disguise under several aliases, among them Carlos Ortiz Santos, a modern day Simon Templar; he is wholly against the ungodly and tries to hold back the encroaching night of unreason. Cazador translated into English means hunter. In his adventurous life he has witnessed many travesties of justice; he is a man driven to hunt down felons of all kinds, to redress the balance of good against evil. Leon Cazador fights injustice in all its forms and often metes out his own rough justice. It's what he does.
Kindle Price: $0.00
Click here to download this book. 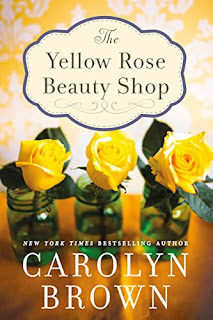 The Yellow Rose Beauty Shop
Stella’s mama never should’ve put Stella on the church prayer list. With Stella’s twenty-seventh birthday coming up fast, Nancy desperately wants to see her daughter married and giving her grandbabies. Petitioning heaven seems like a surefire way to get it done. But in Cadillac, Texas, where the gossip’s hotter than the city’s famous jalapeño peppers, it isn’t long before all hell breaks loose. Heather, the bossy leader of the church’s Prayer Angels, thinks a summer ball will get Stella and the town’s other single gals paired off. But nobody can tell redheaded spitfire Stella what to do—not her mama, not Heather, and not even the sexy beau Stella’s been seeing in secret. Together, Stella, her best friends Charlotte and Piper, and the loyal customers of the Yellow Rose Beauty Shop hatch a good old-fashioned scheme to sabotage the ball. But will it wreck Stella’s relationship with her mama forever? And what will the church folk think when Stella reveals the identity of her mystery man?
Kindle Price: $1.99
Click here to download this book. 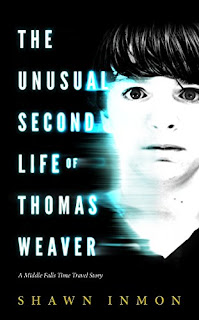 The Unusual Second Life of Thomas Weaver
A second chance to make it right; a second chance to screw it up again. Tragedy is the name of the game for fifty-five-year-old Thomas. At least that's what he tells himself as he washes down the handful of little white sleeping pills stolen from his mother. Lying back on his bed, he waits for the reaper to take away the despair. Instead he is transported to a different kind of hell--puberty. Thomas wakes in his childhood bedroom, with his teenage body, and all his memories intact. With a new lease on life he has a chance to do it all right. He will save his brother, change the course of history, find love, and stop a horrific killer. That is, if he can overcome being a pathetic screwup.
Kindle Price: $0.99
Click here to download this book. 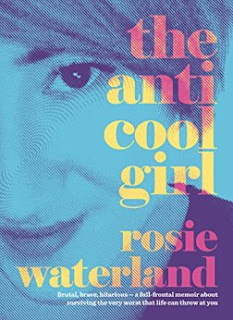 The Anti-Cool Girl
Brutal, brave, hilarious - a full-frontal memoir about surviving the very worst that life can throw at you. Rosie Waterland has never been cool. Growing up in housing commission, Rosie was cursed with a near perfect, beautiful older sister who dressed like Mariah Carey on a Best & Less budget while Rosie was still struggling with various toilet mishaps. She soon realised that she was the Doug Pitt to her sister's Brad, and that cool was not going to be her currency in this life. But that was only one of the problems Rosie faced. With two addicts for parents, she grew up amidst rehab stays, AA meetings, overdoses, narrow escapes from drug dealers and a merry-go-round of dodgy boyfriends in her mother's life. Rosie watched as her dad passed out/was arrested/vomited, and had to talk her mum out of killing herself. As an adult, trying to come to grips with her less than conventional childhood, Rosie navigated her way through eating disorders, nude acting roles, mental health issues and awkward Tinder dates. Then she had an epiphany: to stop pretending to be who she wasn't and embrace her true self - a girl who loved drinking wine in her underpants on Sunday nights - and become an Anti-Cool Girl.
Kindle Price: $1.99
Click here to download this book. 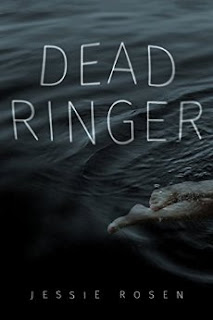 Dead Ringer
From the moment Laura Rivers steps foot into Englewood High, she notices the stares-and they aren't the typical once-overs every pretty new girl endures. The students seem confused and...spooked. Whispers echoing through the halls confirm that something is seriously off. "That new girl looks just like her," they say. It turns out Laura has a doppelganger, and it isn't just anyone-it's Sarah Castro-Tanner, the girl who killed herself by jumping into the Navasink River one year ago. Laura is determined not to let the gossip ruin her chances of making a fresh start. Thanks to her charming personality and California tan, she catches the eye of Englewood's undisputed golden boy, Charlie Sanders, and it's only a matter of time before they make their relationship official. But something is making Charlie and his friends paranoid-and Laura soon discovers it has to do with Sarah Castro-Tanner. What really happened to Sarah? Why is Charlie unraveling? And how does Laura Rivers fit into it all? After all, she's the dead ringer for a dead girl."
Kindle Price: $1.99
Click here to download this book. 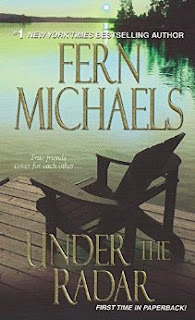 Under the Radar
A Sister's work is never done--not when there are wrongs to right and underdogs to defend. Just returned to their mountaintop hideaway after their latest successful mission, the seven fearless friends enjoy a celebratory dinner and retire to bed. But within an hour, an alarm sounds, and the ladies rush into the compound in time to see Myra and their mentor, Charles, climbing aboard a helicopter. All that's left is a mysterious note, signed by Charles. Still reeling, the Sisters receive an urgent call from retired justice Pearl Barnes. Pearl runs an underground railroad to help abused and displaced women, and she's just rescued fourteen pregnant teenagers who belong to a highly secretive and controversial polygamy sect. But keeping the girls safe will require the kind of help only the Sisterhood can provide--if they can band together and go it alone. . .
Kindle Price: $1.99
Click here to download this book.