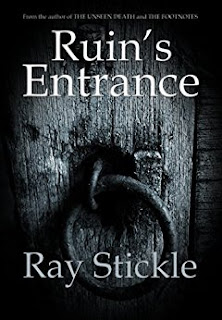 Ruin's Entrance
House of Atreus, meet the House of Frost. The rambling estate in the wooded hills of southern Ohio hides secrets. Murder begetting murder. Wickedness leading to more wickedness. It’s a story as old as time itself. Cast into this world after the death of his parents, young Marius Besshaven seeks the truth about his mother’s past, about his own identity. Cryptic messages in unlikely places, the fractured memories of unreliable survivors, the haunting voices of ghosts--from these elements Marius will have to piece together his family’s history. And what will become of him? Will he find ruin, like so many who came before him? Will he find resolution? Or will the curse continue? From loudspeaker-muted atrocities on the killing fields of Nazi-occupied Poland to lavender-scented murder in the estate’s hidden garden, the tragedies of the past touch the lives of the present and no one will ever be the same.
Kindle Price: $0.00
Click here to download this book. 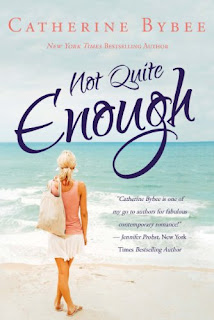 Not Quite Enough
Monica Mann has made it her life’s work to save lives. After an earthquake and tsunami hit the shores of Jamaica, she volunteers her trauma skills with Borderless Nurses. Calculating and methodical, Monica creates order out of whatever chaos she finds. Until she finds the perpetually barefoot, impossibly masculine Trent Fairchild. No one can pin him down. No, really. He's a pilot and manages a small fleet of choppers on his adopted island home. Hopelessly drawn to one another, they manage to slip away from the wreckage to get a little closer. And they get a lot closer than expected when aftershocks from the earthquake trap them in a life-or-death scenario. Paradise has brought them together. Now will it tear them apart?
Kindle Price: $1.99
Click here to download this book. 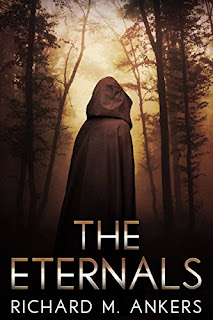 The Eternals
Last inhabitants of a dying Earth, the Eternals are neither human nor vampire. With the sun slowly perishing, some have accepted their fate while others are ready to fight for their future. It is to this ultimatum that Jean, the last Eternal lord, is born. For him, everything changes when he commits the cardinal sin: his bite takes the life of Princess Chantelle of The New Europa Alliance. It is a deed Jean thinks has passed unnoticed, but it has not. Suddenly he’s a man on the run, falling in love and rediscovering his humanity. Aided by the irksome British lord, Sir Walter Merryweather, Jean stumbles from manipulated mishap into age-old conspiracies and beyond. With the sun’s clock ticking, he must find time where there is none to reconcile his sordid past.
Kindle Price: $0.99
Click here to download this book. 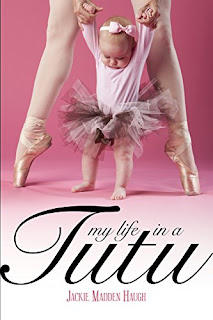 My Life in a Tutu
Sitting in the dark once again, Jackie waited for the familiar turn of the key to signal he was home safe. It was a night like so many before, but this time anger burned within her soul. On March 11, 2001, the life she had known was shredded through the meat grinder that is infidelity. Jackie quickly spiraled out of control into a world of depression and self-loathing. Looking back, she began to see that this one incident wasn't the sole cause of her demise. A life of constantly striving to be perfect left her roots in shallow soil. And a debilitating fear persistently whispered, "It's too late for you." Would she ever be complete if not married? As her four children became impatient with the demise of their supermom, Jackie realized it was time to take an accounting of how she let herself fall so low---or lose her children too. Jackie spent months delving into her past despite wanting to run away from the task. After all, true recovery requires being brutally honest with all the pieces to the puzzle; not just the pain caused, but the role she played in it too.
Kindle Price: $1.99
Click here to download this book. 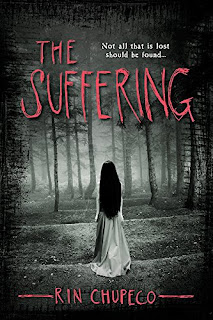 The Suffering
Seventeen-year-old Tark knows what it is to be powerless. But Okiku changed that. A restless spirit who ended life as a victim and started death as an avenger, she’s groomed Tark to destroy the wicked. But when darkness pulls them deep into Aokigahara, known as Japan’s suicide forest, Okiku’s justice becomes blurred, and Tark is the one who will pay the price…
Kindle Price: $1.99
Click here to download this book. 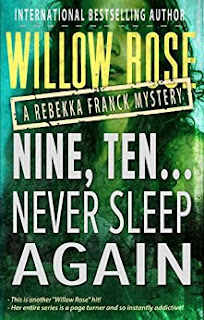 Nine, Ten ... Never sleep again
It is business as usual when Henrik Fenger picks up a girl in the bar and cheats on his wife with her in his hotel room. But, when he opens his eyes the very next morning nothing is as usual anymore. Henrik Fenger is the victim of a horrendous crime whose like has never been seen in the small kingdom of Denmark. Rebekka Franck is on her way to spend a nice relaxing week of vacation with her ex-husband Peter and her daughter Julie. They're supposed to work on their relationship and find each other as a family again, but soon Rebekka is pulled away for work when she is called in to cover the case for the newspaper along with her photographer and former boyfriend Sune Johansen.
Kindle Price: $0.99
Click here to download this book.
Posted by Joisel at 12:00 AM