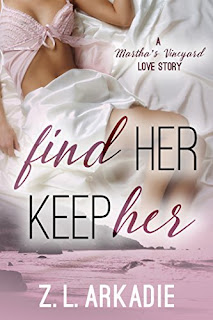 Find Her, Keep Her
This sexy, sensual and emotionally charged contemporary romance series begins on the luscious island of Martha's Vineyard... Travel writer, Daisy Blanchard discovers the worst news ever. Her boyfriend is now engaged to her best friend! To add insult to injury, she learns about the blessed affair through a Facebook status update. Daisy escapes her life in shambles by taking a last minute assignment to Martha's Vineyard where she immediately catches the eyes of a sexy billionaire named Belmont Jaxson Lord. And he wants her-he wants her bad. But is Daisy ready to betray her broken heart and jump two feet into the most sensual and erotic relationship she thought she'd never have?
Kindle Price: $0.00
Click here to download this book. 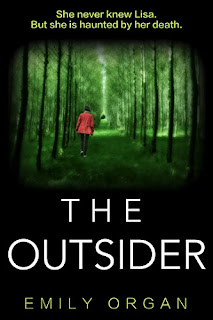 The Outsider
His wife died mysteriously. Is falling in love with him a mistake? After the death of her mother, Yasmin Clark gets a job travelling across the US. In New York she falls for Daniel Ward and sacrifices her career to return with him to the UK. Daniel’s wife, Lisa, died in an accident a few months previously. Richard Cohen, the village gardener, believes her death is suspicious. Having nurtured an unrequited love for Lisa, he wants to discover how she died. Not all of Daniel’s friends welcome Yasmin, and few of them are happy about Richard’s amateur detective work. Haunted by Lisa’s death and convinced someone is keeping a secret, Yasmin and Richard form an ill-fated friendship. Torn between her love for Daniel and her desire to uncover the truth about his dead wife, Yasmin faces a challenge which has defeated a police investigation. Can she pursue it, or is the personal cost too great?
Kindle Price: $3.99
Click here to download this book. 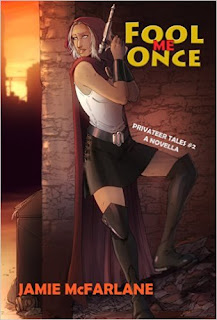 Fool Me Once
Celina Dontal just escaped eighteen months of captivity at the hands of Alexander Boyarov and his crew, members of the brutal Red Houzi Clan. That should have been the hard part. It was only the beginning. When she tried to contact her younger sister, Jenny, Celina received shocking news. The one person in the universe that Celina loved and lived for, was missing, and no one could tell her what happened. A vague mention of passage booked to the metropolis of Puskar Stellar on Mars was the only clue Celina unearthed, but Jenny hasn't responded to any of Celina’s messages. Celina has no friends on Mars and to make things worse, Boyarov is skating on thin ice with the Red Houzi. He lost their ship and prisoner. Retrieving both as quickly as possible is the only hope he has of preserving his own life. He's on the hunt. If there is to be any help for Celina and Jenny, it will have to come from strangers. Puskar Stellar is a big city and finding someone who is trustworthy can be a slippery quest.
Kindle Price: $2.99Click here to download this book. 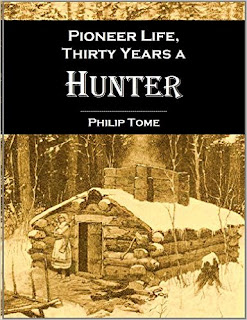 Pioneer life; or, Thirty Years a Hunter, Being Scenes and Adventures
in the Life of Philip Tome
Pioneer Life is a mostly autobiographical narrative of the life of Philip Tome. Tome was born in 1782 near present-day Harrisburg and lived on the upper Susquehanna for much of his life. He tells colorful (and mostly true) tales about his hunting exploits in the Pennsylvania wilderness, as he tracked elk, wolves, bears, panthers, foxes, and other large animals through the state’s north-central mountains, earning wide renown among his contemporaries. His stories contain suspenseful chase scenes, accidents, and narrow escapes, inviting the reader to view a still-wild Pennsylvania through the eyes of one who “was never conquered by man or animal.” Pioneer Life, originally published in 1854, has since been reprinted several times.
Kindle Price: $1.99Click here to download this book. 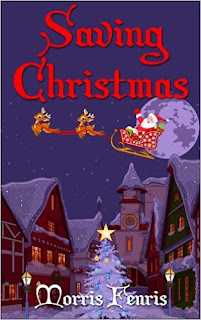 Children's Book: Saving Christmas
This is a heart-warming children’s story about discovering the true joys of Christmas. It introduces us to the whimsical story of how Santa met his wife, how Mary fell in love with him and their enchanting life together. Follow Mrs. and Mr. Clause as they fall in love during a strange encounter. Mrs. Clause gives up everything to assume her new role as Santa’s right hand partner. Sadly, after 57 years, Santa begins to lose his motivation and Christmas spirit. It’s now Mrs. Clause’s job to restore Christmas to all. Can she bring back the miracle of Christmas before it’s too late?
Kindle Price: $2.99Click here to download this book. 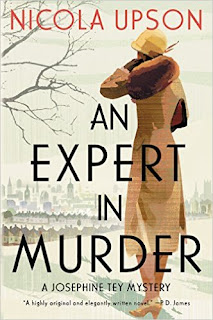 An Expert in Murder
A brilliant and original fiction debut set in the exotic world of 1930s British theatre March 1934. Revered mystery writer Josephine Tey is traveling from Scotland to London for the final week of her celebrated play "Richard of Bordeaux," But joy turns to horror when her arrival coincides with the murder of a young woman she had befriended on the train ride, and Tey quickly finds herself plunged into a mystery as puzzling as any of those in her own works. Detective Inspector Archie Penrose is convinced that the killing is connected to her play. "Richard of Bordeaux" has been the surprise hit of the season, with pacifist themes that strike a chord in a world still haunted by war. Now, however, it seems that Tey could become the victim of her own success, as her reputation--and even her life--is put at risk. A second murder confirms Penrose's suspicions that somewhere among this flamboyant theatre set is a ruthless and spiteful killer. Together, Penrose and Tey must confront their own ghosts in search of someone who will stop at nothing.
Kindle Price: $3.99Click here to download this book.
Posted by Joisel at 12:00 AM