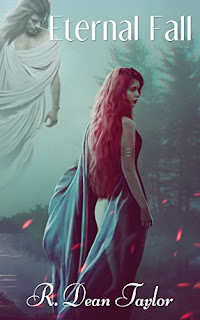 Eternal Fall
Saruel, a fallen angel, gave up Heaven for Marah, the woman he loved. Come with him as he tells their story; a tale of beauty, romance, forbidden love, and tragic loss.
Kindle Price: $0.00
Click here to download this book. 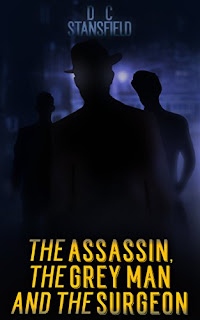 The Assassin The Grey Man And The Surgeon
It was all going so well for Peter Lee’s drug empire. He had a hold on the producers in Afghanistan and Pakistan. His receiver network was increasing and the distribution was now being handled by four of the biggest gangs in London. With business so good, he was starting to expand. He was becoming very, very rich. The only small annoyance had come from a little old lady who owned of all things a small corner shop. She had refused to accept any of his little parcels and wanted to go to the police, so she’d been given two bullets, the ‘double tap’, both to shut her up and to send a message to everyone else in the network. Unknown to Lee she was married to a specialist, a man who, in a former life killed men for a living. He had two friends, one a gatherer of information, the master in his field, one a breaker of men, who was so vicious that it was rumoured that each time he hit a man he cut him. Each of these three men had spent thirty years and more playing the ‘great game’. Inside the security company called ‘The Firm’ they were legends known only as The Assassin, The Grey Man and The Surgeon.
Kindle Price: $0.99
Click here to download this book. 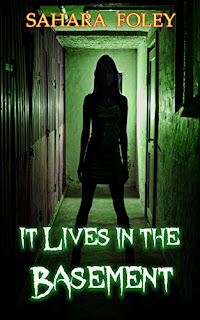 It Lives In The Basement
One day your three cats disappear, the next day, your girlfriend. And you think something that’s living in your basement killed them. You’ve seen it before, out of the corner of your eye, but told yourself it was one of the cats. Now, you disappear. At a gruesome murder scene, Detective Carter and Sergeant Alvarez must uncover the truth of how the victim actually died. What they discover is evidence of an unknown creature. Do they dare go into the basement to confront it? Who will survive?
Kindle Price: $0.99
Click here to download this book. 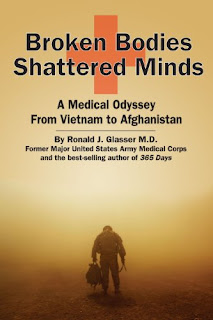 Broken Bodies, Shattered Minds
Told in the narrative, and from personal experience, author traces changing nature of warfare from jungles of Vietnam to streets and mountains of Iraq and Afghanistan and the physical and psychological damage of wounds to troops in U.S. Army and Marine Corps. And what it has come to realize. The efficiency of evacuation units has led to quick treatment of IED-caused wounds resulting in life-saving amputation, most since American Civil War. Amputation on women soldiers and their difficulty using prosthetics designed for male soldiers is examined and, large scale concussive cerebral damage, a new phenomenon in military medical treatment requiring lifetime care of the wounded, is examined and the escalating, hidden costs of lifetime care put into perspective. New, previously unpublished studies on the concussive effects on the brain are presented. Something also relative to NFL interest.Using narrative vignettes, the rising medical and sociological costs of the Afghan War are clearly defined and the escalating hidden costs of long term medical care are put into projection.Lt. General Harold Moore wrote the Foreword.
Kindle Price: $0.99
Click here to download this book. 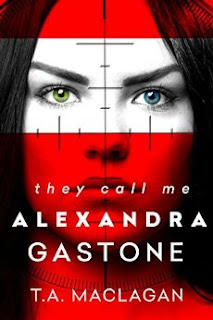 They Call Me Alexandra Gastone
Alexandra Gastone has a simple plan: graduate high school, get into Princeton, work for the CIA, and serve her great nation. She was told the plan back when her name was Milena Rokva, back before the real Alexandra and her family were killed in a car crash. Milena was trained to be a sleeper agent by Perun, a clandestine organization from her true homeland of Olissa. There, Milena learned everything she needed to infiltrate the life of CIA analyst Albert Gastone, Alexandra’s grandfather, and the ranks of America’s top intelligence agency. For seven years, “Alexandra” has been on standby and life’s been good. Grandpa Albert loves her, and her strategically chosen boyfriend, Grant, is amazing. But things are about to change. Perun no longer needs her at the CIA in five years’ time. They need her active now.
Kindle Price: $0.99
Click here to download this book. 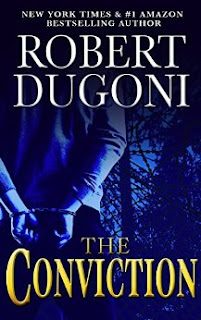 The Conviction
As David Sloane continues to piece his life back together in the wake of his wife's vicious murder, he also struggles to handle his difficult teenage son, Jake. Reeling from the loss of his mother, Jake's bad behavior escalates and his relationship with Sloane is pushed to the brink. When Sloane's old friend, Detective Tom Molia, recruits Sloane and Jake to join him and his son on a camping trip, Sloane sees the trip as an opportunity to repair their broken father/son bond. But the trip takes a distressing turn when the boys are arrested for vandalism in the middle of the night and the local judge, Earl Boykin, hastily sentences them to the "Fresh Start" detention program in the middle of the wilderness. Jake soon realizes the facility has little interest in rehabilitating wayward youths, beginning what will prove to be a grueling ordeal. Sloane's legal expertise is rendered useless in overturning the boys' conviction, as he discovers that Judge Boykin's power reaches far beyond the courtroom. Finding their legal options limited and their sons in mounting danger, Sloane and Molia will stop at nothing to rescue their boys...the law--and their own safety--be damned.
Kindle Price: $2.99
Click here to download this book.
Posted by Joisel at 12:00 AM