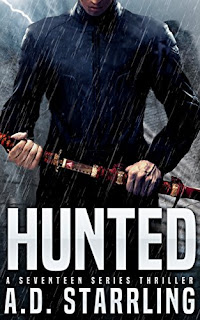 Hunted
Soul is an outcast of the Immortal Societies. Born of a Bastian mother and a Crovir father, a half-breed who is abhorred by the two races, he spends the first three hundred and fifty years of his existence being chased and killed by the Hunters. One fall night in Boston, the Hunt starts again, resulting in Soul's fifteenth death and triggering a chain of events that sends him on the run with Reid Hasley, a former US Marine and his human business partner. From Paris to Prague, their search for answers leads them deep into the Immortal societies and brings them face to face with someone from Soul's past. Shocking secrets are revealed and fresh allies come to the fore as they uncover a new and terrifying threat to both immortals and humans. To defeat his enemies, Soul must embrace his tortured fate and become the Hunter. But time is running out. Can he protect the ones he loves and prevent another Immortal War before his seventeenth and final death?
Kindle Price: $0.00
Click here to download this book. 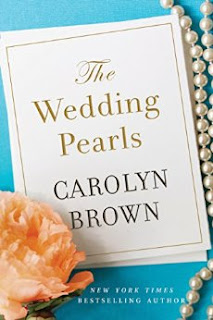 The Wedding Pearls
Tessa Wilson’s life is all over the map. She may be clumsy, but this time she’s stumbled into a pickle by choice, not by accident. She’s agreed to take a month-long trip around Texas jammed into a ’59 Cadillac with a drama-loving teenager, two elderly spitfires, and—oh, yes—her biological mama who gave her away at birth. And the ride gets even crazier when hot-as-sin cowboy Branch Thomas crosses into her lane. They don’t call him the sexiest man in the Lone Star State for nothin’. As the miles pass and sparks fly between Tessa and Branch, her grandmother starts dropping hints about family wedding traditions. And as Tessa discovers the power of her budding friendships and the unbreakable strength of her newfound family of strong Texas women, she wonders if she’s also on the road to the biggest adventure of all: true love.
Kindle Price: $1.99
Click here to download this book. 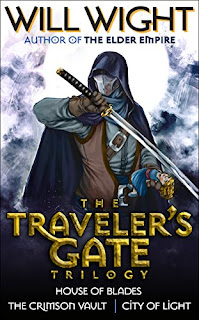 The Traveler's Gate Trilogy
Simon can only watch, helpless, as his family is killed and his friends captured by enemy Travelers—men and women who can summon mystical powers from otherworldly Territories. To top it off, another young man from Simon's village discovers that he's a savior prophesied to destroy evil and save the realm. Prophecy has nothing to say about Simon. He has no special powers, no magical weapons, and no guarantee that he'll survive. But he sets off anyway, alone, to gain the power he needs to oppose the Travelers and topple their ruthless Overlord. It may not be his destiny, but Simon's determined to rescue his fellow villagers from certain death. Because who cares about prophecy, really?
Kindle Price: $2.99
Click here to download this book. 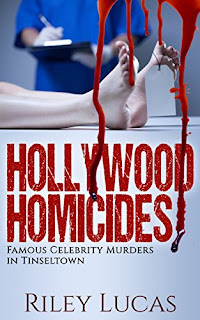 Hollywood Homicides: Famous Celebrity Murders in Tinseltown
Welcome to the world of Hollywood homicide...Buckle up for the ride through the lesser known side of Hollywood. The side you don't see on the screen and have only heard about on the news. In this book we will take a deeper look into the lives and deaths of ten of Hollywood's most famous and infamous deaths. You already know their names and their movies - now learn what drove them to death's door and what finally pushed them through.
Kindle Price: $2.99
Click here to download this book. 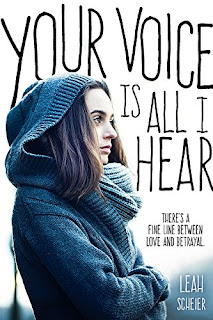 Your Voice Is All I Hear
April won’t let Jonah go without a fight. He’s her boyfriend—her best friend. She’ll do anything to keep him safe. But as Jonah slips into a dark depression, trying to escape the traumatic past that haunts him, April is torn. To protect Jonah, she risks losing everything: family, friends, an opportunity to attend a prestigious music school. How much must she sacrifice? And will her voice be loud enough to drown out the dissenters—and the ones in his head?
Kindle Price: $1.99
Click here to download this book. 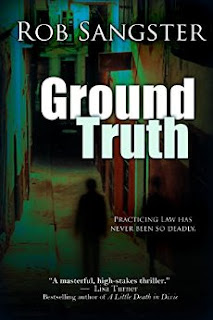 Ground Truth
Racing against the clock and dodging bullets, Jack and Debra
uncover corporate greed and political corruption that lead all
the way from a sacred cave in the Mexican mountains to the
Oval Office. When the President of the United States refuses
to stop the impending catastrophes, Jack risks everything,
including his life. But can he learn the "ground truth" fast
enough to save the millions destined to die?
Kindle Price: $1.98
Click here to download this book.
Posted by Joisel at 12:00 AM