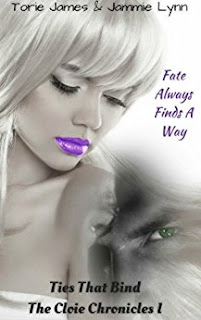 Ties That Bind
For thousands of years, the Gods of Olympus and Asgard have warred, each determined to establish dominion over the Earth. Both pantheons grow weary and in a slick unprecedented move, Zeus and Odin design a plan to unite their realms. Clotho, the youngest Greek Fate bears many burdens and secrets but none greater than the one she doesn't even realize she carries. Soren, a proud and ancient Viking warrior holds the power of demons and gods, but not by his own choice. More importantly, he holds the heart of the very woman who broke his own. Dagr, grandson of Odin and heir to Asgard, desires little more than ultimate power and when offered Cloie's hand in marriage to cement his place, eagerly agrees. But he has his own reasons for wanting the baby Fate in his grasp...and bed. Passions collide and betrayals abound when the First Evil is unleashed on Gods and man alike. Cloie holds the key to all destruction and salvation. Her secret will save the world... Bind
Kindle Price: $0.00
Click here to download this book. 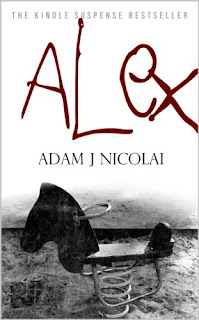 Alex
An empty house. A bereaved father. Alone with his loss, Ian Colmes has driven away everyone he loves. But when he begins to see his dead son again, is it because the boy is reaching out from beyond? Or has Ian's anguish finally given way to dementia? With a masterful hand, suspense newcomer Adam J Nicolai paints a picture of grief, madness, and the furious strength of a father's love for his son.
Kindle Price: $0.99
Click here to download this book. 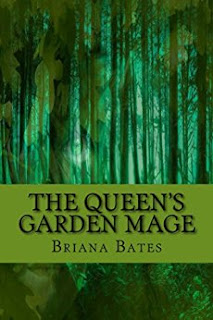 The Queen's Garden Mage
When Princess Adri passes her Trials stirring the land as she suddenly becomes first in the line of succession. Nearly every member of the Council is against her, the people do not favor her and the only people she has in her corner are her mother, her sister and a group of Garden Mages who would do anything the Queen asks. Except Rhyme that is. Rhyme has worked as one of the Queen’s Gardeners for much of her life. She has more power than most people think and knows more than she lets on. Despite her dislike of the Heir’s mother, the current Queen of Angileri she knows what's best for the people. Rhyme knows Adri will make a great ruler...that is if she gets the chance. Rhyme and her fellow Gardeners will have to use every skill they possess to ensure that this unlikely monarch gets the chance to sit the throne.
Kindle Price: $3.99
Click here to download this book. 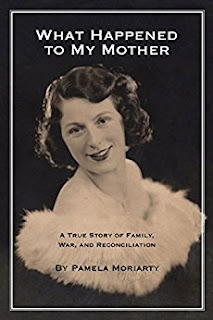 What Happened to My Mother: A true story of family, war and reconciliation
At age six, I was living with my mother just outside Birmingham, England. The world was at war. I was surrounded by men and women in uniform, anti-aircraft guns poking up through trees, air raid sirens going off day and night, skies filled with planes hurtling bombs at us, and never enough to eat. My father wasn’t there to protect my mother and me. He was in France with the rest of the British Army trying to repel the German advance. The one thing that made living in the midst of all the chaos and destruction bearable was the watchful, loving presence of my mother. So long as she was there, I knew I would be all right. Yet, a year later, to my shock and bewilderment, she took me over to Ireland where my grandparents lived and left me, without explanation, not with them but at a boarding school filled with strangers. I never saw her again. When I asked my family why she didn’t come for me, all they would say was that she was dead and I was to stop asking about her. I’d attended no funeral, seen no grave, so I didn’t believe them. No one in the family would speak about her. I was left to flounder alone with my unresolved rage and grief over my beloved mother’s seeming abandonment of me until a personal crisis compelled me to confront my family’s silence about her and force them to tell me what happened to my mother.
Kindle Price: $2.99
Click here to download this book. 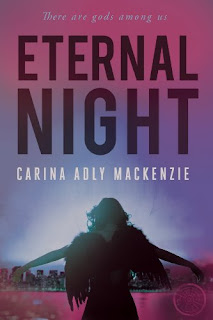 Eternal Night
Six young gods are hiding in plain sight among mortals, living secretly in cities across the world. From lavish penthouse soirees to pulsing underground clubs, for them, the party literally never ends. Until now. On a hot June morning, the body of a beautiful girl is found floating in the rooftop pool of the Jefferson Hotel, her white-ink tattoos revealing the story of a life much longer than seems possible. Only the immortals know the truth: Nadia was the goddess of hope. Now she’s gone, and the world as they know it is ending. The Hudson River has turned blood red. Storms rage overhead. Mania is rapidly spreading across the globe. It is up to the remaining gods—Lola, Dean, Weston, Mark, Nike and Peitha—to put aside centuries of betrayal and heartbreak, and stop the mysterious source of darkness that is taking over… before the sun sets forever.
Kindle Price: $0.99
Click here to download this book. Redeeming Grace - When a killer moves into the White House no one is safe ... Not even the dead
Seven years ago, Grace Grafton died in a boating accident while partying on the Georgia, South Carolina coast. Was her death the result of alcohol and drugs or something more sinister? Nobody knows: her body was never recovered. Now years later, a woman reads in disbelief the note addressed to her: Hello Grace, did you think we wouldn t find you?  Those nine chilling words end Grafton s self-imposed sanctuary of witness protection. Now she and everyone she loves are in grave danger. Long believed dead, she has a secret that can change the world. She knows the man running for president is guilty of a double murder! But who will believe her?
Kindle Price: $1.99
Click here to download this book.
Posted by Joisel at 12:00 AM