The Traitor's Story
When fifteen-year-old American Hailey Portman goes missing in Switzerland, her desperate parents seek the help of their neighbor, Finn Harrington, a seemingly quiet historian rumored to be a former spy. Sensing the story runs deeper than anyone yet knows, Finn reluctantly agrees to make some enquiries. He has little to go on other than his instincts, and his instincts have been wrong in the past—sometimes spectacularly wrong. But he gets involved anyway, never imagining that Hailey’s disappearance might be linked to the tragic events that ended his career six years earlier, drawing him back into a deadly world that has neither forgiven nor forgotten.
Kindle Price: $0.00
Click here to download this book. Dakota Born
Returning to the struggling town of Buffalo Valley, North Dakota, Lindsay Snyder seeks to discover family secrets while reevaluating her life, an effort that offers unexpected hope to the town of her childhood vacations.
Kindle Price: 1.99
Click here to download this book. 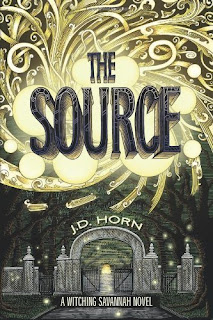 The Source
Graceful trees and historic buildings fill Savannah, Georgia, but beneath the city's Southern splendor, its supernatural roots run deep. The members of local witch families grace the society pages...when they're not secretly protecting their magical work from dark forces. Savannah resident Mercy Taylor may now be in control of the South's most powerful family of witches, but she's struggling to master her newfound magic. Pregnant with her first child and still reeling from a heartbreaking betrayal, she just wants to be able to use her supernatural abilities without accidentally destroying dishes or blasting the doors off buildings. But when Mercy's long-presumed-dead mother suddenly returns, begging Mercy to keep her presence under wraps, the witch wonders how many secrets her family is hiding...and who she can really trust. And when the danger around her intensifies to deadly levels, Mercy knows she must discover the truth behind her family's magic—before it destroys her.
Kindle Price: $1.99
Click here to download this book. 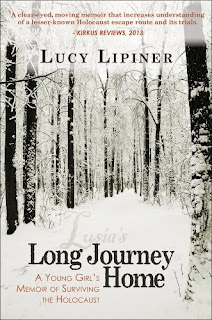 Long Journey Home: A Young Girl's Memoir of Surviving the Holocaust
This tells the story of their journey of survival from the eyes of a little girl. It is an odyssey of escape and rescue full of hardships and tribulations that takes Lipiner from her idyllic small town life at the foothills of the Tatra Mountains to the frozen wastes of Siberia, and the vast wilderness of Tajikistan. Along the harsh way, she experiences hunger and poverty, desperation and fear, but she survives and perseveres through the adversities. Finally, she arrives in America, and with her memoir she shares the emotional and physical struggles of a ten-year flight to freedom.
Kindle Price: $3.99
Click here to download this book. 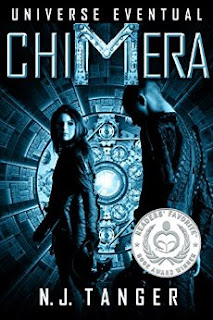 Chimera
On the verge of extinction, the Stephen’s Point colony must take desperate measures to save themselves. Without communication or resupply from Earth for the last fifteen years, the colony has but one chance to survive: restore the ancient starship Chimera and train a young crew to pilot her. The fate of the entire colony rests on the shoulders of a pair of misfits: Theo Puck, a sixteen-year-old hacker with a gift for speaking to machines, and fifteen-year-old Selena Samuelson, a brash but talented pilot with a dark secret in her past.
Kindle Price: $0.99
Click here to download this book. 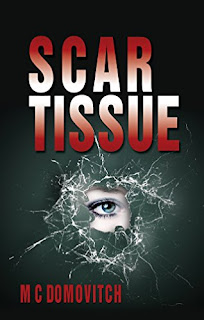 Scar Tissue
When successful model Ciara Kelly wakes up in hospital, remembering nothing of the weeks she has been missing, her only clues are the ugly words carved into her skin. According to the police she was a victim of the Cutter, a serial killer who has already murdered three women. For her protection the police and her doctors give a press conference, announcing that because her amnesia is organically caused, her memory loss is permanent. But, whether her memory returns or not is anybody’s guess.
Overnight, Ciara’s glamorous life is gone. Her scars have killed both her modelling career and her relationship with her rich boyfriend. With nothing to keep her in New York, she returns to her home town of Seattle, moves in with her sister and goes about building a new life. But when her sister lets it slip that Ciara’s memory is returning, the killer comes after her again. If Ciara is to stay alive, she must keep one step ahead of the Cutter.
Kindle Price: $3.99
Click here to download this book.
Posted by Joisel at 12:00 AM