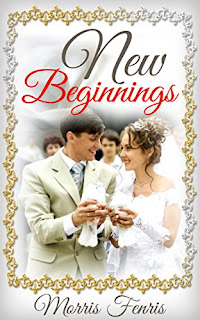 New Beginnings
Sometimes the darkest hour is simply the end of the tunnel just before sunrise. Tragedy can either break you or make you, the end result is up to you. Sara flees California, from her husband of a few days who wants her dead because she has stumbled across his dirty secret, and finds her soul mate in Montana. After Jane’s husband is killed in action, she lets her dreams of becoming a famous chef, living by the ocean and having a family of her own die with him. However, she gets a second chance and finds the answer to her dreams in California.When Grace’s husband is killed in action she gets the surprise of her life – her baby girl who she names Daniella. With her daughter’s life hanging in the balance, she takes a step of faith and realizes the resurrection of her dreams in California in the form of her perfect man.
Kindle Price: $0.00
Click here to download this book. 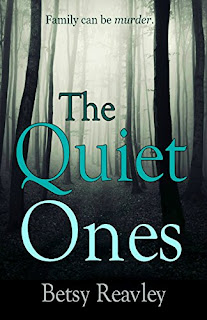 The Quiet Ones
What if you didn’t know where you came from? Who am I? This is the question Josie asks herself when a mysterious letter arrives. Then a brutal murder turns her world upside down. To make sense of the present, Josie must go back to the start. But who can she trust when no one knows the truth? And who is the sinister stranger obsessed with her life? The past is catching up with Josie and the consequences will be fatal …
Kindle Price: $0.99
Click here to download this book. 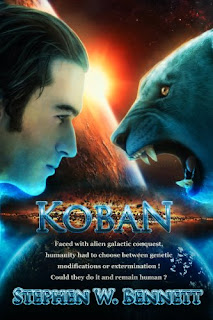 Koban
Quantum gravity theory revealed hidden dimensions that concealed gravity’s strong link to Tachyon Space. Nearly unlimited cheap energy from tachyons led to the creation of Jump Hole technology and faster than light travel to the stars. In two hundred years, humanity had colonized over seven hundred planets in a volume five hundred light years in radius. Humankind enjoyed the benefits of the end of wars and disbanded its standing armies. Life was idyllic for three hundred years.
Kindle Price: $0.99
Click here to download this book. 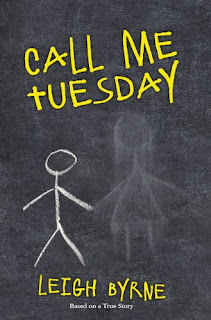 Call Me Tuesday: Based on a True Story
At eight years old, Tuesday Storm's childhood is forever lost when the death of her older sister Audrey sends her family spiraling out of control into the darkest of dysfunction. In the wake of the tragedy, Tuesday's mother, distraught and looking for a scapegoat, singles Tuesday out from her siblings to take on the blame for Audrey's death, and then targets her for unspeakable abuse. Almost overnight, the loving environment Tuesday has come to know, becomes an endless nightmare of twisted "games" and sadistic punishments as she's forced to confront the cruelty lurking behind the beautiful face of the mother she idolizes.
Kindle Price: $3.99
Click here to download this book. 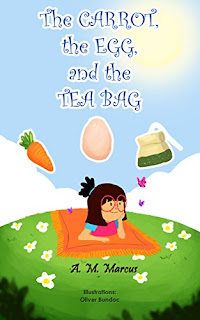 The Carrot, the Egg and the Tea Bag
This promising narrative follows the ventures of a young girl named Sharon who learns of the importance of self-determination and perseverance when faced with difficult challenges in her everyday life. Overwhelmed by her determination to succeed, Sharon seeks guidance from her loving father who teaches her a canny yet unforgettable life lesson. Follow Sharon on her journey of self-discovery as she learns a very important life lesson from her wise father. Through his ingenious imagination and creative use of food items, Sharon’s father teaches a lesson which is both meaningful and noteworthy. Are you the Carrot, the Egg, or the Tea Bag? The decision is yours.
Kindle Price: $2.99
Click here to download this book. 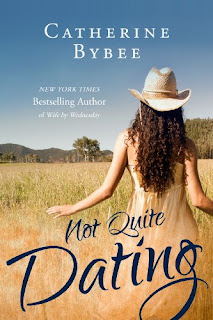 Not Quite Dating
Waitress and single mom Jessica “Jessie” Mann is practical to a fault. Even if she had time to date, which she doesn’t, she’d be determined to provide her son with a more secure upbringing than the one she had—and that would mean a husband with big bucks. When Jack Morrison—a sexy-as-sin, seemingly broke customer with a cowboy hat and a seductive grin—tries to flirt with her, she shoots him down. She doubts a carefree dreamer like Jack can provide the financial stability she needs. Yet with Christmas just weeks away, and Jessie not wanting to spend it alone, the charming Texan is proving hard to resist. As the heir to the Morrison luxury hotel empire, Jack is used to being fawned over. But Jack needs someone who will fall in love with him—not his wealth. He’s set his sights on Jessie, though her hardened heart just might get in the way…To be sure, he conceals his true identity and offers to help Jessie find the rich husband she seeks. But Jack’s daring charade may rob him of the holiday wish he wants most of all…
Kindle Price: $1.99
Click here to download this book.
Posted by Joisel at 12:00 AM