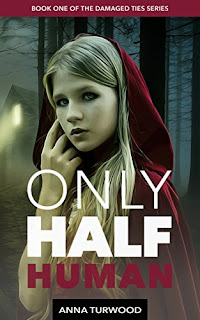 Only Half Human
Niri Reeves led a simple life until her 16th year – when her parents were viciously attacked and killed by trained wolves. She tried to help them, only to be injured herself. As a result, she shares the heritage of the werewolf. Her goal is to keep that information from everyone. On a trip to a convention near the Smoky Mountains, she meets Doug Roberts, an agent with the FBI. She is more involved in his case than she lets on. Her werewolf skills allow her to help, even as she struggles not to let anyone know what she really is.
Kindle Price: $0.00
Click here to download this book. 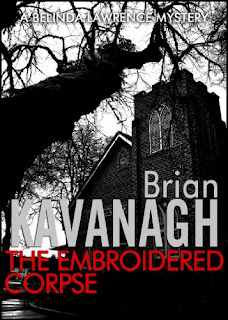 The Embroidered Corpse
Two startling murders that replicate the death of a mediaeval English king and the discovery of a mysterious ancient tapestry lead Belinda Lawrence and her associate Hazel Whitby into a vortex of suspense involving a bizarre religious cult, an enigmatic academic, a group of monks devoted to aggression and clues to a thrilling conspiracy nearly a thousand years old. It is the murder of a local villager that ensnares Belinda and Hazel in this web of intrigue and as they follow up each clue they little realise that their own lives are in danger. Each perilous turn brings them closer to an electrifying climax and imminent death. Following on from Capable of Murder, this is the second in the Belinda Lawrence Mystery Series and continues the lively young Australian's adventures in England with the same degree of wicked humour and heart-stopping excitement.
Kindle Price: $0.99
Click here to download this book. 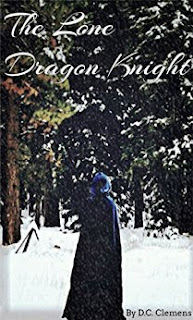 The Lone Dragon Knight
His memories only go as far back to his days slaying starved beasts and mad men in a dark pit, but soon after he’s sold to a criminal syndicate, Mercer gains a chance to avenge the life he lost. Helping him take advantage of the opportunity is an enchanted longsword he finds deep within a mountain, whose power links to that of an ancient dragon. If Mercer hopes to achieve retribution against his formidable foes, he must become something not seen in centuries—a dragon knight.
Kindle Price: $0.99
Click here to download this book. 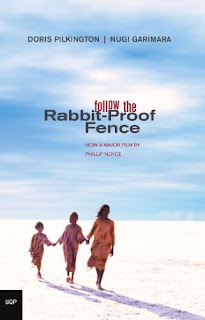 Follow the Rabbit-Proof Fence
This extraordinary story of courage and faith is based on the actual experiences of three girls who fled from the repressive life of Moore River Native Settlement, following along the rabbit-proof fence back to their homelands. Assimilationist policy dictated that these girls be taken from their kin and their homes in order to be made white. Settlement life was unbearable with its chains and padlocks, barred windows, hard cold beds, and horrible food. Solitary confinement was doled out as regular punishment. The girls were not even allowed to speak their language. Of all the journeys made since white people set foot on Australian soil, the journey made by these girls born of Aboriginal mothers and white fathers speaks something to everyone.
Kindle Price: $1.99
Click here to download this book. 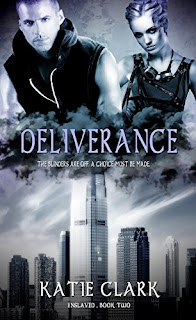 Deliverance
Hana is Greater. It’s a future she never envisioned for herself, but she’s not about to ignore the opportunity she’s been given--the opportunity to find answers about her Mom, Jamie, and Fischer. This could be an opportunity to tell others the truth about God and uncover the secrets the Great Supreme has been keeping from their small, struggling nation. When Hana’s search brings her to the mysterious prison she’s only heard of in rumors, the desire to get inside drives her to dig deeper for answers, but what she uncovers may be bigger than them all. Can she save herself and the others before the Great Supreme realizes what she's doing, or will she give up everyone she loves in her quest for the truth?
Kindle Price: $1.99
Click here to download this book. 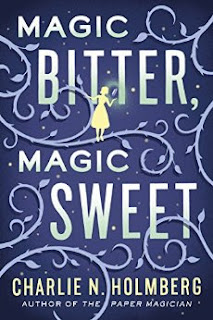 Magic Bitter, Magic Sweet
Maire is a baker with an extraordinary gift: she can infuse her treats with emotions and abilities, which are then passed on to those who eat them. She doesn’t know why she can do this and remembers nothing of who she is or where she came from. When marauders raid her town, Maire is captured and sold to the eccentric Allemas, who enslaves her and demands that she produce sinister confections, including a witch’s gingerbread cottage, a living cookie boy, and size-altering cakes. During her captivity, Maire is visited by Fyel, a ghostly being who is reluctant to reveal his connection to her. The more often they meet, the more her memories return, and she begins to piece together who and what she really is—as well as past mistakes that yield cosmic consequences.
Kindle Price: $1.99
Click here to download this book.
Posted by Joisel at 12:00 AM