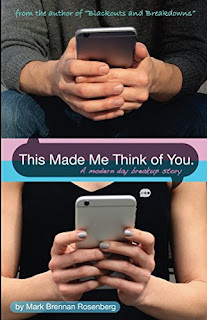 This Made Me Think of You
Max and Gretchen have just broken up after a tumultuous ten year relationship filled with several unique highs and devastating lows. Max, a recovering alcoholic and writer by trade, begins emailing Gretchen the day after they break up regaling her with stories of their past that made him think of her in an attempt to win her back, all the while ignoring Gretchen's request for space. Max can't seem to get himself together, while Gretchen flourishes with a new job, an active social life and supportive friends. Through a series of first person exchanges between Max and Gretchen that include emails, texts, Facebook updates and tweets that take place over the course of a year, the heart of their relationship comes to light and the reasons why they fell in love and the heartbreaking circumstances that led to their demise become devastatingly clear. As Max begins to pick up the pieces of his shattered life and once again finds his self-confidence and strength, Gretchen begins to sort through her past and begins rethinking some of the decisions she made regarding her relationship with Max. In an era where person-to-person conversations and talking over the phone have become a thing of the past, "This Made Me Think of You" is an honest look at how being so connected to each other, through so many different mediums, can lead to misunderstandings and at times lead us to give up the people we love most in the world.
Kindle Price: $0.00
Click here to download this book. 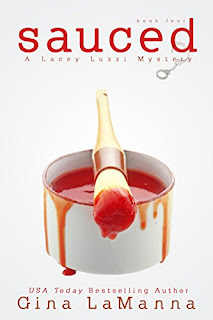 Lacey Luzzi: Sauced
Lacey Luzzi is all sorts of starred, striped, and spangled as she returns in Sauced, reunited with Meg, Clay, and Anthony just in time for the Fourth of July! Unfortunately, the rapidly approaching holiday means Lacey can no longer ignore the Luzzi Family Festivities – a picnic held every year on Independence Day. Filled to bursting with limoncello, ice cream cake, and illegal Mexican fireworks – the event promises to be an utter nightmare. Even worse? Lacey’s inevitable birthday.  Just when things are looking as if they can’t possibly go any more downhill, Carlos delivers a birthday present Lacey is not expecting: a bomb. Rumor has it that someone around town has been importing materials to build a massive incendiary device, promising the Twin Cities one heck of a fireworks show – and not in a good way. Carlos instructs Lacey to work side by side with Anthony – a man who suddenly seems filled with secrets – to save the day. As the humidity rises outside, the heat is on Lacey to locate the bomb and disassemble it before her hometown receives a fireworks display it won’t forget. If she can’t find the explosives, there’s a good chance Lacey might not make it to thirty.
Kindle Price: $0.99
Click here to download this book. 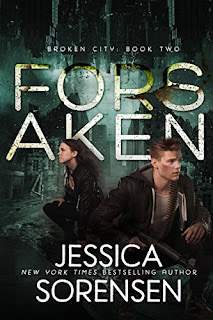 Forsaken
"After Reece, Ryder, and Blaise rescued me from the channels, I thought my imprisoned fate had changed. But during our journey back to the station, we’re captured by the Forsaken. The Forsaken are known for killing their prisoners, but a fate much worse than death is waiting for us at their camp. If we want to survive, we’ll have to find a way to escape. But the leader of the Forsaken won’t let me out of her sight. She’s convinced I’m a hybrid and is determined to prove it by forcing me to take a test. A test I’m not sure I can pass".
Kindle Price: $0.99
Click here to download this book. 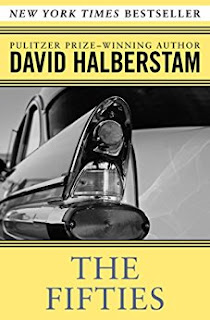 The Fifties
This is a sweeping social, political, economic, and cultural history of the ten years that Halberstam regards as seminal in determining what our nation is today. Halberstam offers portraits of not only the titans of the age: Eisenhower Dulles, Oppenheimer, MacArthur, Hoover, and Nixon, but also of Harley Earl, who put fins on cars; Dick and Mac McDonald and Ray Kroc, who mass-produced the American hamburger; Kemmons Wilson, who placed his Holiday Inns along the nation's roadsides; U-2 pilot Gary Francis Powers; Grace Metalious, who wrote Peyton Place; and "Goody" Pincus, who led the team that invented the Pill.
Kindle Price: $1.99
Click here to download this book. 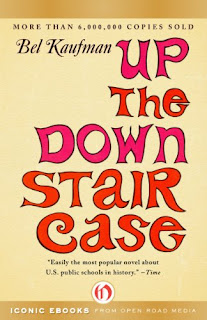 Up the Down Staircase
Never before has a novel so compellingly laid bare the inner workings of a metropolitan high school. Up the Down Staircase is the funny and touching story of a committed, idealistic teacher whose dash with school bureaucracy is a timeless lesson for students, teachers, parents--anyone concerned about public education. Bel Kaufman lets her characters speak for themselves through memos, letters, directives from the principal, comments by students, notes between teachers, and papers from desk drawers and wastebaskets, evoking a vivid picture of teachers fighting the good fight against all that stands in the way of good teaching.
Kindle Price: $1.99
Click here to download this book. 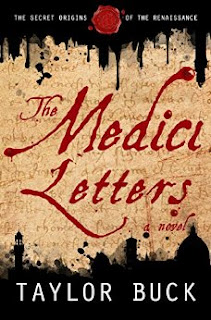 The Medici Letters: The Secret Origins of the Renaissance
A shocking ancient secret. The origins of western civilization discovered. The Renaissance—our most fundamental age of technological and artistic advance, was built upon a secret passed down to a banking family in Florence—the Medici. 500 years ago that secret was buried. Florence, Italy, present day. A trove of letters belonging to the Medici family is discovered underground. Archaeologist Kat Cullen comes across a map that leads her to the Swiss Alps where she is later found unconscious and her partner murdered. Kat’s husband, professor and classicist—Jack Cullen, rushes to investigate. He joins with Chester Allen, a brilliant scientist from surveillance enterprise TerraTEK Industries, and together they begin to unravel the mystery of the Medici letters in hopes of determining what happened in the Alps.
Kindle Price: $1.99
Click here to download this book.
Posted by Joisel at 12:00 AM