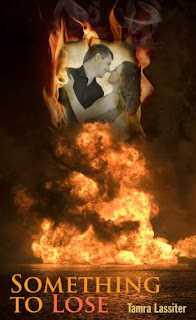 Something to Lose
Everyone has something to lose. Camden Piotrowski is justifiably upset to find her boyfriend in the arms of another woman. But it’s not the end of her world and definitely not something that a bubble bath, good wine, and cookie dough won’t help. Her pity party is interrupted when handsome Seth Vendetti bursts into her bathroom. She soon discovers that her world and those in it are not as they seem. Can she trust Seth’s version of the truth and make him realize that even he has something to lose?
Kindle Price: $0.00
Click here to download this book. 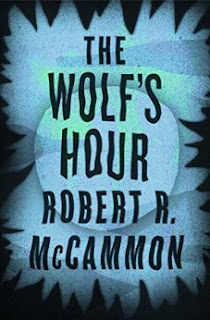 The Wolf's Hour
Allied Intelligence has been warned: A Nazi strategy designed to thwart the D-Day invasion is underway. A Russian émigré turned operative for the British Secret Service, Michael Gallatin has been brought out of retirement as a personal courier. His mission: Parachute into Nazi-occupied France, search out the informant under close watch by the Gestapo, and recover the vital information necessary to subvert the mysterious Nazi plan called Iron Fist. Fearlessly devoted to the challenge, Gallatin is the one agent uniquely qualified to meet it—he’s a werewolf. Now, as shifting as the shadows on the dangerous streets of Paris, a master spy is on the scent of unimaginable evil. But with the Normandy landings only hours away, it’s going to be a race against time. For Gallatin, caught in the dark heart of the Third Reich’s twisted death machine, there is only one way to succeed. He must unleash his own internal demons and redefine the meaning of the horror of war.
Kindle Price: $1.99
Click here to download this book. 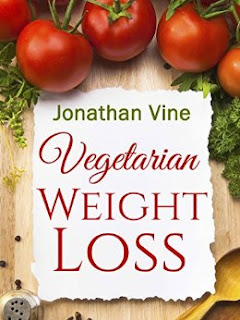 Vegetarian Weight Loss
Want to lose those extra pounds and live a healthy lifestyle? Start today and lose weight instantly! Vegetarian Weight Loss is written for anyone who wants to lose weight fast while following one of the healthiest and easiest ways to eat! Not only will you start to feel great but you will be shedding all those unwanted pounds too!
Kindle Price: $3.99
Click here to download this book. 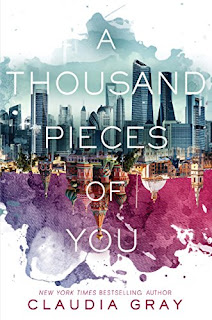 A Thousand Pieces of You
Marguerite Caine's physicist parents are known for their groundbreaking achievements. Their most astonishing invention, called the Firebird, allows users to jump into multiple universes—and promises to revolutionize science forever. But then Marguerite's father is murdered, and the killer—her parent's handsome, enigmatic assistant Paul— escapes into another dimension before the law can touch him. Marguerite refuses to let the man who destroyed her family go free. So she races after Paul through different universes, always leaping into another version of herself. But she also meets alternate versions of the people she knows—including Paul, whose life entangles with hers in increasingly familiar ways. Before long she begins to question Paul's guilt—as well as her own heart. And soon she discovers the truth behind her father's death is far more sinister than she expected.
Kindle Price: $1.99
Click here to download this book. 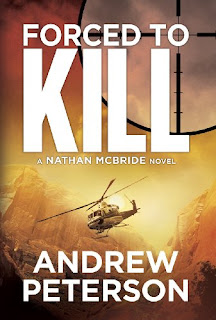 Forced to Kill
Trained Marine sniper Nathan McBride is the sole survivor of Montez de Oca, the brutal Nicaraguan interrogator who tortured countless souls to death before vanishing fourteen years ago. Though McBride’s body—as well as his soul—still bear the scars from the interrogator’s blade, he dares to hope the worst is behind him. But when the FBI recovers a mutilated body from a remote Utah lake, McBride needs just one glimpse to know the truth: Montez de Oca has resurfaced, this time on American soil. And McBride will be damned if he lets him escape again. So begins a quest for justice that will push McBride to the edge, pitting his capacity for mercy against his hunger for vengeance in a deadly game of cat-and-mouse that will reach into the highest levels of the US government.
Kindle Price: $1.99
Click here to download this book.
Posted by Joisel at 12:00 AM