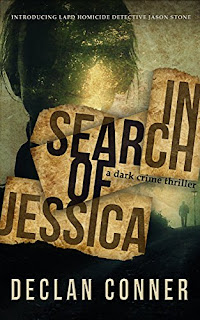 In Search of Jessica
Jesse and Jessica shared almost everything as children, except the same birthday. One other thing they couldn’t share was the love of their dad. He had his favorite for reasons best not mentioned. The family is torn apart when their dad is found murdered with all the traits of a particular twisted MO. A robbery gone wrong, jealous partner in a love triangle, warring neighbors, or someone closer to home? For Logan, the lead detective at the time and now head of LAPD homicide, the answer was and is simple. Jessica was guilty. That’s despite the case having never gone to trial, now gathering dust after fifteen years as his only cold case file of an otherwise illustrious career. When a murder takes place with a similar MO, detective Jason Stone is allocated the case. He’s a young man on a one–man mission to make a name for himself, and one who will break the rules to get there. Stone believes a mysterious person he dubs the Night Girl holds the key to unraveling the case. But just as he is close to cracking the case, his suspect list grows. Taken off the case, he goes undercover to continue his investigation. Infatuated, he places his Jessica under surveillance to get close. Too close. Someone should tell him to stop chasing a dream, or could end up end up as the serial killer’s next target.
Kindle Price: $0.00
Click here to download this book. 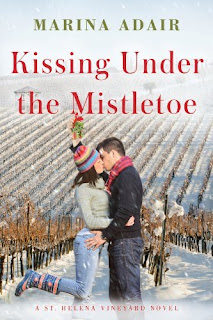 Kissing Under the Mistletoe
Regan Martin stopped believing in Christmas miracles six years ago when she lost everything—her house, her job, and her impeccable reputation in the wine industry—after she fell in love with a man she had no idea was married. Then Regan gets a chance for a fresh start in the Napa Valley. With her dream job, dream home, and her daughter enrolled in a wonderful new school, she starts wondering if holiday wishes really do come true. But she soon tumbles back down to earth when she learns that her new boss is none other than Gabe DeLuca, the scorned wife’s brother. Gabe wants nothing more than home-wrecking Regan Martin out of his life, his sister’s world, and his family’s business. Mostly, he wants the lush beauty out of his head. Yet his attempts to run her out of town have him thinking twice, especially when he sees that Regan may hold the key to tracking down his sister’s stolen start-up capital. Even worse for Gabe, Regan might just be his Christmas wish and hold the key to his heart.
Kindle Price: $1.99
Click here to download this book. 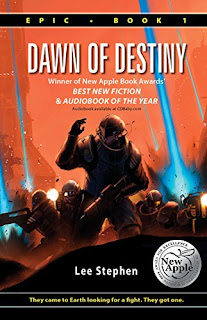 Dawn of Destiny
Some men go to war for the glory. Some men go to war to escape. For Scott Remington, war is entirely different. It is a belief. It is a calling. It is a destiny. Leaving everything behind-his fiancée, his future, his life-he embarks on a mission of faith into a battle he can barely understand. This is his story. This is his war. This is only the beginning.
Kindle Price: $2.99
Click here to download this book. 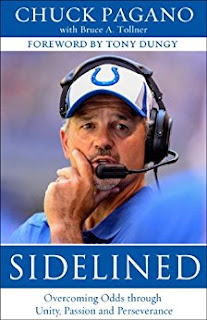 Sidelined: Overcoming Odds through Unity, Passion and Perseverance
Chuck Pagano, head coach of the Indianapolis Colts, has become one of the most inspiring, intriguing personalities in the game of football. Only three games into his rookie season in 2012, Pagano was diagnosed with leukemia, sidelined by the side effects chemotherapy and months of recovery. Undeterred, Pagano didn’t let the confines of his hospital bed keep him from coaching: texts, calls, and emails kept him in constant contact with players, staff, and assistants. Motivated to be just as strong and determined as their ailing coach the team started winning game after game, compiling an impressive 11-5 record. The players weren’t the only ones touched by Pagano’s hope and strength of character. Inspired by the tenacity and toughness of their beloved coach, a newcomer to town, thousands of fans united to form Chuckstrong, a movement that soon raised millions to help beat cancer. Pagano, fueled by his faith, his family, and his love of football, returned to lead the Colts to another winning season and the divisional playoffs in 2013.With Pagano’s practical lessons on living, loving, and leading, Sidelined, which includes an 8-page color photo section, inspires us all to stay in the game and never accept defeat.
Kindle Price: $1.99
Click here to download this book. 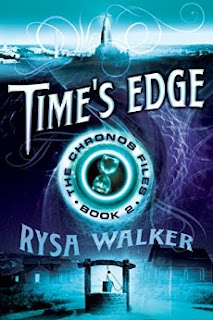 Time's Edge
To stop her sadistic grandfather, Saul, and his band of time travelers from rewriting history, Kate must race to retrieve the CHRONOS keys before they fall into the Cyrists' hands. If she jumps back in time and pulls the wrong key--one that might tip off the Cyrists to her strategy--her whole plan could come crashing down, jeopardizing the future of millions of innocent people. Kate's only ally is Kiernan, who also carries the time-traveling gene. But their growing bond threatens everything Kate is trying to rebuild with Trey, her boyfriend who can't remember the relationship she can't forget. As evidence of Saul's twisted mind builds, Kate's missions become more complex, blurring the line between good and evil. Which of the people Saul plans to sacrifice in the past can she and Kiernan save without risking their ultimate goal--or their own lives?
Kindle Price: $1.99
Click here to download this book. 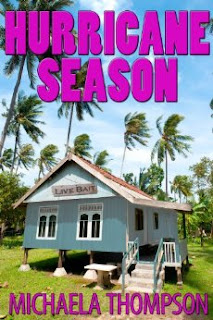 Hurricane Season
Sticky, sultry Palmetto had seen its share of hurricanes and evil. But it was an ill wind that blew through the Gulf-coast Florida town in the summer of '52. Diana Landis, well-known in every barroom, and more than a few bedrooms in town, was found beneath the dock, afloat in a fishing net. Her lover, Bo Calhoun, had already seen his family's moonshine still set ablaze by arsonists. Congressman Robert "Snapper" Landis seemed more interested in his tough reelection campaign with Gospel Roy McInnes than in his daughter's murder. And Wesley Stafford, a young seminarian more familiar with salvation than seduction, was in jail when, it seemed, he confessed to the killing. All that was before storekeeper Lily Trulock left her neglecting husband to his beekeeping and ran her skiff to the island of St. Elmo, where an even bigger wind threatened to blow the lid off the whole county!
Kindle Price: $1.99
Click here to download this book.
Posted by Joisel at 4:30 AM