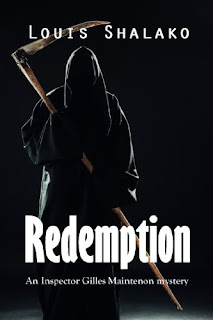 Redemption
Recently widowed and inspired by a boyhood fascination with Sherlock Holmes, the middle-aged Inspector Gilles Maintenon of the Surete is on a walking vacation of Dartmoor when he stumbles upon death in mysterious circumstances. When the woman he is falling in love with is brutally murdered, Gilles swears that he will never rest until the case is solved, the killer is caught, and justice is done. With a vein of dark humour running through it, this noir detective fiction examines the unforeseen results of our simplest actions.
Kindle Price: $0.00
Click here to download this book. 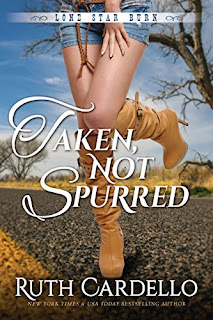 Taken, Not Spurred
Would-be writer Sarah Dery has just turned twenty-five and feels like her life is on hold. She's done squat with her English degree and is just killing time working for her parents. So, when the opportunity to spend the summer working on a ranch in Texas comes her way, she jumps at the chance, figuring it might be just the jolt she needs to get her creative juices flowing. Tony Carlton is a handsome and reclusive horse trainer with a tortured past and an eye for trouble, this time in the form of a naked blonde stranger he finds in his shower. The wrong turn that led Sarah into the arms of this sexy, brooding cowboy turns out to be just what she needed to find her steamy inner voice, but will their connection be enough to break down Tony's defenses?
Kindle Price: $1.99
Click here to download this book.

The Wall People
Katie O’Brien is starting over in Napa Valley, California. In the wake of an abusive marriage, she’s decided to begin her life anew by fulfilling a childhood dream of moving to a remote log cabin in the woods. As she heals, Katie rediscovers herself, forming new bonds and navigating a new life of mystery, adventure, forgotten love, and whimsical quests back through time to 19th Century Ireland. But everything comes with a price. Some doors should never be opened. The forces of good and evil clash as a timeless romance hangs in the balance. Through deft and clever storytelling, Annemarie Dapp brings us to an enigmatic world where dreams can become reality, and where a shattered past can trigger a fragmented present of unfinished troubles transforming current sufferings. The Wall People is a book about redemption; it is the story of a broken woman confronting herself and the world in which we all live.
Kindle Price: $0.99
Click here to download this book. 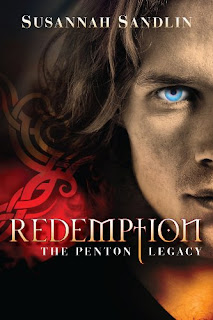 Redemption
For vampire Aidan Murphy, life has never been so desperate. The vaccine used to treat a global pandemic has rendered human blood deadly to his kind, leaving them on the brink of starvation and civil war. In tiny Penton, Alabama, Aidan establishes a peaceful community of vampires and unvaccinated human donors. He dares to hope they can survive—until his estranged brother descends upon Penton and begins killing the humans. Determined to save his town, Aidan kidnaps an unsuspecting human doctor—and finds himself falling in love for the first time in nearly four centuries.  Dr. Krystal Harris thought she was coming to Penton for a job interview, but Aidan Murphy has other plans. Infuriated by his high-handed scheme to imprison her in the small town, Krys can't ignore the attraction between them. But is it love? Or does her dangerous, charismatic captor want only to bend her to his will?
Kindle Price: $1.99
Click here to download this book. 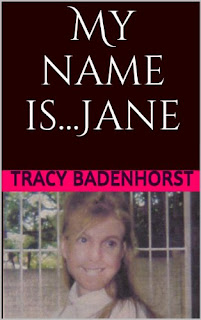 My name is...Jane
A heartwarming, touching true story of a young girl who's life is transformed in an instant. This 14yr old child, Jane, was struck down by a sudden, mysterious illness changing her and her families life instantly, tainting it in a way words cannot even describe. Her bravery and courage, along with her belief that "I will get better one day" makes this book one that you will read and forever hold in your heart and probably not want to put down until the very end!
Kindle Price: $1.10
Click here to download this book. 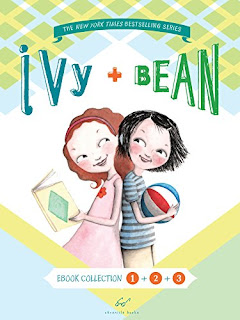 Ivy and Bean Bundle Set 1
This three-book bundle is a delightful introduction to the beloved, bestselling series. This bundle contains the first three books in the series, including: Ivy and Bean, Ivy and Bean and The Ghost That Had to Go, and Ivy and Bean Break the Fossil Record. Ivy and Bean's hilarious adventures hook readers from the first page and everyone is sure to fall in love with these two spunky characters who never meant to like each other.
Kindle Price: $1.99
Click here to download this book. 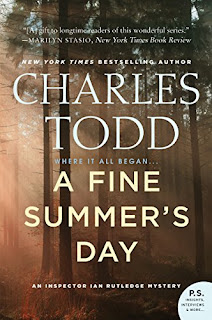 A Fine Summer's Day
On a fine summer's day in June, 1914, Ian Rutledge pays little notice to the assassination of an archduke in Sarajevo. An Inspector at Scotland Yard, he is planning to propose to the woman whom he deeply loves, despite intimations from friends and family that she may not be the wisest choice. To the north, on this warm and gentle day, another man in love-a Scottish Highlander-shows his own dear girl the house he will build for her in September. While back in England, a son awaits the undertaker in the wake of his widowed mother's death. This death will set off a series of murders across England, seemingly unconnected, that Rutledge will race to solve in the weeks before the fateful declaration in August that will forever transform his world. As the clouds of war gather on the horizon, all of Britain wonders and waits. With every moment at stake, Rutledge sets out to right a wrong-an odyssey that will eventually force him to choose between the Yard and his country, between love and duty, and between honor and truth.
Kindle Price: $1.99
Click here to download this book.
Posted by Joisel at 12:00 AM