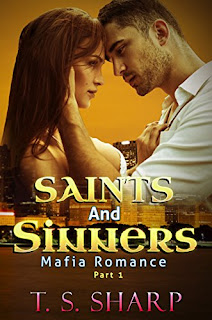 Saints and Sinners
"For the longest time, I thought I was a saint. I did everything by the book. I lived only for and by the rules. I lived my life the exact way people thought I should. There was no way to tell the difference between what I wanted and what everyone else did. I didn't realize the shell I was until he came along".
Kindle Price: $0.00
Click here to download this book. 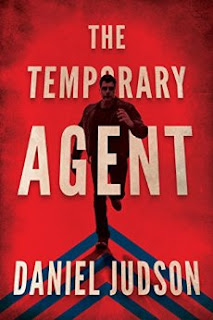 The Temporary Agent
Scarred by war, former Navy Seabee Tom Sexton vows to leave his violent past behind, only to be drawn back into that life when a deadly conspiracy forces him to face an agonizing choice no man should ever have to make. Five years after his life was saved in Afghanistan by Marine Force Recon Leader Charlie Cahill, Tom lives a bleak, nomadic existence, haunted by the debt he can never repay. Salvation appears in Stella—a woman as damaged, and resourceful, as he. But when a coded distress call from his former CO leads him to a shadowy NSA operative, Tom is recruited for a “black op” to bring back the now-rogue man who saved his life. As he searches for Cahill, Tom quickly uncovers a much larger web of treason and betrayal that calls his entire world into question—and forces him into the ultimate no-win scenario.
Kindle Price: $1.99
Click here to download this book.

The Wall People
Katie O’Brien is starting over in Napa Valley, California. In the wake of an abusive marriage, she’s decided to begin her life anew by fulfilling a childhood dream of moving to a remote log cabin in the woods. As she heals, Katie rediscovers herself, forming new bonds and navigating a new life of mystery, adventure, forgotten love, and whimsical quests back through time to 19th Century Ireland. But everything comes with a price. Some doors should never be opened. The forces of good and evil clash as a timeless romance hangs in the balance. Through deft and clever storytelling, Annemarie Dapp brings us to an enigmatic world where dreams can become reality, and where a shattered past can trigger a fragmented present of unfinished troubles transforming current sufferings. The Wall People is a book about redemption; it is the story of a broken woman confronting herself and the world in which we all live.
Kindle Price: $0.99
Click here to download this book. 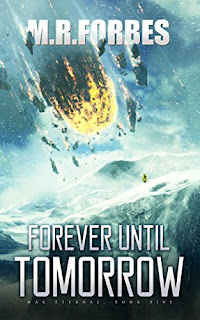 Forever Until Tomorrow
The war is over. The war has just begun. Major Katherine Asher of the newly founded United Earth Alliance knows nothing about the apocalyptic war of a past future. She’s scheduled to pilot the newly christened Dove, Earth’s first starship, in her maiden voyage. But when a terrorist attack leaves her wounded and hearing voices, she quickly finds herself caught up in the eternal struggle and fighting to stop a future that has no place for humankind. At the same time, a man in St. Louis decides to leave the psychiatric hospital he’s called home for the last twenty years, since the fateful night an alien starship fell to Earth…
Kindle Price: $1.99
Click here to download this book. 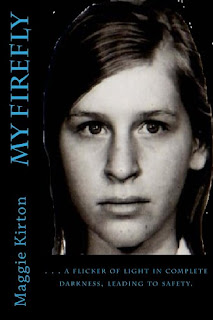 My Firefly
A horrifying account of torture and humiliation at the hands of her family, My Firefly will pull you into its pages and grab hold of your spirit. Seen from the perspective of the family home, this young girl struggles to stay alive as she is slowly ripped apart emotionally, physically and sexually by her father. You’ll experience an abundance of feelings throughout this book and won’t be able to put it down. My Firefly is a flicker of light in complete darkness, leading to safety. It is cruel and brutish and bloody. But, if you want inspiration, then read My Firefly. It will change your world. . .
Kindle Price: $2.99
Click here to download this book. 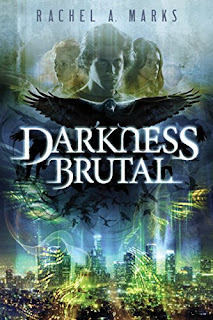 Darkness Brutal
Aidan O’Linn’s childhood ended the night he saw a demon kill his mother and mark his sister, Ava, with Darkness. Since then, every three years the demons have returned to try to claim her. Living in the gritty, forgotten corners of Los Angeles, Aidan has managed to protect his sister, but he knows that even his powers to fight demons and speak dead languages won’t keep her safe for much longer. In desperation, Aidan seeks out the help of Sid, the enigmatic leader of a group of teens who run LA Paranormal, an Internet reality show that fights demons and ghosts. In their company, Aidan believes he’s finally found a haven for Ava. But when he meets Kara, a broken girl who can spin a hypnotic web of passionate energy, he awakens powers he didn’t know he had―and unleashes a new era of war between the forces of Light and the forces of Darkness. With the fate of humanity in his hands, can Aidan keep the Darkness at bay and accept his brilliant, terrifying destiny?
Kindle Price: $1.99
Click here to download this book. 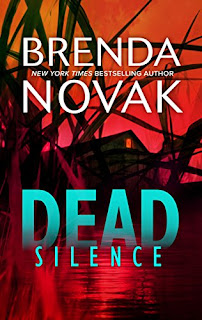 Dead Silence
Grace Montgomery, unable to forget a horrible tragedy that occurred thirteen years ago, returns home to confront her family and falls for widower Kennedy Archer, who puts his political ambitions in jeopardy--and his life in danger--when he pursues a relationship with her.
Kindle Price: $1.99
Click here to download this book.