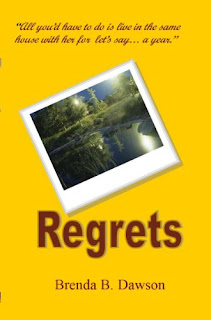 Regrets
Having devoted his life to the memory of his late wife, Big Gus Heinrich couldn’t possibly acknowledge the woman he now loved. That would be a desecration to his wife’s memory, a blemish to his own respectability. After all, small town propriety was absolute during the 1950’s. Men were righteous, women were virtuous, and Heaven help those who didn’t fit the mold. Having suffered the scorn of being a fatherless child in 1920s, Germany, Gus was mortified to discover that his own rebellious daughter was unwed and pregnant and would suffer as he had. Never could he let that happen. What was a father to do? His back against the wall, Gus paid his farm hand to marry the defiant girl.  “Just be her legal husband for one year. That’s all I ask.”  With plans for a fine future, Charlie Barnes readily agreed. Gillian, the girl of his dreams. How hard could it be to live with her for such a short time?
Kindle Price: $0.00
Click here to download this book. 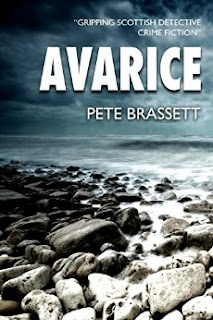 AVARICE
When a body is found in a remote Scottish glen, DI Munro comes out of retirement to investigate . The Police chief wants everything wrapped up before the upcoming regatta, but the locals are remarkably unforthcoming with helpful information. Sassy and quick, London detective sergeant Charlotte West is roped in by DI Munro to help solve what is now a murder case. It is good police work that will unravel the truth behind the crime, but not without ruffling a few feathers first. Will the killer escape the sharp-witted detectives’ grasp?
Kindle Price: $0.99
Click here to download this book. 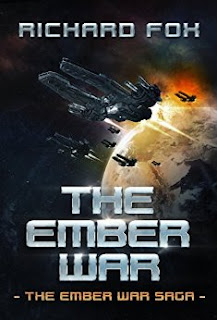 The Ember War
Earth is doomed. Humanity has a chance. In the near future, an alien probe arrives on Earth with a pivotal mission—help humanity survive an impending invasion by an alien armada so massive it can blot out the stars, or leave the human race to certain extinction. Despite overwhelming odds, the probe recruits a young inventor named Marc Ibarra to plan a daring gambit. To weather the coming storm, Ibarra must build a space fleet strong enough to face an implacable foe in a battle against annihilation.
Kindle Price: $0.99
Click here to download this book. 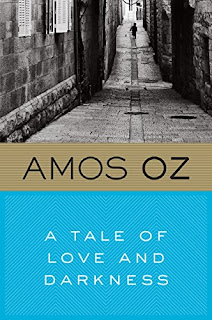 A Tale of Love and Darkness
A family saga and a magical self-portrait of a writer who witnessed the birth of a nation and lived through its turbulent history. A Tale of Love and Darkness is the story of a boy who grows up in war-torn Jerusalem, in a small apartment crowded with books in twelve languages and relatives speaking nearly as many. The story of an adolescent whose life has been changed forever by his mother’s suicide. The story of a man who leaves the constraints of his family and community to join a kibbutz, change his name, marry, have children. The story of a writer who becomes an active participant in the political life of his nation.
Kindle Price: $2.99
Click here to download this book. 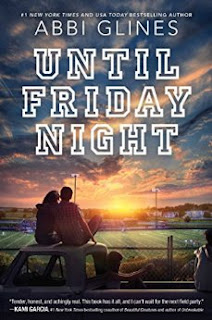 Until Friday Night
To everyone who knows him, West Ashby has always been that guy: the cocky, popular, way-too-handsome-for-his-own-good football god who led Lawton High to the state championships. But while West may be Big Man on Campus on the outside, on the inside he’s battling the grief that comes with watching his father slowly die of cancer. Two years ago, Maggie Carleton’s life fell apart when her father murdered her mother. And after she told the police what happened, she stopped speaking and hasn’t spoken since. Even the move to Lawton, Alabama, couldn’t draw Maggie back out. So she stayed quiet, keeping her sorrow and her fractured heart hidden away. As West’s pain becomes too much to handle, he knows he needs to talk to someone about his father—so in the dark shadows of a post-game party, he opens up to the one girl who he knows won’t tell anyone else. West expected that talking about his dad would bring some relief, or at least a flood of emotions he couldn’t control. But he never expected the quiet new girl to reply, to reveal a pain even deeper than his own—or for them to form a connection so strong that he couldn’t ever let her go…
Kindle Price: $1.99
Click here to download this book. 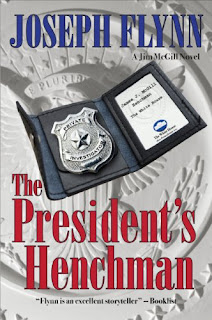 The President's Henchman
Jim McGill's first case is to find out who is stalking a member of the White House press corps, before that stalker turns the tables on McGill and maybe even threatens the president herself. He also has to be a shadow adviser to a young Air Force investigator who is looking into a he-said-she-said charge of adultery leveled against a female colonel working at the Pentagon, a case with the potential to derail the new president's administration before it has a chance to begin.
Kindle Price: $0.99
Click here to download this book.
Posted by Joisel at 12:00 AM