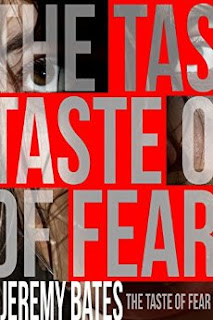 The Taste of Fear
American movie star Scarlett Cox and her husband, hotel tycoon Salvador Brazza, head to Africa to get away and resuscitate their ailing marriage. When robbed of their money and passports, they seek help from the U.S. Embassy in Dar es Salaam on the very day Al Qaeda chooses to bomb it. In an eyeblink they are taken hostage and whisked across the border deep into the Congo, one of the last truly wild places left on earth. Battling terrorists, deadly wildlife, and cannibalistic rebels, Scarlett and Sal must find a way to survive in a violent, primeval world. And the only person who may be able to save them is the assassin sent to kill them.
Kindle Price: $0.00
Click here to download this book. 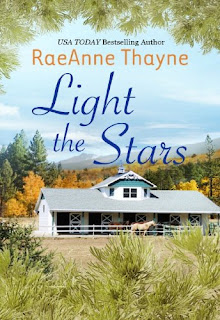 Light the Stars
Wade Dalton was having a very bad day.His five-year-old had accidentally set the kitchen on fire. His daughter was surly, as usual. The baby hadn't been fed yet. And his mother--aka "The Childminder"--had eloped...with a scam artist. Could it get any worse? Turned out it could. Because the annoyingly beautiful daughter of said scam artist was now at the door, batting her doe eyes at him and proposing that she be his temporary nanny while awaiting the newlyweds' return. Could he trust her to be under his roof? Could he trust himself with her under his roof?
Kindle Price: $1.99
Click here to download this book. 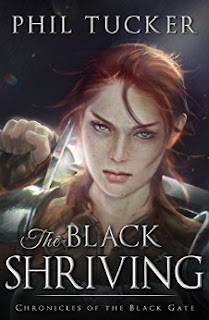 The Black Shriving
When invasion looms...
After a harrowing battle Lady Kyferin and her stalwart followers have earned themselves a brief respite from Lord Laur's fury. They know, however, that the next assault will be impossible to resist. Their sole hope of survival lies in forging an alliance with the only force capable of resisting the empire's might: the Agerastian heretics themselves.
But time is running out...
Yet over these political machinations looms the Black Shriving, the ancient curse that has struck down all who seek to defend Mythgraefen Hold. Asho and Kethe must embrace their newfound powers and undergo a dark journey into the heart of hellscape of the upper peaks in search of answers and a hope of salvation.
Their lives hang by the slimmest of threads...
If Magister Audsley can but divine the lost secrets of the Sin Casters, if Asho and Kethe can wrest the truth behind the existence of the second Black Gate, and if Lady Kyferin and Ser Tiron can forge a tenuous alliance with their most hated of enemies, they may just have a chance of surviving the oncoming darkness...
Kindle Price: $0.99
Click here to download this book. 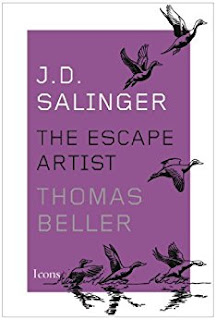 J.D. Salinger: The Escape Artist
A spirited, deeply personal inquiry into the near-mythic life and canonical work of J. D. Salinger by a writer known for his sensitivity to the Manhattan culture that was Salinger's great theme. Three years after his death at ninety-one, J.D. Salinger remains our most mythic writer. The Catcher in the Rye (1951) became an American classic, and he was for a long time the writer for The New Yorker. Franny and Zooey and Raise High the Roof Beam, Carpenters introduced, by way of the Glass family, a new type in contemporary literature: the introspective, voluble cast of characters whose stage is the Upper East Side of New York. But fame proved a burden, and in 1953 Salinger fled to New Hampshire, spending the next half century in isolation.
Kindle Price: $1.99
Click here to download this book. 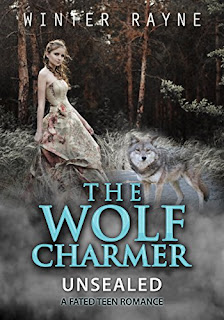 The Wolf Charmer
When Alice lands a job house-sitting in a secluded forest town she inadvertently discovers she has a gift that has run long in her lineage. Alice is a charmer; a being with the ability to channel a consenting shifter's supernatural energy to fuel their own powers. Charmers and shifters are historical enemies, and Alice is in wolf territory. She has wandered into the woods without so much as a clue about this ongoing war, and now she may never make it out. Tristan, the son of the shifter family for whom Alice is sitting, is awestruck by Alice and the feeling is mutual. Despite the historical rift between their families the pair are powerless to prevent a forbidden love from blossoming. Will the power of love be able to bring these feuding families back together, or will this ultimate betrayal be the end of them both? Those questions will have to wait, as the emergence of a common enemy means they must all work together if anyone is to survive at all.
Kindle Price: $2.99
Click here to download this book. 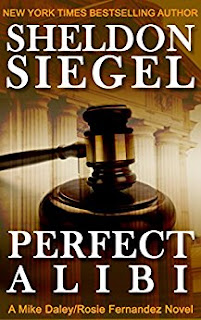 Perfect Alibi
For Mike Daley and Rosie Fernandez—former spouses and current law partners—the stakes have never been higher. In the seventh installment of this bestselling, critically acclaimed series, the duo learn that their sixteen-year-old daughter’s boyfriend has been arrested on suspicion of murdering his father, a Superior Court judge. Bobby Fairchild, however, claims to have found his father’s body upon returning home from a date with Grace. The police, who found Bobby at the scene of the crime holding the murder weapon, contend that his parents’ acrimonious divorce sent the boy over the edge. With their daughter as Bobby’s only (Perfect) Alibi, Mike and Rosie take the case that takes them down San Francisco’s darkest alleys and into the homes of some of the city’s most prominent citizens.
Kindle Price: $0.99
Click here to download this book.
Posted by Joisel at 12:00 AM