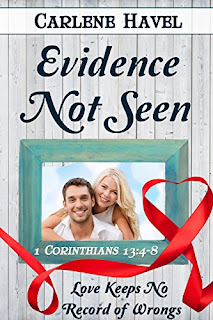 Evidence Not Seen
Although attorney Jeff Galloway’s career is in high gear, his personal life is a mess. Just before his father returns home from a 27-year stretch in prison, his girlfriend dumps him. When a chance encounter begins to blossom into new romance, soft-hearted Melanie Clark encourages Jeff to find a way to forgive his father’s long absence.
Kindle Price: $0.00
Click here to download this book. 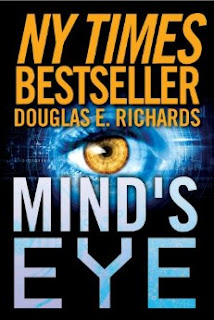 Mind's Eye
When Nick Hall wakes up in a dumpster--bloodied, without a memory, and hearing voices in his head--he knows things are bad. But they're about to get far worse. Because he's being hunted by a team of relentless assassins. Soon Hall discovers that advanced electronics have been implanted in his brain, and he now has two astonishing abilities. He can surf the web using thoughts alone. And he can read minds. But who inserted the implants? And why? And why is someone so desperate to kill him? As Hall races to find answers, he comes to learn that far more is at stake than just his life. Because his actions can either catapult civilization to new heights--or bring about its total collapse.
Kindle Price: $0.99
Click here to download this book. 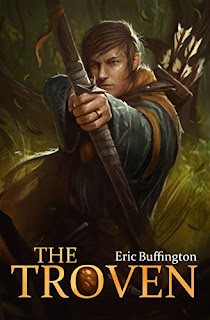 The Troven
For centuries, young men in their eighteenth year have been sent away from the small village of Dungan for a year-long exile as they begin their journey into manhood. This traditional exile, the Troven, was instituted so that young men may find themselves, find their purpose, and find their place in the world. When Kaz Kinsley and his three friends leave to begin their Troven, all they have on their minds is getting to the first sign of civilization and finding a way to survive on their own. Fate has more in mind for these young men, though. Stone Seekers are on the move, sent by the evil sorcerer Mordyar to find six magical stones, each with the power to enhance one of six gifts every person in Denall is born with. When Kaz unknowingly comes into possession of the Sight Stone, he and his friends become part of the story of the Stones of Power, and their Troven suddenly becomes something much more.
Kindle Price: $0.99
Click here to download this book. 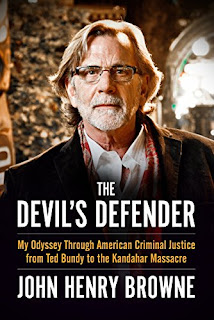 Devil's Defender: My Odyssey Through American Criminal Justice from Ted Bundy to the Kandahar Massacre
For the last four decades, the Seattled-based criminal defense lawyer has defended the indefensible. From Facebook folk hero “the Barefoot Bandit” Colton Harris-Moore, to Benjamin Ng of the Wah Mee massacre, to Kandahar massacre culprit Sgt. Robert Bales, Brown has stood at the forefront of our national debate over the death penalty, putting on trail our most base and violent instincts—and the institutional deficiencies that let our most vulnerable fall through the cracks. His unceasing advocacy and the daring to take on some of the most unwinnable cases—and nearly win them all—has led 48 Hours’ Peter Van Sant to call him “the most famous lawyer in America.” But although the Browne that America has come to know cuts a dashing and confident figure, he has forever been haunted by his job as counsel to Ted Bundy, the most famous serial killer in American history. A formerly drug- and alcohol-addicted (yet wildly successful) defense attorney who could never let go of the case that started it all, Browne here traces the roots of his discontent as well as his dedication, asking himself the question others have asked him all along: Does defending evil make you evil, too?
Kindle Price: $1.99
Click here to download this book. 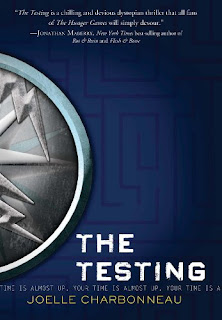 The Testing
The Seven Stages War left much of the planet a charred wasteland. The future belongs to the next generation’s chosen few who must rebuild it. But to enter this elite group, candidates must first pass The Testing—their one chance at a college education and a rewarding career.  Cia Vale is honored to be chosen as a Testing candidate; eager to prove her worthiness as a University student and future leader of the United Commonwealth. But on the eve of her departure, her father’s advice hints at a darker side to her upcoming studies--trust no one. But surely she can trust Tomas, her handsome childhood friend who offers an alliance? Tomas, who seems to care more about her with the passing of every grueling (and deadly) day of the Testing. To survive, Cia must choose: love without truth or life without trust.
Kindle Price: $0.99
Click here to download this book. 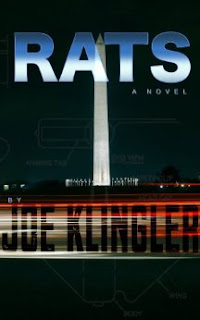 RATS
Summer greets the land of the midnight sun as a lone rider races across the last American wilderness, delivering on a promise he made long ago. He has many names, but the world only knows a shadow called the Demon. Soon to be drawn into the Demon's world, Claire Ferreti, an Army sniper, sips sake in Washington, DC with her lover, a young, ambitious General whose geosecurity specialty remains classified. When a boy finds a small machine, Claire embarks on a a black-ops mission that leads to a test of skill, a clash of ideologies, and her unconscious body lying in a typhoon-ravaged jungle. In that instant she becomes the hunted, the Demon's tool for survival, and an unforeseen threat. As the General pursues them into a labyrinth of cyber-secrets, political necessity and financial reality collide like a fireball piercing steel.
Kindle Price: $0.99
Click here to download this book.
Posted by Joisel at 12:00 AM