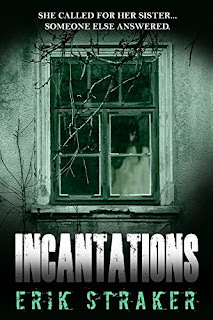 Incantations
Angela and Lillian Tremblay return to Summerhaven, New Hampshire after sixteen long years away. The sisters are forced to face old small town secrets, as well as forgotten childhood memories that float just beneath the surface of consciousness. One winter’s day, Angela comes home to find her dear, sweet Lillian dead in the basement. The police are content her hanging is a suicide and refuse to pursue other possibilities. But the town’s residents know the gruesome facts about the house. It was once the dwelling of the Summerhaven Witch, a woman known for killing children and bathing in their blood. A tortured Angela meets a local psychic who promises to help her discover the identity of Lil’s murderer. Now Angela must decide if she is willing to risk it all and contact the spirits for answers. When a deceased teenage girl appears and connects Angela’s past to her present, the truth threatens to push Angela from the cliffs of sanity. Will the house’s dark secrets remain buried in the shadows forever, or will the dead come forth to exhume Angela’s memories when she uses the Ouija board and speaks her incantations?
Kindle Price: $0.00
Click here to download this book. 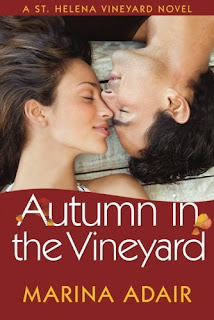 Autumn in the Vineyard
Frankie Baudouin has a hundred reasons not to trust Nate DeLuca. First, he’s a DeLuca. Second, he kissed her—in front of the entire town—and then never called. Oh, and he’s after her land. Sorrento Ranch is Frankie’s last chance to prove to her family—and to herself—that she has what it takes to be an award-winning winemaker. And she will stop at nothing to ensure her success—even if it means playing nice with the starched, sophisticated, and oh-so-sexy Italian. For Nate, Sorrento Ranch is more than just soil and grape vines; it was his father’s dream—a dream Nate is determined to make a reality. So when he finds himself forced to cohabitate with a hot-headed, irrational, and incredibly gorgeous Baudouin, Nate is surprised to discover that chaos could be so much fun—especially when she sleeps in nothing but lace.
Kindle Price: $1.99
Click here to download this book. 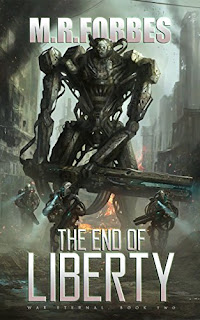 The End of Liberty
The Goliath has been discovered, the first of its secrets revealed. Now the race is on for Captain Mitchell Williams and his crew to return to Liberty and recover Origin’s lost memories before the enemy can complete their violent conquest. It's a mission with a near-zero chance of success. A mission that only the Riggers would be crazy enough to accept, and skilled enough to survive. A mission that will test the limits of Mitchell’s mind, body, and soul, and force him to make an impossible choice that could cost the lives of millions. This is war, and if he can’t win a battle for a single planet, how can he possibly change the outcome of a conflict that has raged beyond eternity?
Kindle Price: $0.99
Click here to download this book. 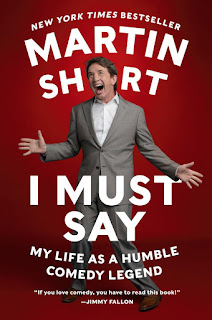 I Must Say: My Life As a Humble Comedy Legend
In this engaging memoir, written with heart, wisdom, and a huge helping of hilarity, Martin Short shares stories of his life, revealing how a Canadian kid obsessed with American show business became the comedian s comedian ("Vanity Fair"). Martin Short is one of few celebrities in show business who has continually worked hard, found success, and maintained a normal, happy family life. His memoir is a reflection on his diverse collection of experiences, both hilarious and heartbreaking.
Kindle Price: $1.99
Click here to download this book. 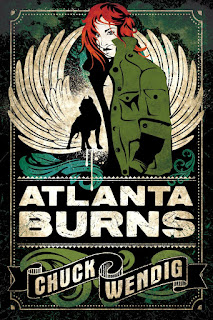 Atlanta Burns
Everyone knows that. And that’s kinda how she likes it—until the day Atlanta is drawn into a battle against two groups of bullies and saves a pair of new, unexpected friends. But actions have consequences, and when another teen turns up dead—by an apparent suicide—Atlanta knows foul play is involved. And worse: she knows it’s her fault. You go poking rattlesnakes, maybe you get bit. Afraid of stirring up the snakes further by investigating, Atlanta turns her focus to the killing of a neighborhood dog. All paths lead to a rural dogfighting ring, and once more Atlanta finds herself face-to-face with bullies of the worst sort. Atlanta cannot abide letting bad men do awful things to those who don’t deserve it. So she sets out to unleash her own brand of teenage justice. Will Atlanta triumph? Or is fighting back just asking for a face full of bad news?
Kindle Price: $1.99
Click here to download this book. 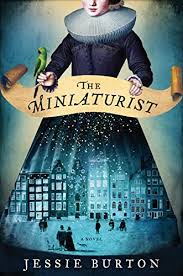 The Miniaturist
On a brisk autumn day in 1686, eighteen-year-old Nella Oortman arrives in Amsterdam to begin a new life as the wife of illustrious merchant trader Johannes Brandt. But her new home, while splendorous, is not welcoming. Johannes is kind yet distant, always locked in his study or at his warehouse office—leaving Nella alone with his sister, the sharp-tongued and forbidding Marin. But Nella’s world changes when Johannes presents her with an extraordinary wedding gift: a cabinet-sized replica of their home. To furnish her gift, Nella engages the services of a miniaturist—an elusive and enigmatic artist whose tiny creations mirror their real-life counterparts in eerie and unexpected ways . . .Johannes’ gift helps Nella to pierce the closed world of the Brandt household. But as she uncovers its unusual secrets, she begins to understand—and fear—the escalating dangers that await them all. In this repressively pious society where gold is worshipped second only to God, to be different is a threat to the moral fabric of society, and not even a man as rich as Johannes is safe. Only one person seems to see the fate that awaits them. Is the miniaturist the key to their salvation . . . or the architect of their destruction?
Kindle Price: $1.99
Click here to download this book.
Posted by Joisel at 12:00 AM