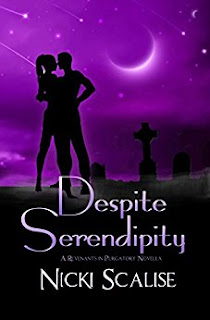 Despite Serendipity
A boring night, a crowded club. Portia Winters has had her fill of both. She's one cheesy pickup line away from losing her mind when Tore Brennan slides up onto the barstool next to hers. When the DJ plays the perfect song, she seizes the opportunity to show him everything she's come to feel for him since they first met over a decade ago. Tore loves the nightlife — the music, the alcohol, and the easy women. All that could change when his perfect woman drags him onto the dance floor. Portia's classy, gorgeous, and everything he’s ever dreamed of. Can he abandon his playboy ways for a chance to prove he can be the man she deserves? Or will old habits die hard?
Kindle Price: $0.00
Click here to download this book. 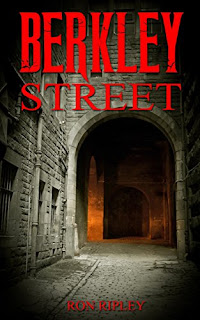 Berkley Street
Shane Ryan returns to Nashua and the childhood memories that drove him to join the Marines. After a prolonged legal battle with his aunt and uncle, Shane has possession of the family home where his parents disappeared over 20 years ago. The house, a monstrous castle filled with ghosts and secrets, is more alive than its inhabitants. When his aunt and uncle come to town, then vanish, Shane's life takes a turn for the worse. Detective Marie Lafontaine immediately labels Shane as the prime suspect. And in a race against time, Shane desperately searches for clues about his parents. But there's something lurking beyond the walls and beneath the surface. Something sinister that has haunted him ever since he saw its face in the pond behind the house. And it isn’t happy that Shane is back. It isn’t happy at all.
Kindle Price: $0.99
Click here to download this book. 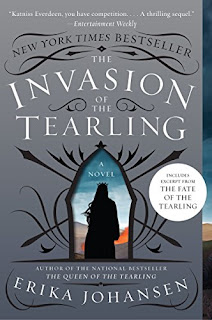 The Invasion of the Tearling
With each passing day, Kelsea Glynn is growing into her new responsibilities as Queen of the Tearling. By stopping the shipments of slaves to the neighboring kingdom of Mortmesne, she crossed the Red Queen, a brutal ruler whose power derives from dark magic, who is sending her fearsome army into the Tearling to take what is hers. And nothing can stop the invasion. But as the Mort army draws ever closer, Kelsea develops a mysterious connection to a time before the Crossing, and she finds herself relying on a strange and possibly dangerous ally: a woman named Lily, fighting for her life in a world where being female can feel like a crime. The fate of the Tearling —and that of Kelsea’s own soul—may rest with Lily and her story, but Kelsea may not have enough time to find out.
Kindle Price: $1.99
Click here to download this book. 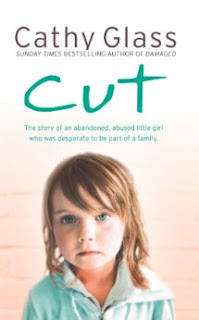 Cut: The true story of an abandoned, abused little girl who was desperate to be part of a family
The bestselling author of 'Damaged' tells the story of Dawn, a sweet and seemingly well-balanced girl whose outward appearance masks a traumatic childhood of suffering at the hands of the very people who should have cared for her.
Kindle Price: $0.99
Click here to download this book. 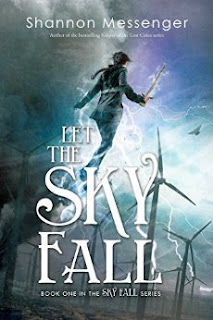 Let the Sky Fall
Seventeen-year-old Vane Weston has no idea how he survived the category five tornado that killed his parents. And he has no idea if the beautiful, dark-haired girl who’s swept through his dreams every night since the storm is real. But he hopes she is. Seventeen-year-old Audra is a sylph, an air elemental. She walks on the wind, can translate its alluring songs, and can even coax it into a weapon with a simple string of commands. She’s also a guardian—Vane’s guardian—and has sworn an oath to protect Vane at all costs. Even if it means sacrificing her own life. When a hasty mistake reveals their location to the enemy who murdered both of their families, Audra’s forced to help Vane remember who he is. He has a power to claim—the secret language of the West Wind, which only he can understand. But unlocking his heritage will also unlock the memory Audra needs him to forget. And as the storm bears down on them, she starts to realize the greatest danger might not be the warriors coming to destroy them—but the forbidden romance that’s grown between them.
Kindle Price: $1.99
Click here to download this book. 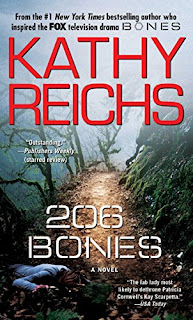 206 Bones
Old and alone, bound hands to feet, Tempe Brennan regains consciousness locked in a dark cell—or is she buried alive in a tomb?—and begins to reconstruct the twisted chain of events that led her to this terrifying place. Tempe and Lieutenant Ryan had recently accompanied the remains of a missing heiress from Montreal to the Chicago morgue, and suddenly Tempe is accused of mishandling the autopsy. After an incriminating phone call and another shocking death, Tempe’s unseen enemy closes in—even as the corpse of a second, and then a third, elderly woman turns up in the woods of Montreal. Who wants Tempe dead, or at least out of the way, and why? Who would resort to sabotage to destroy the secrets hidden in the bones? Only Tempe can uncover the truth—if she can escape the deadly fate someone has designed for her.
Kindle Price: $2.99
Click here to download this book.
Posted by Joisel at 12:00 AM