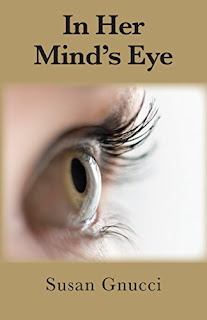 In Her Mind's Eye
Set in quaint, sleepy Victoria, British Columbia in the rugged Canadian Pacific Northwest where big-city crime is almost non-existent, In Her Mind's Eye delves into the psychic connection between a cunning serial killer and a young woman who 'witnesses' his latest gruesome murder. Fearful she won't be believed, psychic Tess Walker waits several weeks before contacting the police with a vital but disturbing clue in the case of a local teenage girl found murdered in the woods. She stuns police by claiming that the killer is also psychic and that he has used his ability to kill before. Frightened this killer is now on the hunt for her, she agrees to enter the murder investigation that is headed by a gruff, seasoned detective and his young rookie partner. And so it becomes a race against time - who will find the other first? Weeks turn into months as the police launch an exhaustive manhunt with Tess' help while the killer conducts his own methodical search for his 'witness' - the one person who can put him behind bars. Pitted against such a diabolical adversary, will Tess' psychic gift prove to be a blessing or a curse?
Kindle Price: $0.00
Click here to download this book. 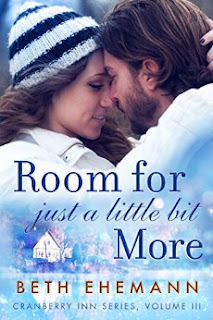 Room for Just a Little Bit More
"Five years ago, my dreams were shattered in an instant. One year ago, a horrible rainstorm flooded a bridge in town, leaving us with an Inn full of stranded travelers. Turns out one of those travelers would give me a whole new set of dreams, ones I never thought possible. Brody Murphy spent the last year teaching me what it was like to live, and more importantly love, again. Two days ago, he asked me to marry him, and if I’d said yes any faster, I would have interrupted the most romantic proposal ever offered. I can’t wait to marry him and spend the rest of our lives spoiling our Twinkies. One year from now I’ll be Mrs. Kacie Murphy, assuming everything goes nice and smooth".
Kindle Price: $0.99
Click here to download this book. 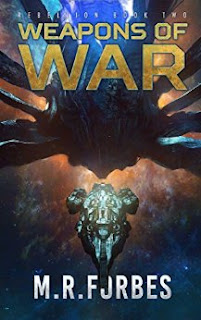 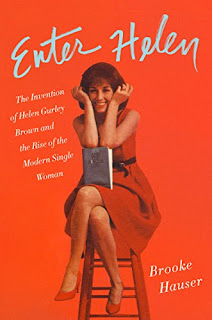 Enter Helen: The Invention of Helen Gurley Brown and the Rise of the Modern Single Woman
In 1965, Helen Gurley Brown, author of the groundbreaking bestseller Sex and the Single Girl, took over an ailing Cosmopolitan and soon revamped it into one of the most bankable—and revolutionary—brands on the planet. At a time when women’s magazines taught housewives how to make the perfect casserole, Helen spoke directly to the single girl next door, cheekily advising her on how to pursue men, money, power, pleasure, and, most of all, personal happiness. In this retro romp that will appeal to fans of Mad Men, journalist Brooke Hauser reveals how a self-proclaimed “mouseburger” from the Ozarks became one of the most influential women of her time. Though she was married (to the renowned movie producer David Brown), no one embodied the idea of the Cosmo Girl more than Helen, who willed, worked, and flirted her way to the top. Bringing New York City vibrantly to life during the sexual revolution and the women’s movement, and featuring a rich cast of characters, including Hugh Hefner and Gloria Steinem, Enter Helen is the riveting story of a polarizing pioneer who bucked convention to define her own destiny, baiting a generation that both revered and rejected her.
Kindle Price: $1.99
Click here to download this book. 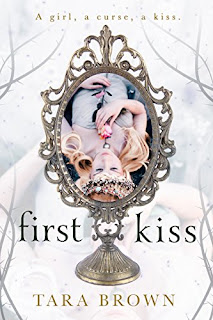 First Kiss
There is a house at the end of an empty road, where many a men have lost their soul. Sweetest love's first kiss is enough to guarantee the payment to the dead. It was there in the mist and the warmth of her embrace, I met my end. I shall never rest again. Nor shall any man who gives his heart to a lady of The Loch. 4 months, twenty-seven days, and eleven hours. That's all that's left of Erralynn Lake's life as the curse girl. With her nineteenth birthday on the horizon, she can almost taste the freedom. But it doesn't taste the way it should, nothing about being free is the way she imagined it would be. In fact nothing will ever be the way she imagined it to be. Because the curse isn't what she thought it was, nothing is.
Kindle Price: $0.99
Click here to download this book. 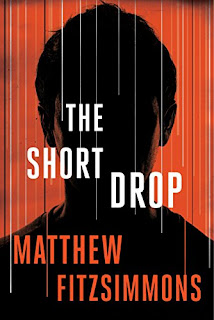 The Short Drop
A decade ago, fourteen-year-old Suzanne Lombard, the daughter of Benjamin Lombard—then a senator, now a powerful vice president running for the presidency—disappeared in the most sensational missing-person case in the nation’s history. Still unsolved, the mystery remains a national obsession. For legendary hacker and marine Gibson Vaughn, the case is personal—Suzanne Lombard had been like a sister to him. On the tenth anniversary of her disappearance, the former head of Benjamin Lombard’s security asks for Gibson’s help in a covert investigation of the case, with new evidence in hand. Haunted by tragic memories, he jumps at the chance to uncover what happened all those years ago. Using his military and technical prowess, he soon discovers multiple conspiracies surrounding the Lombard family—and he encounters powerful, ruthless political players who will do anything to silence him and his team. With new information surfacing that could threaten Lombard’s bid for the presidency, Gibson must stay one step ahead as he navigates a dangerous web to get to the truth.
Kindle Price: $1.99
Click here to download this book.
Posted by Joisel at 12:00 AM