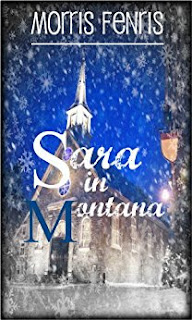 Christmas: Sara in Montana
What happens when a California girl meets a Montana guy in the middle of a crisis? Sara wished for a husband for Christmas this year and then married her boss. Now she is running for her life from him with a warrant out for her arrest, doesn’t want to be married anymore, and really needs a miracle to save her. To top off her week - she finds herself in the middle of a Montana snowstorm and sicker than she’s ever been. Trent quit the FBI to return home and became a sheriff. As the most eligible bachelor in Castle Peaks, he’s had his share of women chase him, but has been disinterested; until now. He has a sworn duty to protect the town’s citizens and assist other agencies in doing the same. When faced with a suspect in a criminal case, will he make the arrest or lead with his heart?
Kindle Price: $0.00
Click here to download this book. 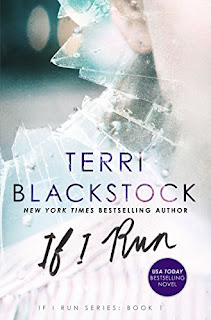 If I Run
Casey Cox’s DNA is all over the crime scene. There’s no use talking to police; they have failed her abysmally before. She has to flee before she’s arrested . . . or worse. The truth doesn’t matter anymore. But what is the truth? That’s the question haunting Dylan Roberts, the war-weary veteran hired to find Casey. PTSD has marked him damaged goods, but bringing Casey back can redeem him. Though the crime scene seems to tell the whole story, details of the murder aren’t adding up. Casey Cox doesn’t fit the profile of a killer. But are Dylan’s skewed perceptions keeping him from being objective? If she isn’t guilty, why did she run? Unraveling her past and the evidence that condemns her will take more time than he has, but as Dylan’s damaged soul intersects with hers, he is faced with two choices. The girl who occupies his every thought is a psychopathic killer . . . or a selfless hero. And the truth could be the most deadly weapon yet.
Kindle Price: $1.99
Click here to download this book. 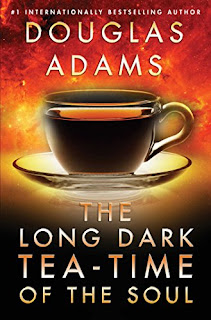 Long Dark Tea-Time of the Soul
When a passenger check-in desk at London's Heathrow Airport disappears in a ball of orange flame, the explosion is deemed an act of God. But which god, wonders holistic detective Dirk Gently? What god would be hanging around Heathrow trying to catch the 3:37 to Oslo? And what has this to do with Dirk's latest--and late-- client, found only this morning with his head revolving atop the hit record "Hot Potato"? Amid the hostile attentions of a stray eagle and the trauma of a very dirty refrigerator, super-sleuth Dirk Gently will once again solve the mysteries of the universe...
Kindle Price: $1.99
Click here to download this book. 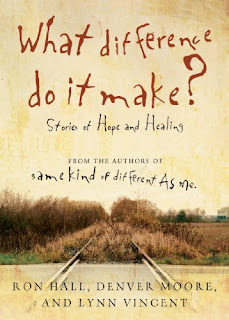 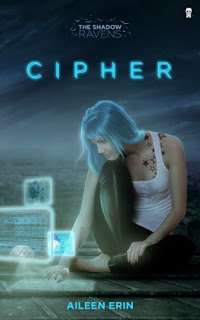 Cipher
Alone and on the run, Cipher doesn't talk about her secrets, her powers, or the people chasing her. She can’t let anyone get that close. At least, she shouldn’t. Knight is working undercover for the bad guys. He’s done things that have marked his soul, but it’ll all be worth it if he can save the girl who means everything to him—the girl who saved his life by putting herself in danger. It’s been twelve years, but Knight knows she’s still alive, and he’s made it his mission to find her and keep her safe. When Knight finally catches up to Cipher, electricity sparks. He’s crazy gorgeous, stupid brilliant, and begging to lift the burden from Cipher’s shoulders. Can she really trust him with her secrets? With her life? She doesn’t have long to decide, because Knight isn’t the only who’s been looking for her. Now Cipher can’t run without leaving him behind. What good is being together if they’re both dead. To save Knight, Cipher will finally stop running…one way or another.
Kindle Price: $3.82
Click here to download this book. 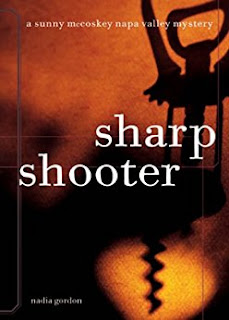 Sharpshooter
Sunny McCoskey is the independent chef/owner of Wildside, a little cafe nestled in Napa Valley, where the food is exactly right. When the heir apparent to a major vineyard is shot dead, and Sunny's eccentric winemaker friend, Wade, is arrested for the murder, she launches her own investigation. The solution lies in the tangled personalities and politics of the wine industry, and in the threat posed to the valley by the glassy-winged sharpshooter. Set in a region renowned for its food and wine, Sharpshooter launches an entertaining mystery series featuring Sunny and an engaging cast of wine professionals, cooks, socialites-and suspects.
Kindle Price: $0.99
Click here to download this book.
Posted by Joisel at 12:00 AM