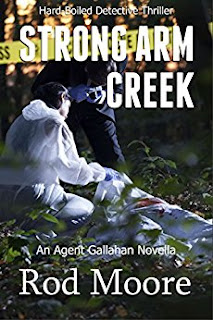 Strong Arm Creek
When Steve Ellis returned to his home town to catch up with old friends the last thing he expected was to wind up dead in Strong Arm Creek. In this first Agent Gallahan Short Story local Detective Elizabeth 'Lizzy' Raye has to put her own feelings for Gallahan aside in solving the case of three murders in a matter of weeks. With fear gripping the close knit community of Strong Arm Creek she is in a race against time to put a stop to the killings. However the one thing she feared the most may in fact come true. Could it be possible the man she loves, Gallahan, could some how be linked to the killings? As the case unfolds there is more to these recent murders than meets the eye where those who appear innocent are not what they seem!
Kindle Price: $0.00
Click here to download this book. 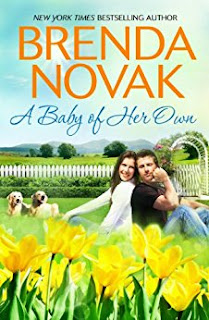 A Baby of Her Own
At thirty, she longs to break away from the constraints of her life. Longs to reach out for her heart's desire. She'd prefer marriage as well, but there's no man in Dundee, Idaho, she's interested in marrying. Then one winter night she and her best friend, Rebecca, go to Boise with the intent of finding a man for Delaney. She meets a handsome stranger named Conner, a man who might be able to provide her with the solution she needs...and the baby she wants! Afterward she thinks she must have been out of her mind. But it's too late. Because she's pregnant. And because the stranger isn't a stranger anymore. Conner Armstrong is now living on a ranch just outside Dundee.
Kindle Price: $0.99
Click here to download this book. 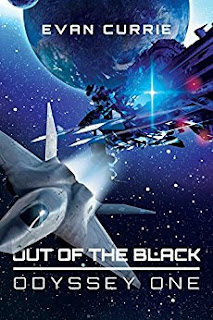 Out of the Black
Deep in blackest space, the Drasin have watched humanity’s journey to the stars—and determined that a species as barbaric as ours has no place in the cosmos. The wreckage of the starship Odyssey, once Earth’s greatest guardian, lies strewn across New York City. Abandoned by all but its captain, Odyssey’s sacrifice covered the withdrawal of countless troops as the Drasin assault ravaged the planet. When Captain Eric Weston finally emerges from the rubble, impossibly alive thanks to the mysterious “Gaia,” he knows with the Drasin it’s kill or be killed. But not all of the heavens have proven hostile. The Priminae have felt the full brunt of Drasin aggression on their own home world, and they won’t leave humanity to face annihilation alone. Together with what’s left of the crews of the Odyssey and other starships, they race to join Weston and his group of Earth-bound survivors for a desperate last stand.
Kindle Price: $1.99
Click here to download this book. 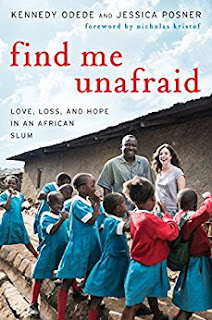 Find Me Unafraid
This is the story of two young people from completely different worlds: Kennedy Odede from Kibera, the largest slum in Africa, and Jessica Posner from Denver, Colorado. Kennedy foraged for food, lived on the street, and taught himself to read with old newspapers. When an American volunteer gave him the work of Mandela, Garvey, and King, teenaged Kennedy decided he was going to change his life and his community. He bought a soccer ball and started a youth empowerment group he called Shining Hope for Communities (SHOFCO). Then in 2007, Wesleyan undergraduate Jessica Posner spent a semester abroad in Kenya working with SHOFCO. Breaking all convention, she decided to live in Kibera with Kennedy, and they fell in love.Their connection persisted, and Jessica helped Kennedy to escape political violence and fulfill his lifelong dream of an education, at Wesleyan University.
Kindle Price: $1.99
Click here to download this book. 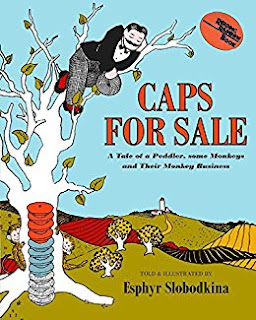 Caps for Sale
This story about a peddler and a band of mischievous monkeys is filled with warmth, humor, and simplicity and teaches children about problem and resolution. Children will delight in following the peddler’s efforts to outwit the monkeys and will ask to read it again and again. Caps for Sale is an excellent easy-to-read book that includes repetition, patterns, and colors, perfect for early readers.
Kindle Price: $1.99
Click here to download this book. 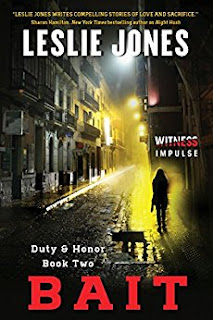 Bait
After several assassination attempts on an allied royal, the CIA sends in operative Christina Madison—who bears a striking resemblance to the monarch—to pose as the famous princess and draw out her would-be killer. When Delta Force Lieutenant Gabriel Morgan's team is assigned to Christina's undercover protection detail, he's less than thrilled. Gabe wants nothing to do with a woman whose rumored screw-up nearly got her last team killed. Not to mention there's bad blood between Gabe and the CIA—he doesn't trust anyone who lies for a living. But once the trap is set and the assassin takes the bait, Gabe must protect her with his life … because danger lurks in the shadows, and now Christina is in the crosshairs.
Kindle Price: $0.99
Click here to download this book.
Posted by Joisel at 5:00 PM