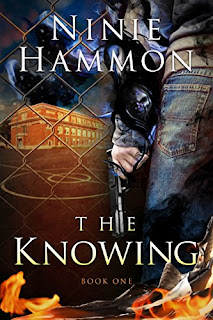 The Knowing
It starts with a school shooting. It ends with the return of an evil as ancient as the skeleton of the universe.  In the middle, normal garden-variety people must figure out how to live their everyday lives—how to survive!—after they discover that all those childhood horror stories … well, most of them are true.  When the hot call comes over the radio: “Code Red! Active shooter at Carlisle Elementary School,” Police Sergeant Jack Carpenter has one job and only one job. Find the gunman; take him out. He rushes into the school, fully armed and focused on cold, hard reality. But what happens to him in the next few hours shatters the world as he has always known it. And in the next three days, everything Jack Carpenter believes about himself, about life and reality, about good and evil and the whole nature of the universe will be challenged.  Can it possibly be true—seriously?—that invisible monsters prowl among us every day?  That there exists in the real world a winged creature more horrifying than any Hollywood-animated, computer-generated, mechanical unreality?  And that the single-minded mission of that beast—a creation of absolute, soul-less evil—is to kill Jack Carpenter?
Kindle Price: $0.00
Click here to download this book. 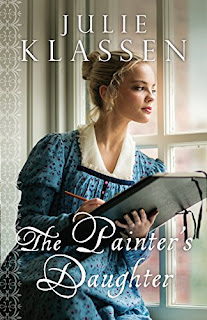 The Painter's Daughter
Desperate for a way to escape her predicament, Sophie agrees to marry a stranger and travel to his family's estate. But at Overtree Hall, her problems are just beginning. Will she regret marrying Captain Overtree when a repentant Wesley returns? Or will she find herself torn between the father of her child and her growing affection for the husband she barely knows?
Kindle Price: $2.99
Click here to download this book. 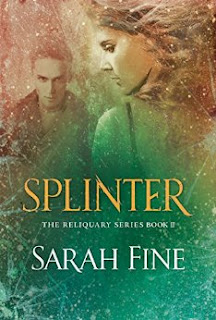 Splinter
Mattie Carver has relinquished the world of magic, with all its dark temptations. In six weeks, she’ll marry Ben Ward and claim the safe, small-town life she craves. But Mattie’s talents as a reliquary—someone able to smuggle magic within her body—make her a valuable commodity, even to those she trusts the most. Forced out of retirement by a painful betrayal, she must seek the help of the man she’s tried desperately to stay away from: Ben’s estranged brother, Asa. Asa, a sensor and magic dealer, may have saved Ben months ago, but he’s complicated Mattie’s life beyond imagining. Trailed by lethal mobsters through Chicago’s seamy magical underbelly and an eerie traveling carnival, Mattie struggles to endure the priceless magic she’s holding and her feelings for Asa. Once, she thought she’d chosen her path. Now the only option may be to succumb to the destiny that’s choosing her, and hope she’s strong enough to survive.
Kindle Price: $1.99
Click here to download this book. 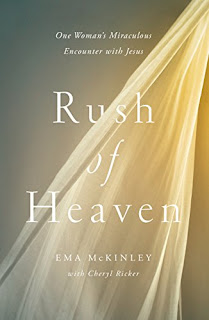 Rush of Heaven
Once an athletic, powerhouse woman with multiple jobs and volunteer positions, Ema became a modern-day Job who lost everything except her faith and desire to trust God more fully. Ema wrestled with pain, anger, and unforgiveness, but now takes the listener on a healing miracle encounter of Biblical proportions.
Kindle Price: $2.99
Click here to download this book. 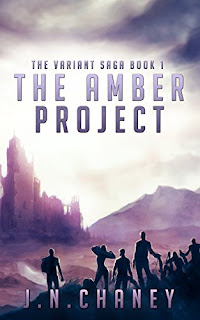 The Amber Project
In 2157, a mysterious gas known as Variant spreads across the globe, killing or mutating most organic life. The surviving humans take refuge in an underground city, determined to return home. But after generations of failures and botched attempts, hope is beginning to dwindle. That is, until a young scientist makes a unique discovery—and everything changes. Suddenly, there’s reason to hope again, and it rests within a group of genetically engineered children that are both human and Variant.  Terry is one of these children, modified and trained to endure the harsh conditions of a planet he cannot begin to understand. After years of preparation, Terry thinks he knows what to expect. But the reality is far stranger than anything he can imagine—and what he will become is far more dangerous.
Kindle Price: $2.99 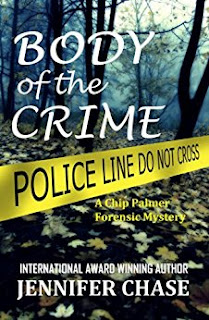 Body of the Crime
Three grisly murders linked to five old cold cases, dubbed the Flower Girl Murders, pushes detectives to their limit to find a clever and extremely brutal serial killer, leaving a California town demanding justice. The District Attorney’s Serial Special Task Force retains the help of the reclusive Dr. Chip Palmer, a forensic expert and criminal profiler, to steer them in the right direction. Palmer is known for his astute academic interpretations of serial and predatory crimes, along with his unconventional tactics that goes against general police procedures. He is partnered with the tough and beautiful D.A. Inspector Kate Rawlins, a homicide detective transplanted from Phoenix, and the chemistry ignites between the team—both good and deadly. The Flower Girl Murders leaves three homicides, five cold cases, two seasoned detectives, three suspects, and one serial killer calling all the shots. The investigation must rely on one eccentric forensic scientist to unravel the clues to solve the case. But at what cost?
Kindle Price: $0.99
Click here to download this book.
Posted by Joisel at 1:01 AM