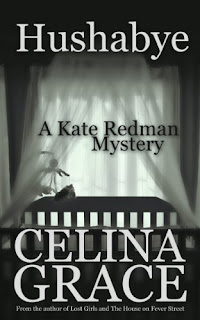 Hushabye
On the first day of her new job in the West Country, Detective Sergeant Kate Redman finds herself investigating the kidnapping of Charlie Fullman, the newborn son of a wealthy entrepreneur and his trophy wife. It seems a straightforward case... but as Kate and her fellow officer Mark Olbeck delve deeper, they uncover murky secrets and multiple motives for the crime. Kate finds the case bringing up painful memories of her own past secrets. As she confronts the truth about herself, her increasing emotional instability threatens both her hard-won career success and the possibility that they will ever find Charlie Fullman alive...
Kindle Price: $0.00
Click here to download this book. 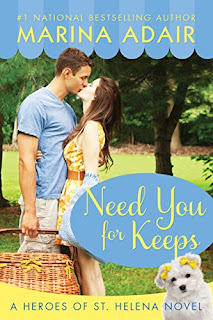 Need You for Keeps
When it comes to caring for the furry residents of St. Helena, California, groomer and pet rescuer Shay Michaels can handle anything. Humans are another story, though especially Deputy Jonah Baudouin. He's the town's resident superhero: upright, uptight, and jaw-droppingly gorgeous, even when he's investigating complaints about Shay's beloved foster animals. And that spells danger for Shay, a free spirit who can't risk trusting the wrong person again. Jonah and Shay have been circling each other ever since she came to town, and he's running out of reasons to "not" kiss her senseless. But this deputy is a straight shooter with his eye on the sheriff's badge. He can't afford to get involved with Shay, a chaos magnet with luscious curves who's liable to turn his career and his life upside down. He enforces laws. She breaks them repeatedly. Keeping her out of trouble is becoming a full-time job and it's one he hopes is never going to end.
Kindle Price: $0.99
Click here to download this book. 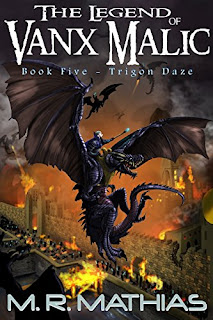 Trigon Daze
In a piece of the Mirror of Portent, Vanx Malic sees the forces of the mysterious Trigon destroying Parydon Isle. This strange new enemy, with ensorcelled fighters, dragon riding wizards, and a nearly perfect battle plan, find little resistance in this future vision. After sending Gallarael to warn her brother, the Crown Prince of Parydon, about the invasion, Vanx sees the Trigon attacking his homeland, in the mirror. Deep inside he knows he has to go warn them. Forced to torture information out of the cocooned Hoarwitch, Vanx learns how to free the gargan outcast, Chelda from the Underland binding that keeps her trapped in the Shadowmane. He also learns how to transport his crew of treacherous friends to Zyth. Together Vanx and his dog familiar, Sir Poopsalot, Thorn, Chelda Flar and her elven lover, Moonsey, along with Gallarael, Prince Russet and a host of others, give all they have to keep the Trigon from destroying the Heart Tree. Soon they learn that there is another, even more potent, force that drives the Trigon. This force is known as the Paragon Dracus, and stopping it just might prove to be impossible. Even still, Vanx Malic is going to try, Join him in this, non stop, action and adventure fantasy that you wont be able to put down.
Kindle Price: $2.99
Click here to download this book. 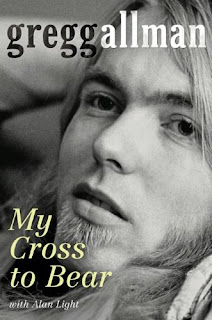 My Cross to Bear
For the first time, rock music icon Gregg Allman, one of the founding members of The Allman Brothers Band, tells the full story of his life and career in My Cross to Bear. No subject is taboo, as one of the true giants of rock ’n’ roll opens up about his Georgia youth, his long struggle with substance abuse, his string of bad marriages (including his brief union with superstar Cher), the tragic death of  brother Duane Allman, and life on the road in one of rock’s most legendary bands.
Kindle Price: $1.99
Click here to download this book. 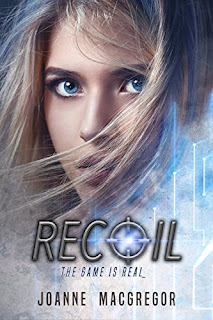 Recoil
When a skilled gamer gets recruited as a sniper in the war against a terrorist-produced pandemic, she discovers there’s more than one enemy and more than one war. The Game is real. Three years after a series of terrorist attacks flooded the US with a lethal plague, society has changed radically. Sixteen year-old Jinxy James spends her days trapped at home – immersed in virtual reality, worrying about the plague and longing for freedom. Then she wins a war simulation game and is recruited into a top-secret organisation where talented teenagers are trained to become agents in the war on terror. Eager to escape her mother’s over-protectiveness and to serve her country, Jinxy enlists and becomes an expert sniper of infected mutant rats. She’s immediately drawn to Quinn O’Riley, a charming and subversive intelligence analyst who knows more about the new order of government and society than he is telling. Then a shocking revelation forces Jinxy to make an impossible decision, and she risks losing everything.
Kindle Price: $2.99
Click here to download this book. 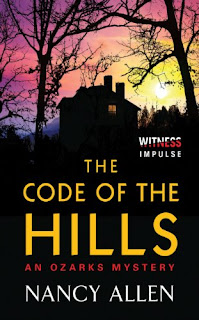 The Code of the Hills
To uncover the truth, she'll have to break the code of the hills …In the Missouri Ozarks, some things aren't talked about … even abuse. But prosecutor Elsie Arnold is determined to change that. When she is assigned to prosecute a high-profile incest case in which a father is accused of abusing his three young daughters, Elsie is ready to become the Ozarks' avenging angel. But as Elsie sinks her teeth into the case, everything begins to turn sour. The star witness goes missing; the girls refuse to talk about their father, who terrorizes the courtroom from the moment he enters; and Elsie begins to suspect that their tough-as-nails mother has ulterior motives. To make matters worse, Elsie receives gruesome threats from local extremists, warning her to mind her own business. While Elsie swears not to let a sex offender walk, she realizes the odds—and maybe the town—are against her, and her life begins to crumble. But amidst all of the conflict, the safety of three young girls hangs in the balance ...
Kindle Price: $0.99
Click here to download this book.
Posted by Joisel at 12:00 AM