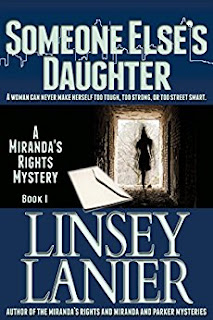 Someone Else’s Daughter
THE SEARCHING MOTHER
Miranda Steele. Smart-talking, hot pepper-eating loner whose abusive ex-husband stole her baby and gave it up for adoption. She comes to Atlanta to hunt for her daughter.
THE PI
Wade Parker. Wealthy owner of the Parker Investigative Agency and most eligible forty-four-year-old bachelor in Atlanta. He still mourns the death of his socialite wife but must now solve a disturbing murder case.
THE MURDERER
A serial killer strangling young girls in a bizarre ritual. Why? She doesn't need a man. He needs to find a killer. Together, can they save a thirteen year old girl?
Kindle Price: $0.00
Click here to download this book. 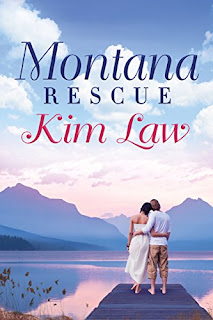 Montana Rescue
Championship bull rider Nick Wilde is the face of Montana Pro Rodeo, with all the acclaim and fans he can handle. But is that enough? Contemplating his next career move, he’s come home to his family’s cherry orchard—and to his childhood crush, helicopter pilot Harper Stone. But Harper’s not quite the sexy, badass girl he once lusted after. Recently widowed, she’s broken in two. Wanting to help her move on, Nick finds himself aching for the kind of stability he never had as a child. True love comes once if you’re lucky, and Harper already had her shot. An accident took her husband eighteen months ago and left only pain and guilt in his place. Now Nick is waking up her body and heart to everything she might still have to gain…or lose. A second chance is more than she thinks she deserves. But with a man like Nick doing the persuading, maybe it’s time to try.
Kindle Price: $2.00
Click here to download this book. 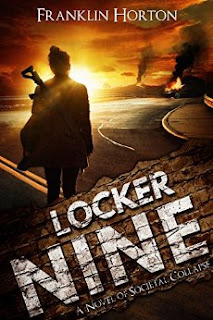 Locker Nine
Grace Hardwick’s dad is a science fiction writer who makes his living destroying the world. When Grace decides to go away for her first year of college her dad, Robert, can’t help but think of all of the potential ways that society could collapse and strand his daughter hundreds of miles from home. Then, near the end of her freshman year, it happens. Like a scene from one of Robert’s books, coordinated terror attacks take place at dozens of locations around the country – including on the campus of Grace’s university.
Kindle Price: $0.99
Click here to download this book. 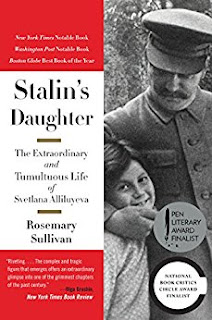 Stalin's Daughter
With access to KGB, CIA, and Soviet government archives, as well as the close cooperation of Svetlana’s daughter, Rosemary Sullivan pieces together Svetlana’s incredible life in a masterful account of unprecedented intimacy. Epic in scope, it’s a revolutionary biography of a woman doomed to be a political prisoner of her father’s name. Sullivan explores a complicated character in her broader context without ever losing sight of her powerfully human story, in the process opening a closed, brutal world that continues to fascinate us.
Kindle Price: $1.99
Click here to download this book. 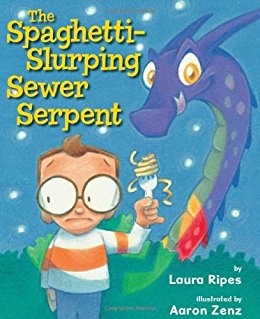 The Spaghetti-Slurping Sewer Serpent
Sammy Sanders can't sleep. He is 77 percent sure that a spaghetti-slurping serpent lives in his sewer. Sammy and his sidekicks his sister, Sally, and their slobbery dog, Stan set out to discover the truth. What Sammy finds is a surprise in this tongue twisting mystery featuring the slippery letter S. The bright, fun artwork was created in colored pencil.
Kindle Price: $1.00
Click here to download this book. 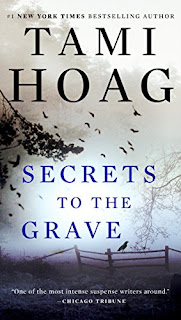 Secrets to the Grave
When Marissa is found brutally murdered, with her young daughter, Haley, resting her head on her mother's bloody breast, she sends the idyllic California town of Oak Knoll into a tailspin. Already on edge with the upcoming trial of the See- No-Evil killer, residents are shocked by reports of the crime scene, which might not have been discovered for days had it not been for a chilling 911 call: a small child's voice saying, "My daddy hurt my mommy." Sheriff's detective Tony Mendez faces a puzzle with nothing but pieces that won't fit. To assist with his witness, Haley, he calls teacher-turned-child advocate Anne Leone. Anne's life is hectic enough-she's a newlywed and a part- time student in child psychology, and she's the star witness in the See-No-Evil trial. But one look at Haley, alone and terrified, and Anne's heart is stolen.  As Tony and Anne begin to peel back the layers of Marissa Fordham's life, they find a clue fragment here, another there. And just when it seems Marissa has taken her secrets to the grave, they uncover a fact that puts Anne and Haley directly in the sights of a killer: Marissa Fordham never existed.
Kindle Price: $1.99
Click here to download this book.
Posted by Joisel at 12:00 AM