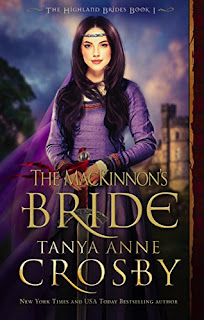 The MacKinnon's Bride
Descended of the legendary sons of MacAlpin, Iain MacKinnon refuses to bow to the English. When his young son is captured by a minion of the English king, the fierce Scottish chieftain vows to stop at nothing to secure the lad's return. Retaliating in kind, he captures the daughter of his enemy, planning to bargain with the devil. FitzSimon's daughter has lived her entire life in the shadow of the man she called father--yet never would she have imagined he would forsake his only daughter. Even as Page blames her captor for welching on a contract with her father, she suspects the truth. But the shadows hold secrets ... now only the love of her reluctant champion can save the MacKinnon's Bride.
Kindle Price: $0.00
Click here to download this book. 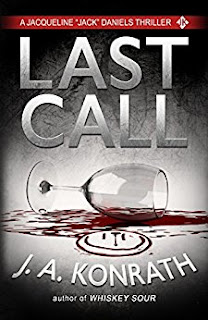 Last Call
Legendary Chicago cop Jacqueline "Jack" Daniels has retired. She's no longer chasing murderers, content to stay out of the public eye and raise her new daughter. But when her daughter's father, Phin Troutt, is kidnapped, she's forced to strap on her gun one last time. Since being separated from his soul mate, the prolific serial killer known as Donaldson has been desperately searching for her. Now he thinks he's found out where his beloved Lucy has been hiding. Decades ago, a young girl was kidnapped. She has grown up to become an unfeeling monster, on a quest to discover for the secrets of her past. All three are headed to the same place. La Juntita, Mexico. Where a bloodthirsty cartel is enslaving people and forcing them to fight to the death in insane, gladiator-style games. Games run by a psychotic genius named Luther Kite. Join Jack, Donaldson and Lucy, and Luther, for the very last act in their twisted, perverse drama. Along for the ride are Jack's friends; Phin, Harry, and Herb, as well as a mob enforcer named Tequila and a covert operative named Chandler. There will be blood. And death. So much death...
Kindle Price: $0.99
Click here to download this book. 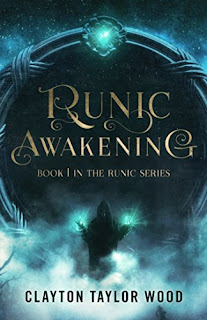 Runic Awakening
Kalibar is the greatest of the Weavers, magic-wielding soldiers who defend the Empire. Long retired, he is content to spend his final days studying magic in solitude. So when he finds a boy named Kyle bleeding to death on an abandoned road, Kalibar is reluctant to take him in. That is, until he discovers that the boy has incredible magic potential. There's only one problem...Kyle claims to be an alien from another planet. A planet he calls Earth. With no idea how Kyle got here, and no way to get him home, Kalibar takes the boy under his wing. Eager to train Kyle to use his incredible powers, Kalibar has no time to do it. Lethal assassins calling themselves Death Weavers are trying to kidnap Kyle. Led by a ruthless undead immortal known only as the Dead Man, the assassins plan to use Kyle's incredible abilities to destroy the Empire. Time is running out...and Kyle may be the only one powerful enough stop the Dead Man. If he fails, the Empire will fall...and Kalibar will suffer a fate worse than death!
Kindle Price: $0.99
Click here to download this book. 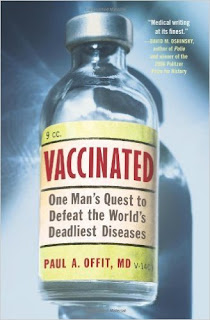 Vaccinated
Maurice Hilleman's mother died a day after he was born and his twin sister stillborn. As an adult, he said that he felt he had escaped an appointment with death. He made it his life's work to see that others could do the same. Born into the life of a Montana chicken farmer, Hilleman ran off to the University of Chicago to become a microbiologist, and eventually joined Merck, the pharmaceutical company, to pursue his goal of eliminating childhood disease. Chief among his accomplishments are nine vaccines that practically every child gets, rendering formerly dread diseases—including often devastating ones such as mumps and rubella—practically toothless and nearly forgotten; his measles vaccine alone saves several million lives every year.
Kindle Price: $1.99
Click here to download this book. 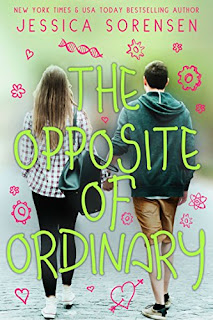 The Opposite of Ordinary
"One day ago my life was pretty perfect. But a lot can change in a day. In one day, I went from being Ashlynn Wynterland, one of the most popular girls in school to being the girl who spends lunchtime hiding out in Mr. Chester’s classroom and watching Maxon Harter and his science obsessed friends mess around with experiments. All because Queeny Harlington thinks I made out with her crush. Queeny Harlington is the queen of Fareland high. And up until a day ago, she was my best friend. Now she’s my worst enemy who’s threatening to tell the entire school all of my secrets. Being the friendless, social outcast has its downsides. So, when Maxon Harter invites me to hang out with him and his mad scientist friends, I accept his offer, even though they all seem to despise me. Which is fine. Sort of… The truth is I’ve always thought Maxon was cute in a weirdly unordinary way. And the more I get to know him, the more I find myself crushing on him badly. Which makes me wonder if I’ve always been a weirdly unordinary kind of girl, but was too afraid to admit it. But when Queeny decides to tell everyone my darkest secret of all, I doubt Maxon and my new friends will accept me anymore. I need to stop her, and the only way to do that may be to figure out who made up the rumor that I kissed her crush."
Kindle Price: $0.99
Click here to download this book. 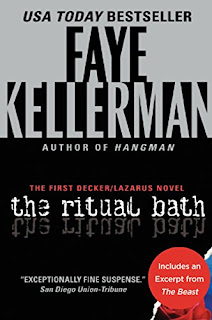 The Ritual Bath
Detective Peter Decker of the LAPD is stunned when he gets the report.Someone has shattered the sanctuary of a remote yeshiva community in the California hills with an unimaginable crime. One of the women was brutally raped as she returned from the mikvah, the bathhouse where the cleansing ritual is performed. The crime was called in by Rina Lazarus, and Decker is relieved to discover that she is a calm and intelligent witness. She is also the only one in the sheltered community willing to speak of this unspeakable violation. As Rina tries to steer Decker through the maze of religious laws, the two grow closer. But before they get to the bottom of the horrendous crime, revelations come to light that are so shocking that they threaten to come between the hard-nosed cop and the deeply religious woman with whom he has become irrevocably linked.
Kindle Price: $1.99
Click here to download this book.
Posted by Joisel at 12:00 AM