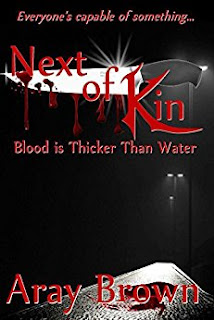 Blood Is Thicker Than Water
Medina Price always wanted to be a cop, just like her successors, until she gets thrown into a corrupt life at an early age due to witnessing her mother being slaughtered at the hands of a hired gun man. Now that she's been seduced by darkness, she vows to get revenge, but she gets more than she bargained for. What will Medina do? At this juncture in her life Medina realizes that... Everyone is capable of something.
Kindle Price: $0.00
Click here to download this book. 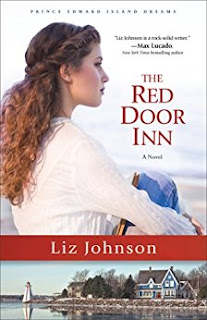 The Red Door Inn
Marie Carrington is running from a host of bad memories. Broke and desperate, she's hoping to find safety and sanctuary on Prince Edward Island, where she reluctantly agrees to help decorate a renovated bed-and-breakfast before it opens for prime tourist season. Seth Sloane didn't move three thousand miles to work on his uncle's B&B so he could babysit a woman with a taste for expensive antiques and a bewildering habit of jumping every time he brushes past her. He came to help restore the old Victorian--and to forget about the fiancée who broke his heart. The only thing Marie and Seth agree on is that getting the Red Door Inn ready to open in just three months will take everything they've got. Can these two wounded souls find hope, healing, and perhaps a bit of romance on this beautiful island?
Kindle Price: $1.99
Click here to download this book. 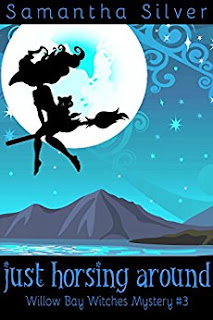 Just Horsing Around
When vet clinic owner and witch Angela Martin is called to the farm which houses one of the most famous former racehorses in the country, she's super excited. After all, it's not everyday you get to meet a horse of Seabiscuit-level fame. But when the horses' owner is killed only feet away from where Angela was working, that excitement quickly turns to horror. And worse - the patronizing police chief of the town next to Willow Bay thinks she's one of the prime suspects. Angela has to find the murderer fast, before she finds herself in jail. But she also has to contend with Sophie trying to discover if she has more magical powers, and a mysterious new businessman in town who seems to be interested in buying up large parts of downtown Willow Bay. Not to mention finding time for that promised date with Jason Black. Angela has a tough week in front of her. But she has no idea how dangerous it's about to get as she delves into the world of horse racing to try and find the killer.
Kindle Price: $0.99
Click here to download this book. 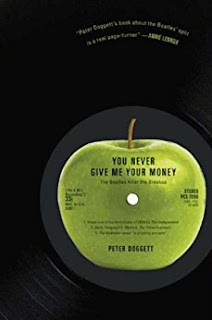 You Never Give Me Your Money: The Beatles After the Breakup
This is a compelling human drama and an equally rich and absorbing story of the Beatles' creative and financial empire, set up to safeguard their interests but destined to control their lives. From tragedy to triumphant reunion, and chart success to courtroom battles, this meticulously researched work tells the previously untold story of a group and a legacy that will never be forgotten.
Kindle Price: $1.99
Click here to download this book. 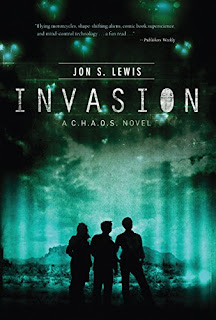 Invasion
Colt McAlister was having the summer of his life. He spent his days surfing and his nights playing guitar on the beach with friends. He even met a girl and got his first car. But everything changes when his parents are killed in a freak accident. He's forced to leave his old life behind and move to Arizona with his grandfather. The only person he knows at the new high school is a childhood friend named Dani. And Oz, a guy he's sure he's never met but who is strangely familiar. But what if his parents' death wasn't an accident? His mother, an investigative reporter, was going to expose a secret mind-control program run by one of the world's largest companies. Before she could release the story, what if agents from Trident Biotech made sure she couldn't go public? Vowing to uncover the truth, Colt gets drawn into a secret world of aliens, shapeshifters, flying motorcycles, and invisible gateways.
Kindle Price: $0.99
Click here to download this book. 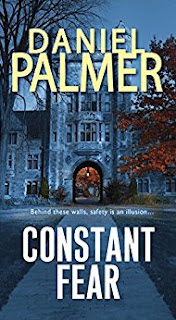 Constant Fear
When Jake Dent’s dreams of baseball glory fell apart in a drunk-driving incident, his marriage did too. In those dark days, a popular survivalist blog helped to restore Jake’s sense of control. He’s become an avid Doomsday Prepper, raising his diabetic son, Andy, to be ready for any sudden catastrophe. Andy, now a student at the prestigious Pepperell Academy where Jake works as a custodian, has a secret—he’s part of a computer club that redistributes money from the obscenely wealthy to the needy. Usually, their targets don’t even realize they’ve been hacked. But this time, they’ve stolen from the wrong people: a vicious drug cartel that is coming to get its money back… Staging a chemical truck spill as a distraction, the cartel infiltrates the Academy, taking Andy and his friends hostage one by one. Jake, hidden inside the school’s abandoned tunnels, knows that soon the killing will start. With his training, and a stockpile of weapons and supplies, he’s the last, best hope these students—including his son—have of getting out alive. But survival is no longer an abstract concept. It’s a violent, brutal struggle that will test Jake to the limit, where there are no rules and no second chances…
Kindle Price: $2.99
Click here to download this book.
Posted by Joisel at 12:00 AM