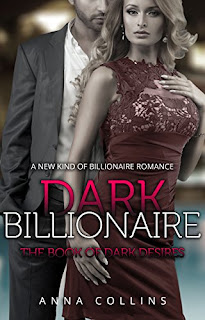 Dark Desires
Jennifer Weber is an up and coming journalist with her eyes set on bringing down a highly respected billionaire. Michael Lloyd is considered above reproach and a man of considerable means. Jennifer is that tenacious pit bull that has no problem getting deep into the dirt to find what she’s looking for. She begins to make inroads by accosting him with a proposition that he would be a fool to turn down. They both see each other as a means to an end. They begin to realize that being this close can cause the unseen side effect of wanting more than just lip service.  This will be a journey of self discovery for the both of them. Jennifer will learn who Michael Lloyd really is and Jennifer will find out what she is capable of in more ways than one. Will it surprise them to learn that they have more in common than they would ever believe? Those dark desires will rise to the surface and the fantasy will become reality.
Kindle Price: $0.00
Click here to download this book.

TEARS OF GLASS
From the pen of a Bafta winning screenwriter and links to music from a Bafta winning Composer, this is an exciting Roller-Coaster Thriller which you just can’t put down.‘ A Wonderful, Scintillating package’ BBC TV
Kindle Price: $0.00
Click here to download this book. 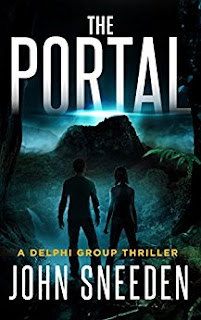 The Portal
While recording sound waves across the universe, NASA makes an astonishing discovery close to home. A strange audio transmission is detected in a remote region of northern Brazil. The transmission has no known source, and the signature has only been recorded on two other occasions: once from inside the Andromeda Galaxy. Determined to discover if the sound was produced by alien intelligence, the US government turns to the Delphi Group. Senior Delphi operative Zane Watson is tapped to lead a select contingent of academics, locals, and US Army Special Forces deep into the heart of the Amazon rainforest, seeking to unlock the mystery of who or what is hidden there.  Stalked by a shadowy group with their own agenda and facing terrors both ancient and modern, the team follows a trail of clues to a dark corner of the jungle, a place so horrifying that even the indigenous people fear crossing its borders. From a high-rise apartment building in Taiwan to the mountains of Idaho and the jungles of Brazil, the stakes for Delphi have never been higher.
Kindle Price: $0.99
Click here to download this book.
Posted by Joisel at 12:00 AM