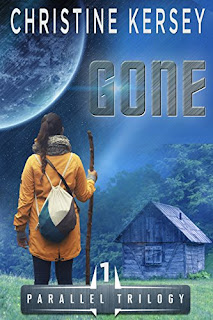 Gone
What if everything you knew was suddenly gone? Sixteen-year-old Morgan Campbell runs away from home and when she returns the next day her world is turned upside-down. Not only is her family missing, but another family is living in her house and claims to have lived there for weeks. As Morgan desperately works to figure out what has happened, she finds society has become obsessed with weight in a way she has never seen before. The more she searches for answers, the more she begins to wonder if she has somehow ended up in another world—a world she doesn't want to be a part of.  Can she survive in this world until she can get home?
Kindle Price: $0.00
Click here to download this book. 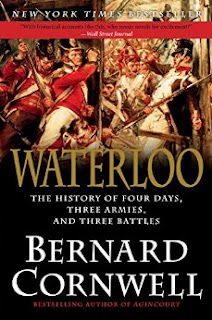 Waterloo
Some battles change nothing. Waterloo changed almost everything.' On the 18th June, 1815 the armies of France, Britain and Prussia descended upon a quiet valley south of Brussels. In the previous three days the French army had beaten the British at Quatre-Bras and the Prussians at Ligny. The Allies were in retreat. The blood-soaked battle of Waterloo would become a landmark in European history, to be examined over and again, not least because until the evening of the 18th, the French army was close to prevailing on the battlefield. Now, brought to life by the celebrated novelist Bernard Cornwell, this is the chronicle of the four days leading up to the actual battle and a thrilling hour-by-hour account of that fateful day. In his first work of non-fiction, Cornwell combines his storytelling skills with a meticulously researched history to give a riveting account of every dramatic moment, from Napoleon's escape from Elba to the smoke and gore of the battlefields. Through letters and diaries he also sheds new light on the private thoughts of Napoleon and the Duke of Wellington, as well as the ordinary officers and soldiers. Published to coincide with the bicentenary in 2015, Waterloo is a tense and gripping story of heroism and tragedy - and of the final battle that determined the fate of Europe.
Kindle Price: $2.99
Click here to download this book.

TEARS OF GLASS
From the pen of a Bafta winning screenwriter and links to music from a Bafta winning Composer, this is an exciting Roller-Coaster Thriller which you just can’t put down.‘ A Wonderful, Scintillating package’ BBC TV
Kindle Price: $0.00
Click here to download this book.
Posted by Joisel at 12:00 AM