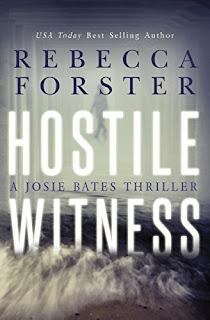 HOSTILE WITNESS
When sixteen-year-old Hannah Sheraton is arrested for the murder of her step-grandfather, the chief justice of the California Supreme court, her distraught mother turns to her old college roommate, Josie Bates, for help. Josie, once a hot-shot criminal defense attorney, left the fast track behind for a small practice in Hermosa Beach, California. But Hannah Sheraton intrigues her and, when the girl is charged as an adult, Josie cannot turn her back. But the deeper she digs the more Josie realizes that politics, the law and family relationships have created a combustible and dangerous situation. When the horrible truth of the murder is uncovered could save Hannah Sheraton or destroy them both.
Kindle Price: $0.00
Click here to download this book. 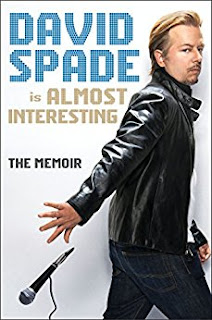 Almost Interesting
David Spade is best known for his harsh “Hollywood” Minute Sketches on SNL, his starring roles in movies like Joe Dirt and Tommy Boy, and his seven-year stint as Dennis Finch on the series Just Shoot Me. Now, with a wit as dry as the weather in his home state of Arizona, the “comic brat extraordinaire” tells his story in Almost Interesting. First Taking fans back to his childhood as a wannabe cool younger brother and recounting his excruciating road-tour to fame—when he was regularly mistaken for a ten year-old, Spade then dishes about his time crisscrossing the country as a comedian, for low-paying gigs and dragging along his mother’s old suitcase full of props. He also covers his years on SNL during the beloved Rock/Sandler/Farley era of the 1990s, including his close working relationship and friendship with Chris Farley and brags about the ridiculous perks that fame has brought into his life, including the constant fear of being fired, a crazy ex-assistant who attached him while he was sleeping, a run-in with Eddie Murphy on the mean streets of Beverley Hills, and of course an endless supply of hot chicks.
Kindle Price: $1.99
Click here to download this book.

TEARS OF GLASS
From the pen of a Bafta winning screenwriter and links to music from a Bafta winning Composer, this is an exciting Roller-Coaster Thriller which you just can’t put down.‘ A Wonderful, Scintillating package’ BBC TV
Kindle Price: $0.00
Click here to download this book.
Posted by Joisel at 12:00 AM