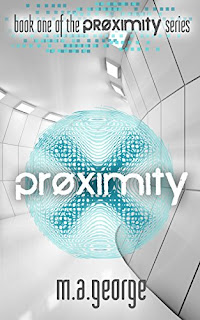 Proximity
She's an alien whose home world doesn't even know she exists. He just inherited a planet, and now he's running from it. She has spent a lifetime hiding in plain sight. He wants to escape the spotlight. Her touch can heal. His wounds are deep. Two hearts, two planets collide. It's the perfect union. Except the part where the world's about to end.
Kindle Price: $0.00
Click here to download this book. 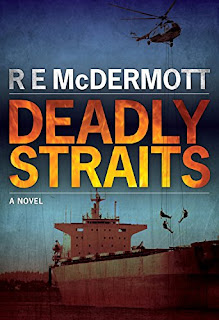 Deadly Straits
When marine engineer and very part-time spook Tom Dugan becomes collateral damage in the War on Terror, he's not about to take it lying down. Falsely implicated in a hijacking, he's offered a chance to clear himself by helping the CIA snare their real prey, Dugan's best friend, London ship owner Alex Kairouz. Reluctantly, Dugan agrees to go undercover in Alex's company, despite doubts about his friend's guilt. Once undercover, Dugan's steadfast refusal to accept Alex's guilt puts him at odds not only with his CIA superiors, but also with a beautiful British agent with whom he's romantically involved. When a tanker is found adrift near Singapore with a dead crew, and another explodes in Panama as Alex lies near death after a suspicious suicide attempt, Dugan is framed for the attacks. Out of options, and convinced the attacks are prelude to an even more devastating assault, Dugan eludes capture to follow his last lead to Russia, only to be shanghaied as an 'advisor' to a Russian Spetsnaz unit on a suicide mission.
Kindle Price: $0.99
Click here to download this book.