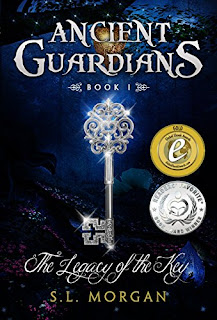 Ancient Guardians
No matter where you are, facing your reality with passion and purpose will always lead down the path you were intended to go. Reece Bryant was able to pick up the pieces of her broken life after the sudden death of her father. Though emotionally draining, she found the courage to move on, which would have made her father proud. After finalizing the last of his estate, and returning to pursue her degree in medical school, she has never felt so confident. While making her way through this world on her own, she is suddenly confronted with the truth of her existence, and the reality of her future. It is when she encounters two alluring and mysterious men, that a series of extraordinary events takes place, putting Reece’s life in grave danger. With her life in the balance, Reece must blindly trust the two mysterious strangers; and when she does, she is brought into an enchanting world that is beyond her logical comprehension. This captivating land reveals new worlds and new dimensions to which her existence is paramount. But it is once she falls in love with the stunning Levi Oxley that everything will change, and Reece’s life will be in more danger than ever before. Forced to return to Earth and face a Council of Worlds, Reece discovers there is more to this enchanting dimension than she could have ever imagined.
Kindle Price: $0.00
Click here to download this book. 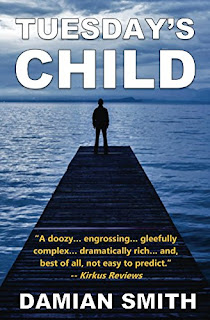 Tuesday's Child
When Portland lawyer, Guy Phillips learns that he has a 5-year-old daughter in Texas, he's determined to be a part of her life. But, when the girl's mother is found floating dead in White Rock Lake a few months later, Guy is shocked to find himself at the center of the murder investigation. Now he must fight; to protect his daughter, to save his marriage, and to prove his innocence by pointing authorities to the real killer.
Kindle Price: $0.99
Click here to download this book.
Posted by Joisel at 12:00 AM