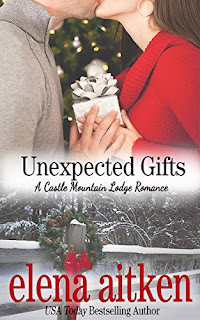 Unexpected Gift
Christmas represents everything Andi Williams is supposed to have, and doesn't. Running away to a remote mountain lodge in the Canadian Rockies, sounds like the perfect way to escape, until a mix-up finds her sharing a villa with sexy, rough around the edges, Colin Hartford. Colin's determination to enjoy the holiday he’s missed for the last five years, sweeps Andi into a season of joy that she’s not sure she’s ready for. Can Andi open herself up to everything the holidays have to offer... including love.
Kindle Price: $0.00
Click here to download this book. 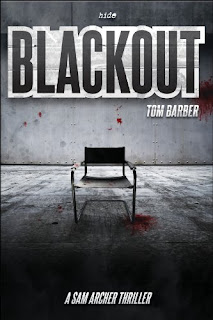 Blackout
Young counter-terrorist cop Sam Archer arrives for work at the Armed Response Unit expecting a quiet day. But unbeknownst to him, a storm is coming. Three men have already been killed that morning. One committed suicide by the River Thames. Another was strangled in his car in Washington D.C. And the third was shot in the face in his high-rise New York apartment as he slept. The deaths seem random, thousands of miles apart. But they are all connected. By a shocking event fifteen years ago. And this is only the beginning. Archer, Chalky and the rest of the Unit suddenly find themselves plunged into a ferocious and violent confrontation, fighting for their lives. The enemy they are up against are brutal, highly trained, well-armed and anonymous. No one knows where they have come from. No one seems to know who they are. But they have a vendetta. They will never forgive or forget, or show mercy. And for some reason, they’re hell-bent on killing ten specific people before the end of the day. As the Unit tries to find out who these killers are and locate the remaining targets so they can protect them, it becomes a race against time to see who can get there first. As the counter-terrorist unit and the vengeful enemy come up against each other all over the city, Archer and the team soon realise two things. This enemy is more proficient and deadly than any they've ever encountered.
Kindle Price: $1.99
Click here to download this book.
Posted by Joisel at 12:00 AM