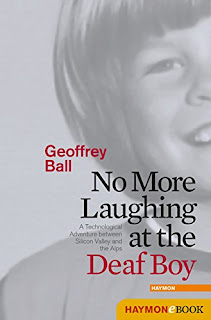 No More Laughing at the Deaf Boy
Geoffrey Ball's extraordinary adventure in technology began in the legendary Silicon Valley of California and ultimately led him to the mountains of Austria, where he now lives and continues his work. Even as a child, Ball knew that sign language, conventional hearing aids, and lipreading were not for him, so he decided to find a cure for his deafness. Never letting his disability stand in his way, he became a kind of modern Renaissance man with wide-ranging interests and abilities, all coupled with an undeniable talent for entrepreneurship and invention. Ball introduces us to family and friends, surfing buddies and lab rats, business partners and fellow inventors, computer and Internet legends, the larger-than-life mentor who gave him his start, and the woman who ultimately saved his brainchild. He intersperses insights into technology and business with personal anecdotes and fascinating accounts of successes, failures and near misses along the way. Geoffrey R. Ball was born in Ann Arbor, Michigan, in 1964 but raised in Silicon Valley. Diagnosed with severe hearing loss as a young child, he grew up to become a leading researcher in the field of hearing implants and co-founder of several companies. Today he is widely recognized as an entrepreneur and inventor who never took the easy road to achievement. The hearing implants he developed are now being implanted in over 60 countries worldwide.
Kindle Price: $0.00
Click here to download this book. 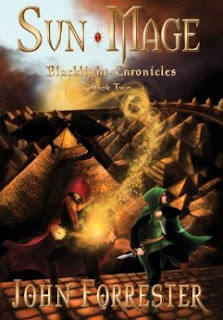 Sun Mage
Far out to sea, a mysterious island holds the ancient city of Darkov. The immortal sorcerer Aurellia awaits the arrival of Talis and Mara. The Temple of the Sun lures both dark and light forces to discover its power. Talis and Mara will have to use their wits to escape slavery and trek out into the jungle. Foul fields of undead will trap them. Twin ancient cities, one of light and one of darkness, one ruined and one hideous in its power. Only one map can guide them. But can they bear to enter the land of the dead? To face the God of the Underworld himself? If they fail, their family and city will fall to the Jiserians. And the world itself will slip into darkness. Unless Talis can first unlock the power of light magic.
Kindle Price: $0.99
Click here to download this book.
Posted by Joisel at 12:00 AM