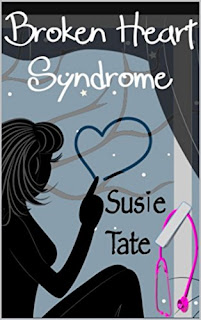 Broken Heart Syndrome
Shy, reclusive Frankie and her best friend Lou obsess over Thomas G. Longley, as they reverently refer to him, for their entire first two years of medical school. So when he publically humiliates her at the student bar she is devastated. Ten years later, Frankie has to work in the testosterone driven environment of Cardiology before she can start her palliative care training and, to her dismay, Tom is her boss. Thankfully the subject of her long-term crush doesn't seem to remember her and, given her ability to blend into the background, she’s not really surprised. What does surprise her is how cruel he is. Sure he squished her self esteem like a bug at Uni, but the Tom she spent many a pointless lunch break or library session covertly watching seemed easy going and quick to smile; not an uptight, overly critical bully.
Kindle Price: $0.00
Click here to download this book. 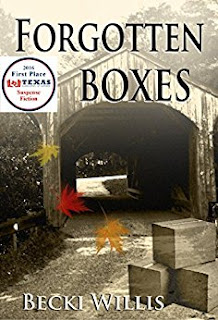 Forgotten Boxes
Named sole heir to her aunt's estate, Charity Gannon arrives in the Northeast Kingdom of Vermont, hoping to find a link to her past. She's not looking for lost treasures; she is searching for a connection to the aunt she barely knew. What she finds is a thirty-something-year-old mystery and questions with no answers. A sad, secluded cottage, all but hidden amid the vines. A man's suit of clothes, tainted with dried blood and a bullet hole. Four forgotten boxes, stuffed into a large bag and buried in the far corners of the shed. These are not just any boxes. These are unopened, undelivered boxes, left behind by the now-defunct Kingdom Parcel. All four boxes are marked March 14, 1984... the very day her uncle, president and driver for the delivery service, was said to have committed suicide. Four forgotten boxes, whose owners might still be out there, waiting for a delivery that never arrived. The undelivered boxes haunt Charity, tugging at her conscience. Hadn’t someone noticed them missing? Hadn’t anyone wondered about the failed delivery? Thinking it might be fun to surprise the recipients after all these years, Charity sets out to deliver the packages to their rightful owners. Along the way, one of the love stories she discovers is her own. Fate throws her into the sturdy arms of Tarn Danbury, a burly sugarmaker with eyes as beautiful as the mountain pond from which he was named, and a voice as smooth and rich as the dark syrup he produces.
Kindle Price: $0.99
Click here to download this book.