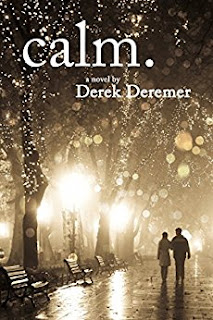 calm
Daniel Holmes is a new teacher in an inner-city middle school far from his home. Long days, apathetic students, and failed romances have led him to a life of isolation and alcohol. One day, he stumbles upon a broken young woman outside of his apartment. Ignoring the advice of others, Daniel resolves to help her escape a life of addiction that is sending her to an early grave. However, he quickly discovers that he may be the one that is too far gone.
Kindle Price: $0.00
Click here to download this book. 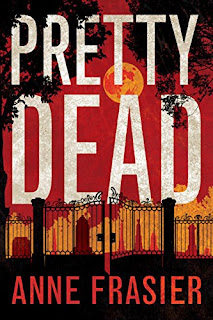 Pretty Dead
A serial killer stalks the streets of Savannah...
Homicide detective Elise Sandburg and her partner, profiler David Gould, are all too familiar with the terrible costs of chasing evil. Despite their wounded psyches, the detectives delve into the deranged killer’s twisted mind, determined to unravel the clues in the taunts he leaves behind.
A city gripped by fear...
When his daughter becomes the killer’s next victim, a grief-stricken mayor comes down hard on the police, demanding that they catch the psychopath—now. Feeling the pressure, department officials enlist the aid of an FBI profiler who has unresolved business with David.
A cunning and elusive madman...
In a heart-pounding race to stop the next homicide, the detectives uncover their own role in the madman’s deadly game. Will they outsmart the killer before another horrific murder takes place in their beautiful city? Or have Elise and David finally met their match?
Kindle Price: $2.00
Click here to download this book.

Killing Secrets
Rachel James’ ex-husband is released from prison determined to reclaim her and her little girl — the child is his key to controlling the James fortune. Frightened, Rachel flees to Denver with the child who hasn’t uttered a word since her daddy went to prison. Contractor Patrick Thorne wants nothing to do with another of his parents’ charity cases. He failed his own wife so abysmally she took her own life as well as his unborn son’s. After two years, it’s time to concentrate on the bid he’s won and the saboteur trying to destroy his construction firm. There is no room for trust in either of their hearts. But trust is all that will untangle the secrets that dominate their lives, free a little girl of her silent prison, and save them all from a serial killer who stands too close.
Kindle Price: $1.99
Click here to download this book.